'They mean business now': Manhattan DA has seriously ramped up his investigation of Trump’s finances 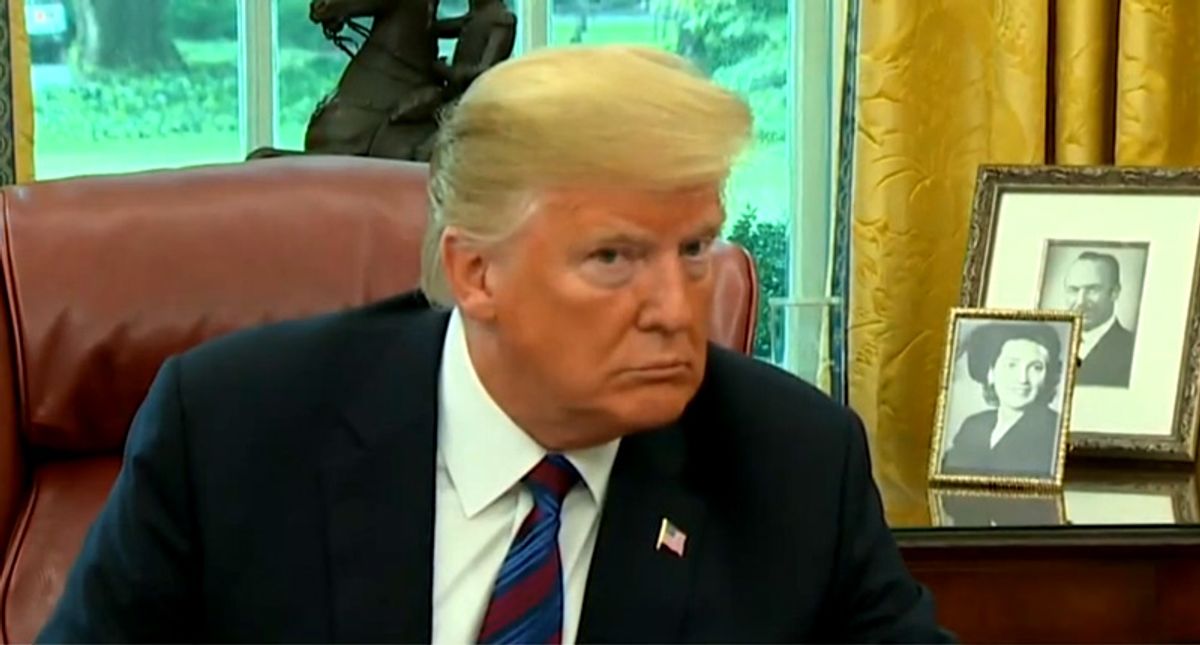 Although former President Donald Trump was acquitted in both of his impeachment trials in the U.S. Senate, he is facing two criminal investigations: one in Georgia — where Fulton County District Attorney Fani Willis is probing his efforts to undermine the 2020 election results in that state — and one in New York City, where Manhattan District Attorney Cyrus Vance, Jr. is investigating his finances. Vance's investigation is the subject of an in-depth article by The New Yorker's Jane Mayer, who stresses that the Manhattan DA's team is now "waging a ferocious battle."

"No previous president has been charged with a criminal offense," Mayer notes. "If Trump, who remains the Republican Party's most popular potential presidential candidate and who recently signaled interest in another run, is charged and convicted, he could end up serving a prison term instead of a second White House term. Vance, the scion of a prominent Democratic family — the kind of insider whom the arriviste Trump has long resented — now has the power to rewrite Trump's place in history."

Vance's office was investigating Trump's finances while he was still president, but according to Mayer, the investigation has "picked up dramatically" since his departure from the White House. Vance, Mayer notes, has hired former federal Mark Pomerantz as a special assistant." And one of Mayer's sources told her that Pomerantz was brought on "to scare the shit out of people."

In addition to hiring Pomerantz, Vance is now using the forensic accounting firm FTI to probe Trump's finances. Conservative attorney George Conway, one of Trump's most vehement critics on the right, told Mayer that the Pomerantz and FTI hirings "are signs that the D.A.'s office is approaching this investigation very seriously — they clearly think they have something, and they're trying to hone it and move it to a jury in New York."

Former federal prosecutor Preet Bharara told Mayer, "All the signals indicate that there's a belief on the part of that office that there's a good chance of a charge….. (But) no one should be under the illusion that this is easy or a slam-dunk case."

Another former federal prosecutor, Andrew Weissmann — who once headed the U.S. Department of Justice's criminal fraud division — told Mayer that Vance's decision to use FTI shows how serious he is, explaining, "The fact that they are exterior to the office is really important. You can discount the argument that they're political. It's invaluable."

An anonymously quoted source, described by Mayer as someone "extensively involved in the investigation," compared the investigation now to where it was in the past and said, "It's night and day." Another source said of Vance's team, "They mean business now" — and a source who complained that Vance's probe of Trump's finances was moving too slowly before told Mayer, "They're sharpshooting now, laser-beaming…. It hit me — they're closer."

During a March 12 appearance on MSNBC's "Morning Joe," Mayer discussed her article and confirmed that according to Vance himself, the Manhattan DA will not be seeking reelection.

Mayer told "Morning Joe" hosts Joe Scarborough and Mika Brzezinski, "He told me that he's not seeking reelection, and his term ends on December 31."

Vance's decision, Mayer added, "comes at a time when the investigation seems to really be heating up."

Mayer emphasized, however, that Vance has "brought in people who will help with continuity" in the investigation of Trump's finances.

A cybersecurity official at the Department of Homeland Security wants to see a report on Georgia's voting machines that a judge has ordered sealed -- which has fueled right-wing conspiracy theories about election fraud.

U.S. District Judge Amy Totenberg ordered the report by a computer security expert to remain sealed to avoid fueling election conspiracies -- but her order has backfired, reported The Daily Beast.