Maria Bartiromo grills Marco Rubio on flying saucers: 'What can you tell us about UFOs?' 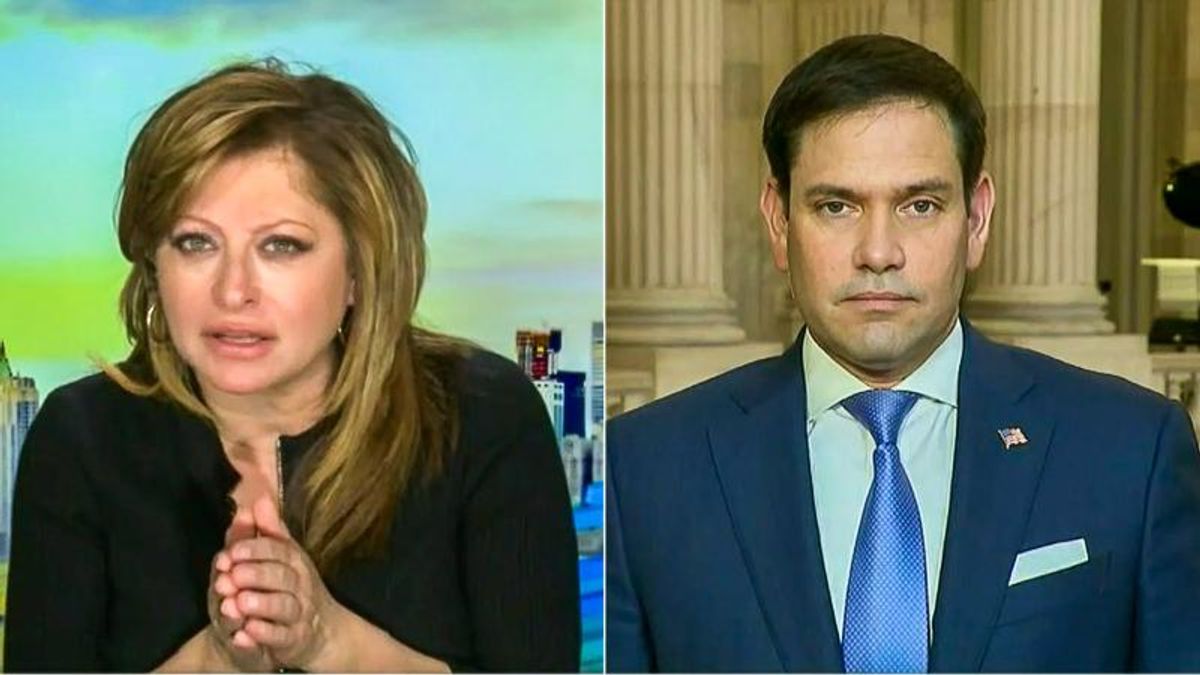 Bartiromo's interview with Rubio came after she took time out of her interview with former Director of National Intelligence John Ratcliffe to talk about UFOs during a Fox News interview on Friday.

"What can you tell us about UFOs?" she asked Rubio on Wednesday in a segment titled "Life Beyond Earth."

"Well, we have things flying over military installations, over military exercises and other places and we don't know what it is," Rubio explained. "It isn't ours. It isn't anything that's registered to the FAA and in many cases exhibits attributes of things we've never seen, the kinds of technology we haven't seen before or at least that's what it seems like. I think you have to know what it is and we have to try to know what it is."

"The problem with this issue is every time you raise it, people get all, 'Does this mean UFOs and aliens and extraterrestrials?'" he added. "We don't have to go that far. It's very simple. There are things flying over national security installations. We don't know who they are. We don't know what it is. It isn't ours. We need to find out."

"This is absolutely fascinating," Bartiromo said. "So it't not necessarily like, you know, we have little ETs running around, aliens, but it could be technology that China or Russia or somebody else has developed that could be ahead of the United States then. That's even more worrisome to me."

"Again, I don't know," Rubio admitted. "It would be worrisome. I don't know that to be the case but we need to start finding out."