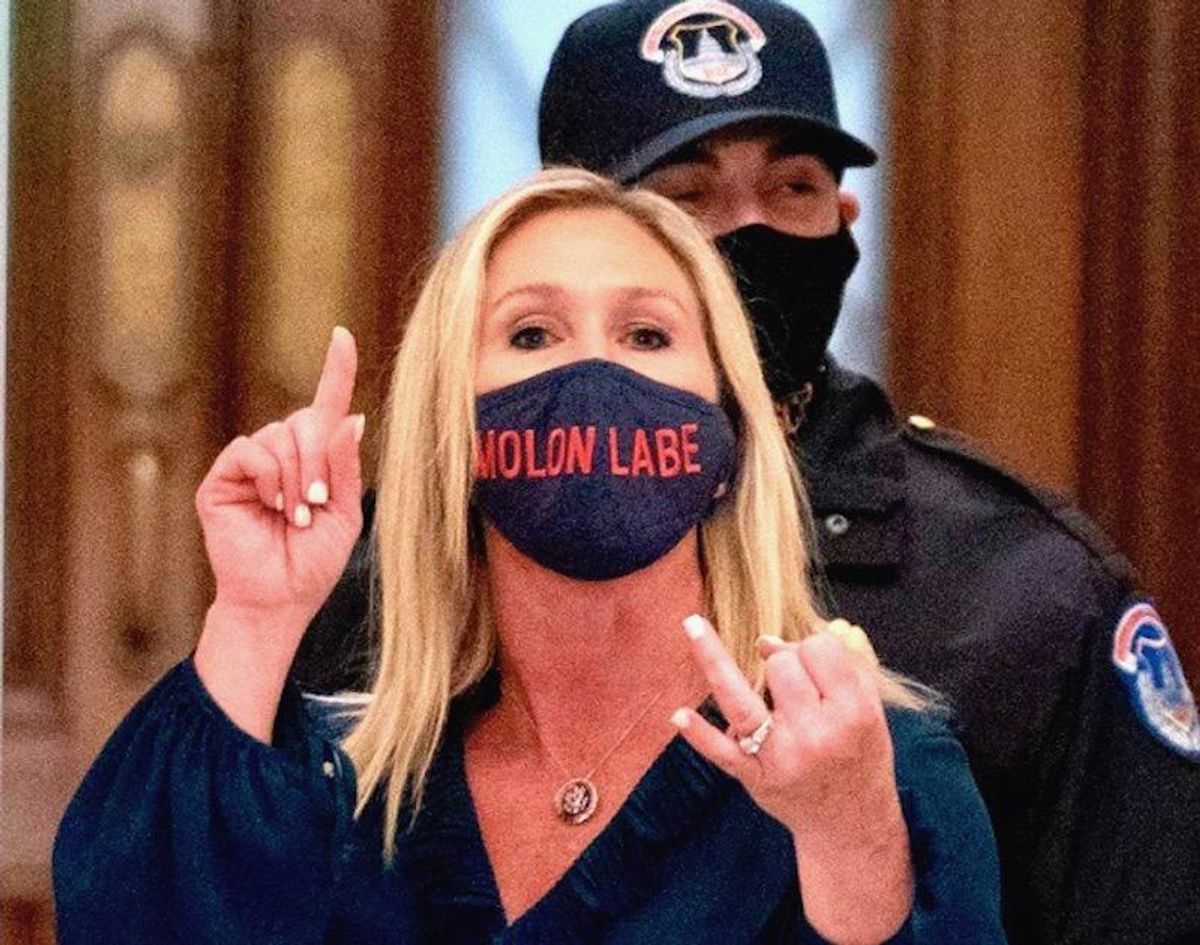 "I'm glad I ran into you today [Alexandria Ocasio-Cortez ] to plan our debate about the Green New Deal," Greene tweeted. "After I finish reading all 14 pages, like we agreed, I'll schedule time for our debate."

Then, on Thursday morning, Greene followed up with another tweet about Ocasio-Cortez's document describing it as a "Communist's manifesto."

While Greene believes it would be a good idea to debate the Democratic congresswoman, Twitter users believe the political grudge match could end up backfiring for the Georgia lawmaker. Many Twitter users have shared their reaction to Greene's call for a debate. Some expressed interest in tuning in for the debate while others believe it will only be a waste of time.

One Twitter user wrote, "AOC would absolutely DESTROY Marjorie Taylor Greene in a debate on the Green New Deal. Where can I get tickets?"

Another user wrote, "That would be a big waste of everyone's time. No one wants to watch a conspiracy theorist shout disinformation she heard on 'Fox and Friends' as AOC tries to explain economics and environmental science as if to a child."

However, others raised concern about the fact that Greene has constantly attacked Democratic lawmakers over The Green Deal but inadvertently admitted in the tweet that she'd never read it. "Wait. Let me get this right... you constantly attack the bill and everything it stands for... but you have never actually read it?" one Twitter user pointed out.

In response to the admission, Twitter users surmised that it must have been difficult for the lawmaker to read 14 pages. Another Twitter user wrote, "14 pages is a lot, maybe someone could make an audiobook for her."

According to Newsweek, AOC has not yet said anything about the possibility of debating Greene.