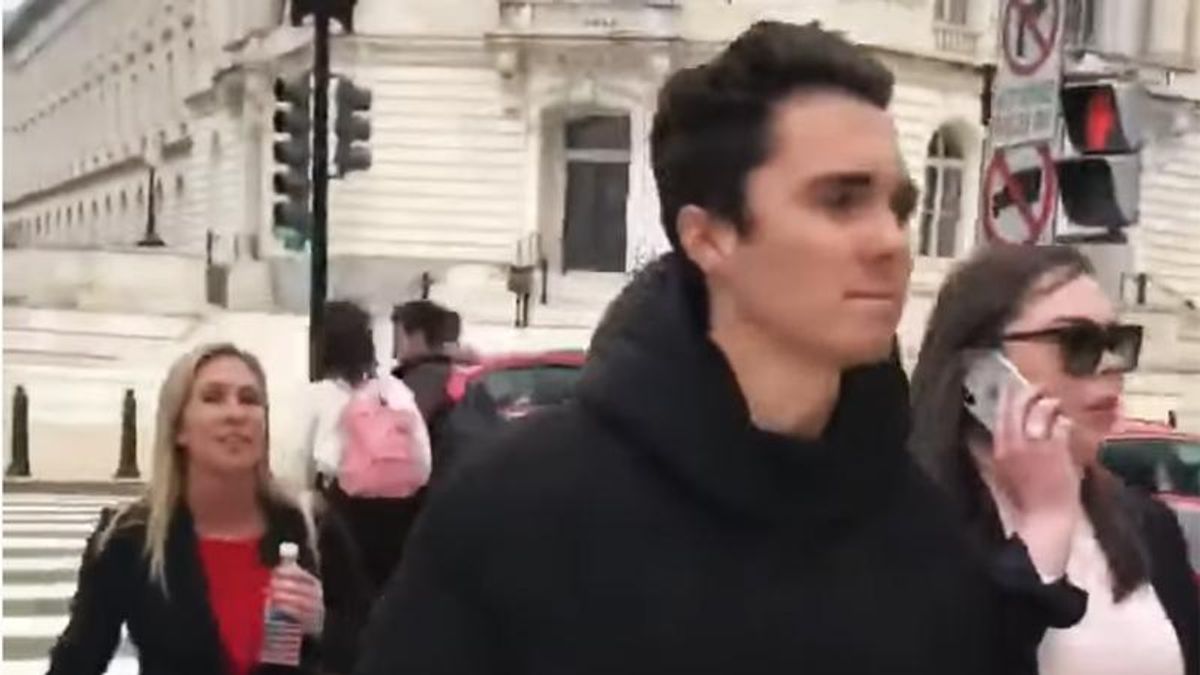 Controversial Rep. Marjorie Taylor Greene (R-GA) was called out on social media on Tuesday morning after video was shared showing her harassing a survivor of the 2018 shooting at Marjory Stoneman Douglas High School in Parkland, Florida.

The shooting, which left 17 people dead and injured 17 more, shocked the country and led to calls for more restrictions on high-powered weapons, but that apparently incensed the now Republican lawmaker who stalked survivor David Hogg and then posted a video of her peppering him with questions as he walked on the streets of Washington, D.C.

Greene posted the video to YouTube (which can be seen below) with the caption, "Marjorie Greene went to Washington DC to fight against dangerous 'Red Flag' Gun Confiscation. She confronted David Hogg for his push to lobby lawmakers to trample on our Second Amendment Rights."

Reaction to the video, including from Hogg, was quick and furious as stunned viewers went after the GOP lawmaker who has a history of posting and "liking" violent threats against Democratic lawmakers.

See reactions to the video below:

.@mtgreenee, is this you harassing @davidhogg111 weeks after the Parkland shooting, that my daughter was killed in… https://t.co/WzP4WCaJM3
— Fred Guttenberg (@Fred Guttenberg)1611753995.0