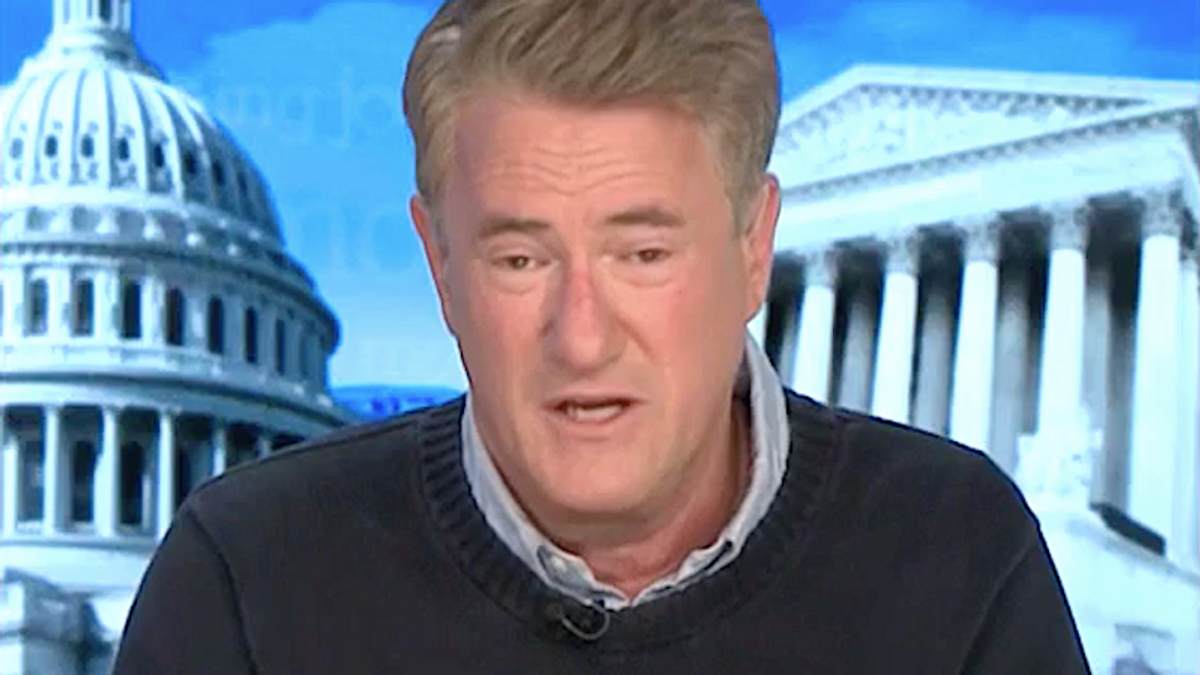 MSNBC's Joe Scarborough unloaded on Rep. Marjorie Taylor Greene (R-GA) for endorsing violence against the lawmakers she's been elected to serve alongside.

The newly elected Georgia Republican has already endorsed the QAnon conspiracy theory, and past Facebook posts have surfaced showing that she supported the execution of former president Barack Obama and House Speaker Nancy Pelosi as recently as 2019 -- and the "Morning Joe" host said it's always been clear she poses a threat to her colleagues.

"She ran an ad when she was running for office holding an AR-15 and having pictures of members of Congress who, of course, were women of color -- boy that's a shock -- where she said she was going after them," Scarborough said. "I don't know if she used the exact word targeting them."

Scarborough was already so worked up that he snapped at producers to take down Greene's photo from the screen, and he then called on GOP lawmakers to recognize the threat she poses to Congress and her possible role in the Capitol insurrection.

Scarborough said the threat was gravely serious, and he said Republicans better start acting like it.

"We're not talking about a debate over the Import-Export bank here, all right?" he said. "We're not talking about a debate over the organization of the United States Senate, the procedures behind that, a terrifically boring debate, a normal debate -- the sort of debates Washington used to have. We're now talking about a movement and a president that inspired people to come to Capitol Hill to try to kill -- their words, not mine -- the vice president of the United States and the Speaker of the House."