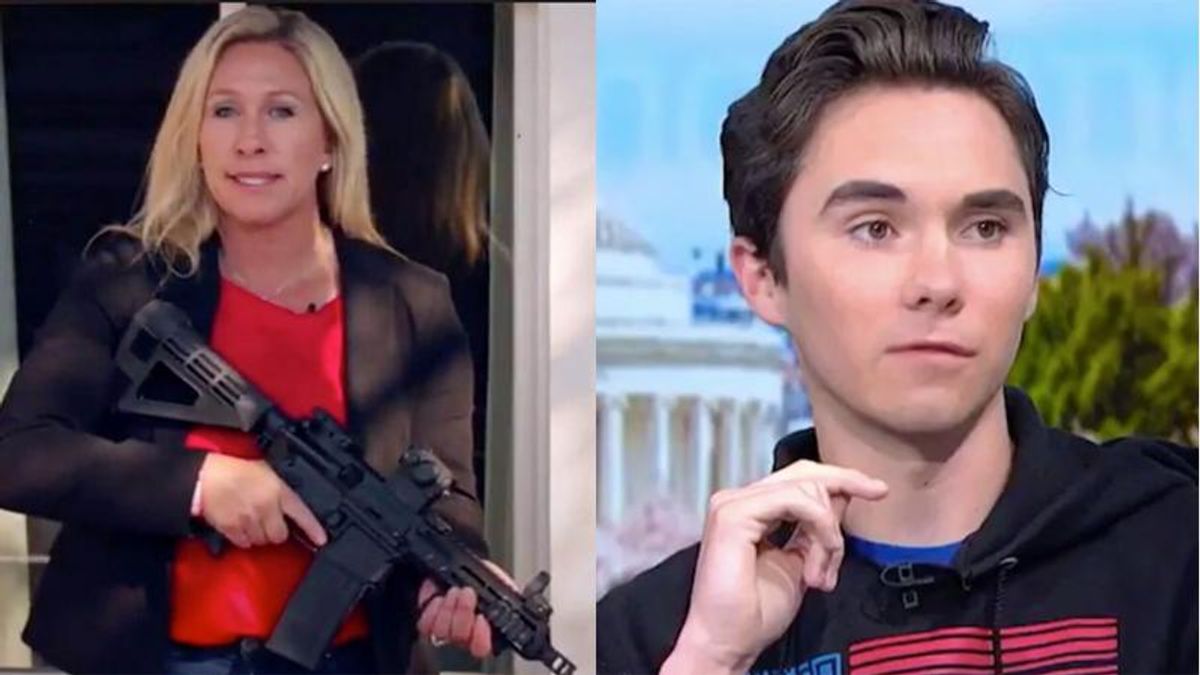 Kaczynski noted on Wednesday that posts the now-GOP lawmaker made about Hogg on Facebook -- where he was tagged with #hoggwash and #littlerhitler -- have gone missing.

Taylor Greene also called the young man who saw his classmates and teachers gunned down as "a bought and paid little pawn."

According to the KFiles founder, "Greene has taken down many of the Facebook statuses linked in our story, including calling @davidhogg111 'little Hitler,' and saying 'bingo' that he is 'bought and paid little pawn' when someone called him a 'paid actor.' Greene previously agreed Parkland was a false flag.'"

Greene has taken down many of the Facebook statuses linked in our story, including calling @davidhogg111 "little Hi… https://t.co/JIMjFNMaym
— andrew kaczynski (@andrew kaczynski)1611763659.0