U.S. Rep. Marjorie Taylor Greene (R-GA) is falsely telling the more than 400,000 people following her verified Facebook campaign account that "all the people" at the January 6 insurrection "were unarmed."

USA Today has a regularly updated trove that currently contains 675 of the more than 700 people who have been arrested and/or charged for their actions during the insurrection.

The database shows dozens were charged with possession or use of a dangerous weapon.

"At least 85 people are charged with carrying or using a weapon during the Capitol riots," Buzzfeed News reported last month, citing its analysis of court records, detailing them as: "Guns, knives, bats, chemicals, stolen police gear, flagpoles, a 'Trump 2020' sign, pieces of metal and wood, crutches, a skateboard, stun devices, a crow bar, and a firecracker."

"The US attorney’s office in Washington has said that approximately 140 police officers were assaulted on Jan. 6, and the majority of defendants charged with weapon-related offenses are also accused of using those objects to attack police. Some are charged with using weapons to break windows, and others are charged simply with having weapons at the Capitol, a crime in itself."

Back in October Scott MacFarlane, one of the top reporters covering the insurrection noted "at least 65 of the Jan 6 defendants have been charged with 'entering a restricted area with a dangerous or deadly weapon.'"

Also in October a conservative reporter and columnist at The Washington Examiner, Byron York, reported he had "counted 82 defendants" who have been charged with at least one of four main weapons charges.

And Mother Jones in September reported on its own investigation "drawing on public video footage, congressional testimony, and documents from more than a dozen federal criminal cases [that] reveals that various Trump supporters descended on DC that day armed for battle with guns and other potentially lethal weapons."

"At least three people arrested in connection with the insurrection are facing charges for carrying firearms on Capitol grounds. At least eight others carried knives or tasers at the Capitol, including two defendants who allegedly committed assaults with tasers, according to FBI and court documents. Multiple others arrested downtown and in the vicinity of the Capitol had rifles, pistols, explosive materials, and large supplies of ammunition. And communications among numerous January 6 suspects detailed in court documents indicate that many of their fellow insurrectionists were armed with guns."

The October Buzzfeed article says "no one is charged so far with having a gun inside the building," but all the above reports make clear there were many guns and other weapons, dangerous weapons, brought to the Capitol and used in the attack.

Greene, however, wants her supporters to believe yet another Big Lie.

"One of the biggest holes in the lie about J6 being a planned insurrection is that all the people there were unarmed," she writes. "Anyone with half a brain knows that gun owners only leave their firearms at home when they don’t feel the need to carry a gun or are obeying the law."

"There was no planning and we ALL denounced the riot," she added. 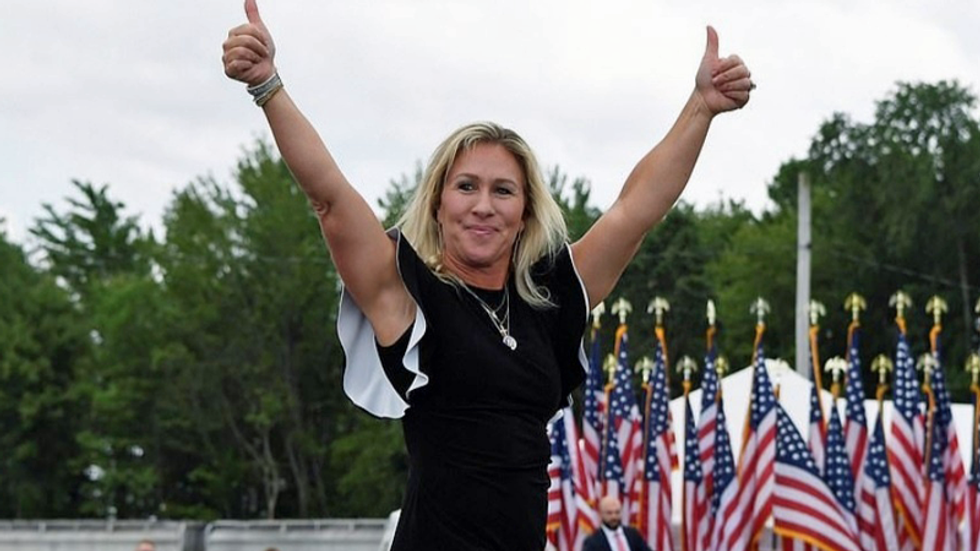