Republican U.S. Senate candidate seemed to imply he has the support of a 1990s rapper in a campaign advertisement.

"Vanilla Ice wants his fans to know that he is not affiliated with long shot Republican U.S. Senate candidate Mark McCloskey after a political ad featuring the artist’s name and photograph was promoted by the campaign on Thursday," the Kansas City Star reported Thursday. "In a statement Thursday evening, managers for Vanilla Ice said the rapper did not give approval for his show to be coupled with the political ad."

The ad announces "Team McCloskey" in Greene County on July 31.

"The campaign ad appeared to suggest, at least, that McCloskey and Vanilla Ice would be at the fair in Springfield, Missouri, on the same day. But McCloskey is scheduled to make his appearance on Sunday, two days after the show," the newspaper reported.

Raw Story was able to capture an screenshot of McCloskey's tweet. 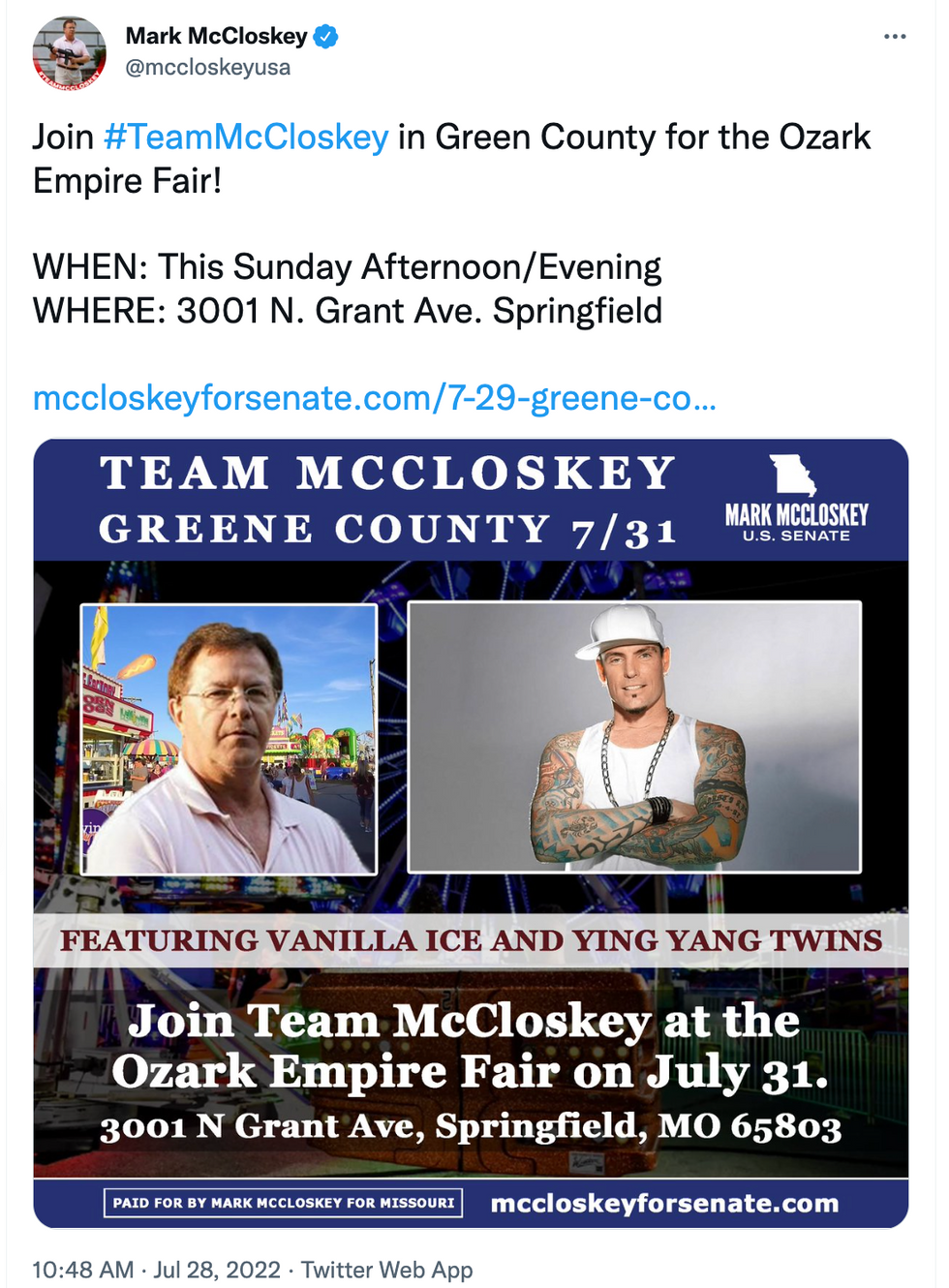 \u201cI'm proud to have the support of this American patriot who isn't afraid to speak the truth about the election! #NeverBackDown\nhttps://t.co/lf1TrIQvr1\u201d
— Mark McCloskey (@Mark McCloskey) 1657817870