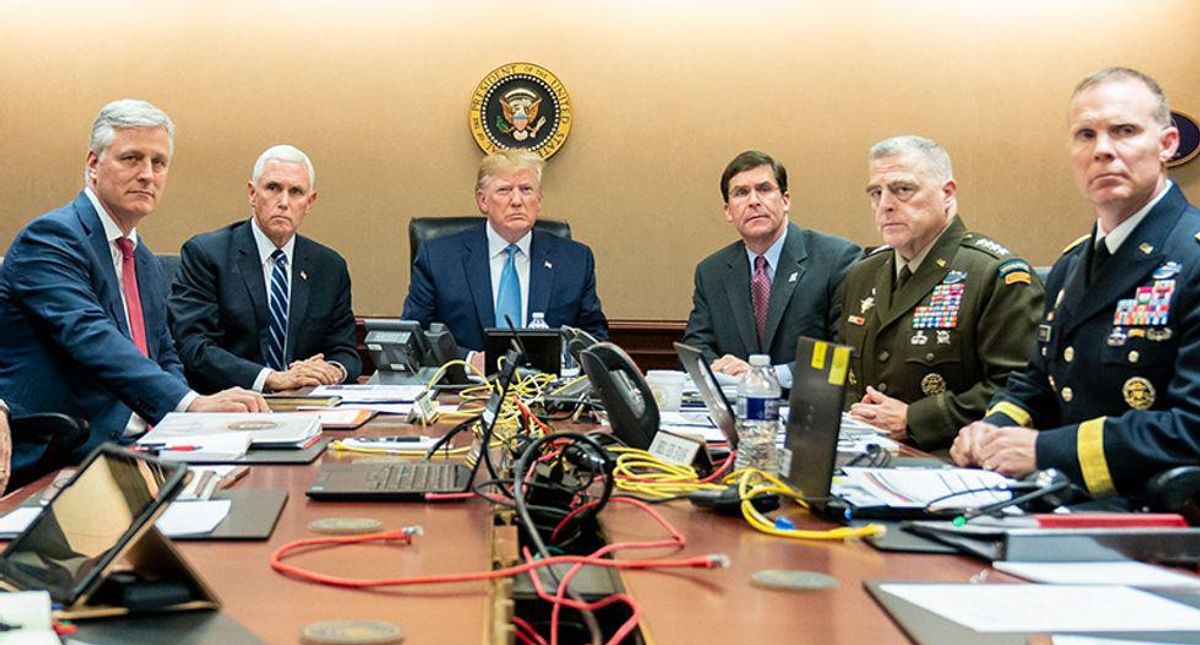 In the waning days of President Donald Trump's administration, Gen. Mark Milley was cautioned by a longtime friend that it was very clear that he was surrounded by incompetence, wrote the Daily Mail.

The tale is in the new book I Alone Can Fix It, by Washington Post reporters Carol Leonnig and Philip Rucker. Milley, the chairman of the Joint Chiefs, got a warning call from a friend on Election Night 2020.

The friend also explained that Milley was "an island unto yourself right now. You are not tethered. Your loyalty is to the Constitution."

Milley had reportedly been wary of Trump's attempts to use the military for political purposes after he joined part of the former president's entourage to the church across the street from the White House for a photo-op after Park Service officers tear-gassed Black Lives Matter protesters.

Michael Bender's book describes the scene as Milley watched Ivanka Trump lift a Bible from her $1500 Italian leather handbag for him to hold up as a prop for his photo-op. Milley stormed off, later apologizing to the country for involving himself when his job has traditionally been nonpartisan.

The book also revealed that Defense Secretary Mark Esper begged NBC News to kill a story about him being fired by Trump because it could have "worrisome repercussions" amid election turmoil. Esper was another adviser who was opposed to troops on American streets during Black Lives Matter protests.

"He was worried about what Trump might try to do with the military if he was not at the helm," wrote Rucker and Leonnig. "Esper warned the reporter Courtney Kube that publishing her story could result in a more compliant acting secretary of defense, which could have worrisome repercussions."