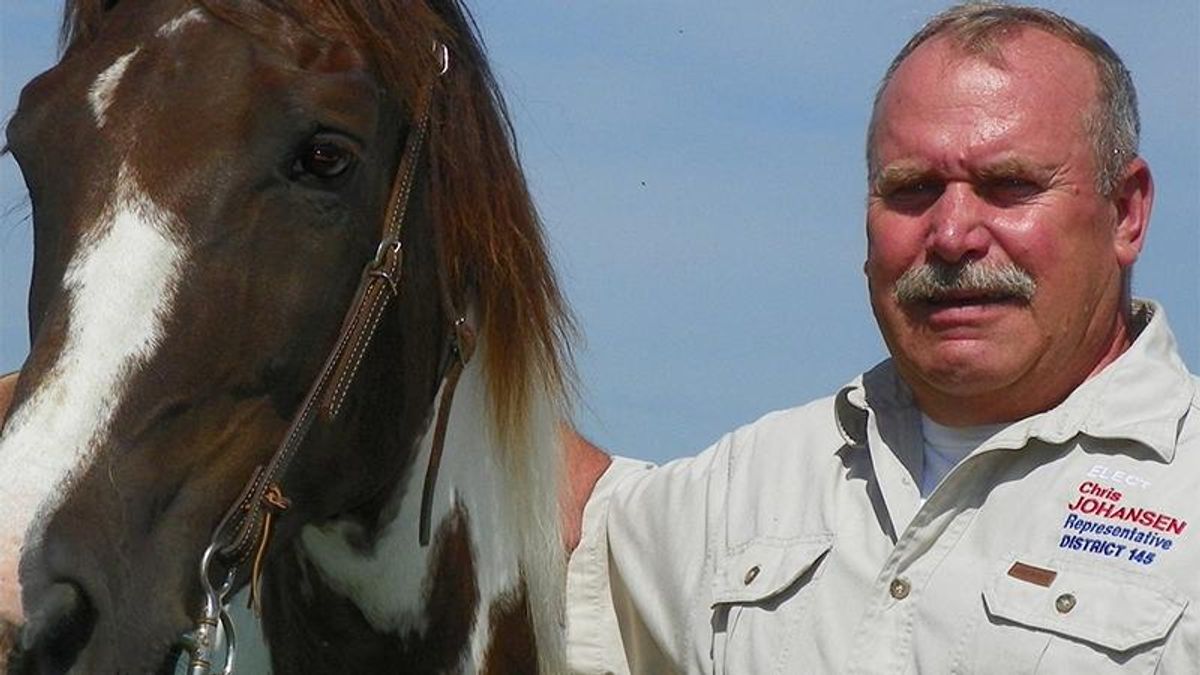 The wife of a Maine Republican lost her battle with COVID-19 after advocating against taking the COVID-19 vaccine and wearing masks. Aroostook County Republican Party treasurer Cindy Johansen died earlier this month.

After several days of comments on social media, it was confirmed in a story from the Maine Beacon and The Daily Beast on Friday that Cindy Johansen had died.

The Maine Beacon column specifically cited the COVID misinformation that led to Johansen and her husband both catching COVID and taking Mrs. Johansen's life.

"I also feel a deep sorrow that Mrs. Johansen sacrificed her life to an alternative narrative that positioned masks and vaccines, which were demonstrably effective at mitigating disease spread and severity, as an effort by Democrats to manipulate and control, to subvert individual liberties," wrote Kathryn Harnish on Friday.

The Republican state representative fell ill with the virus in July after he was "cited twice for breaking mask-wearing rules at the State House." He was one of seven GOP lawmakers in the Maine statehouse who refused to wear masks during their 2021 session. He subsequently lost his committee assignments, local news reports said. He gave a brief interview at the time simply saying he was sick and couldn't talk to anyone.

It came after he posted anti-lockdown statements downplaying the seriousness of the virus and memes he shared denouncing vaccines. 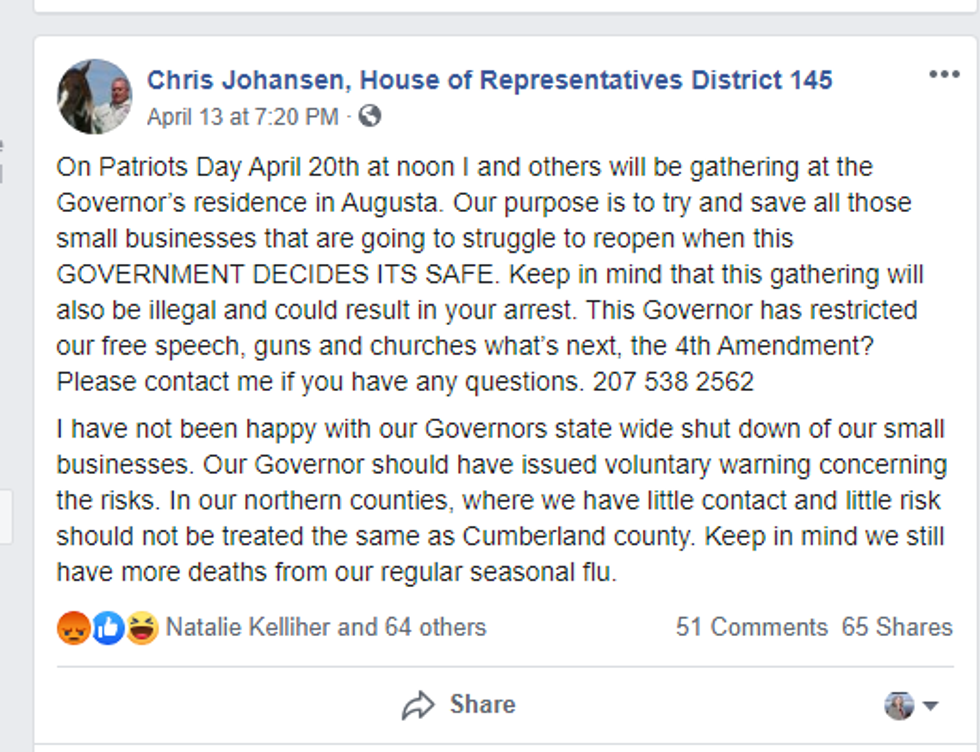 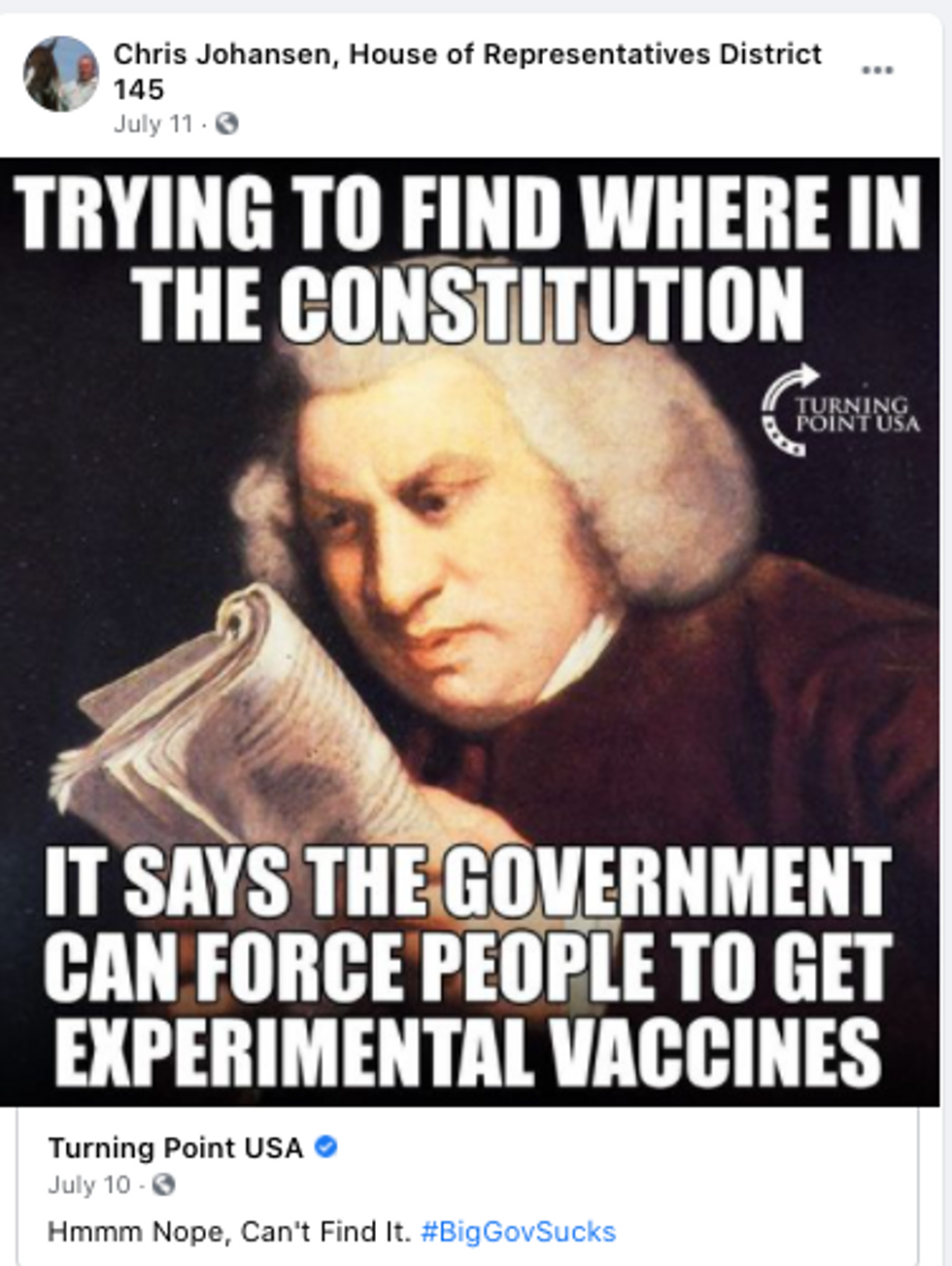 The same is true for Mrs. Johansen: 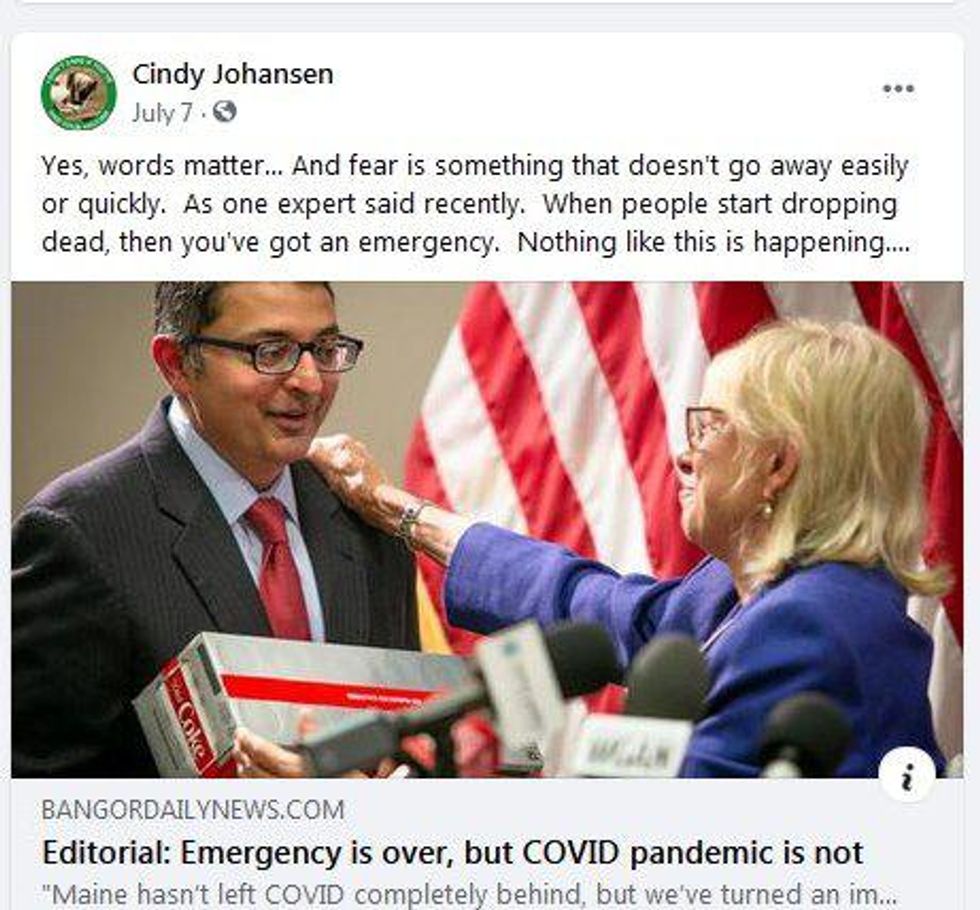 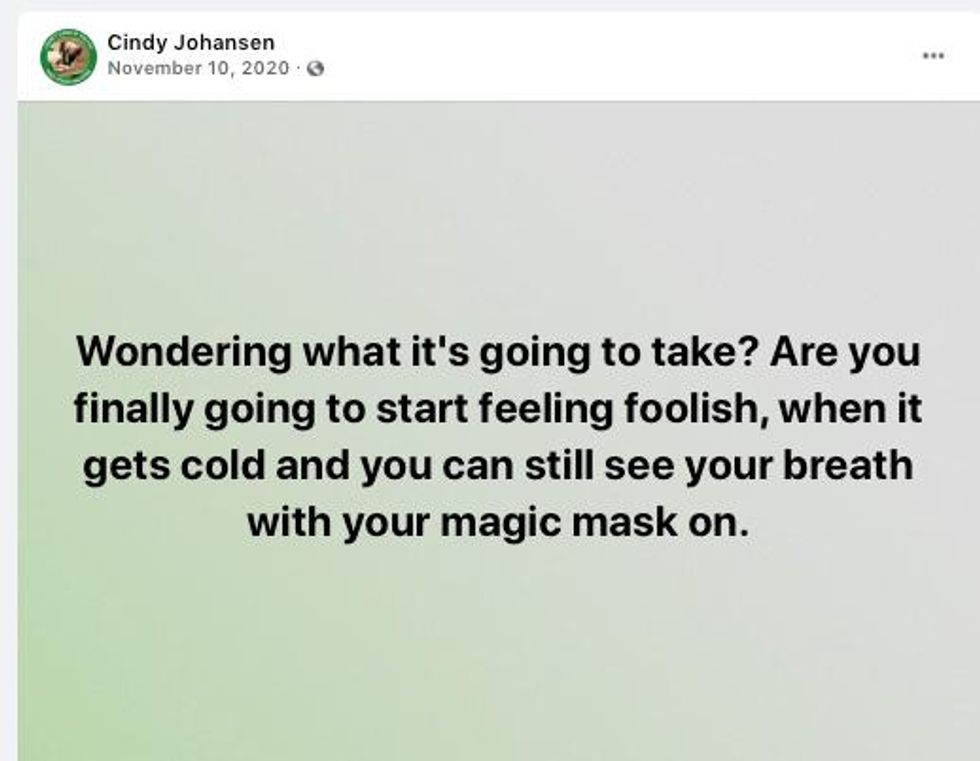 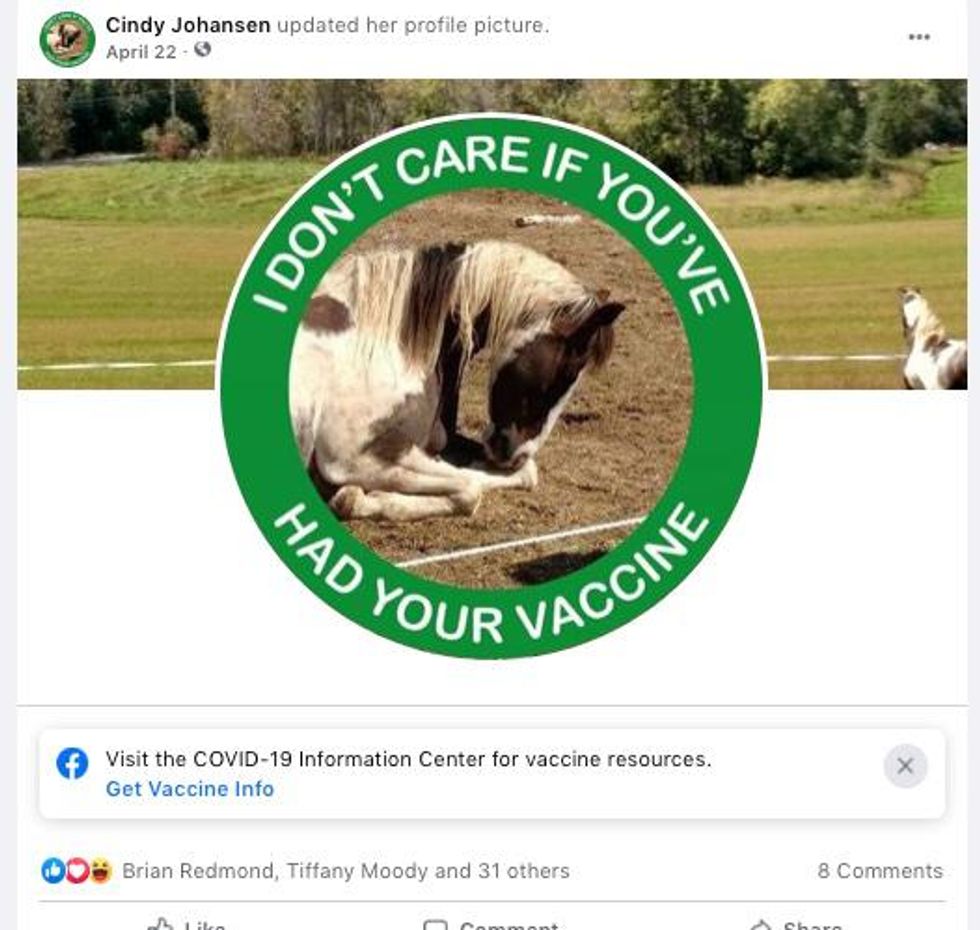 Others posted on his page noting that they'd heard the news that she's passed and he and their family is in their prayers.

Ironically, the news came the same day that the county party announced that members attended a local school board meeting. Their aim was to express "their displeasure with the idea that the board may bring back mandatory masking."

The board was ultimately convinced to allow parents to make their own decision. 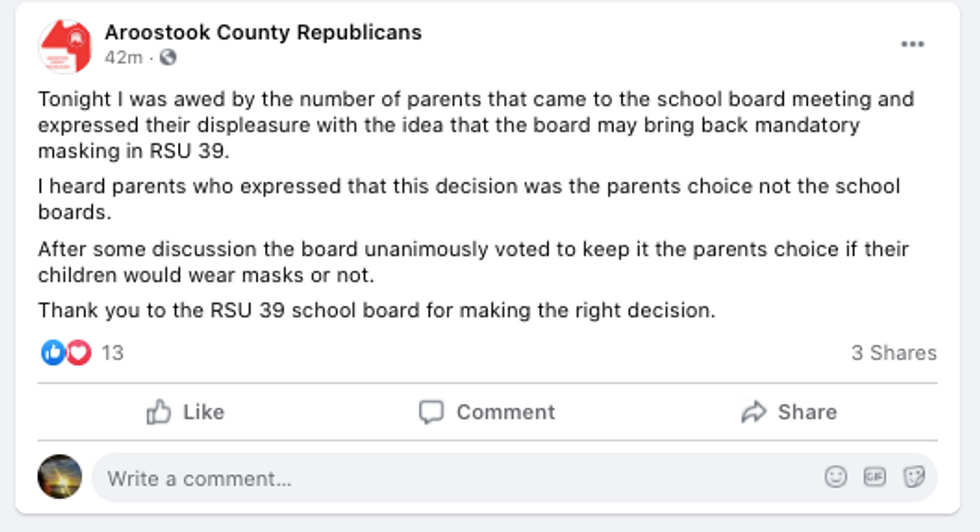 "It's tough to see this situation as anything other than a Greek tragedy, in which disaster befalls the protagonist through hubris," wrote the Maine Beacon writer. "Stubbornly maintaining a defiant attitude toward counsel provided by the Delphic Oracle cost many Greek heroes dearly, and in this case, defiance of science and the recommendations of medical experts cost Mrs. Johansen dearly."

"Mrs. Johansen was espousing views gleaned from right-wing media outlets and dubious online information sources without understanding that they were not only wrong, but that they were using her and others like her," the column continues. "She was a true believer, filled with an obvious sense of righteousness, and ready to do battle against the slightest perceived infringement on her sovereignty. Folks like Mrs. Johansen amplify the misinformation created by these bad actors, who sow doubt like a no-till seeder in the springtime."

You can read the full column at the Maine Beacon.