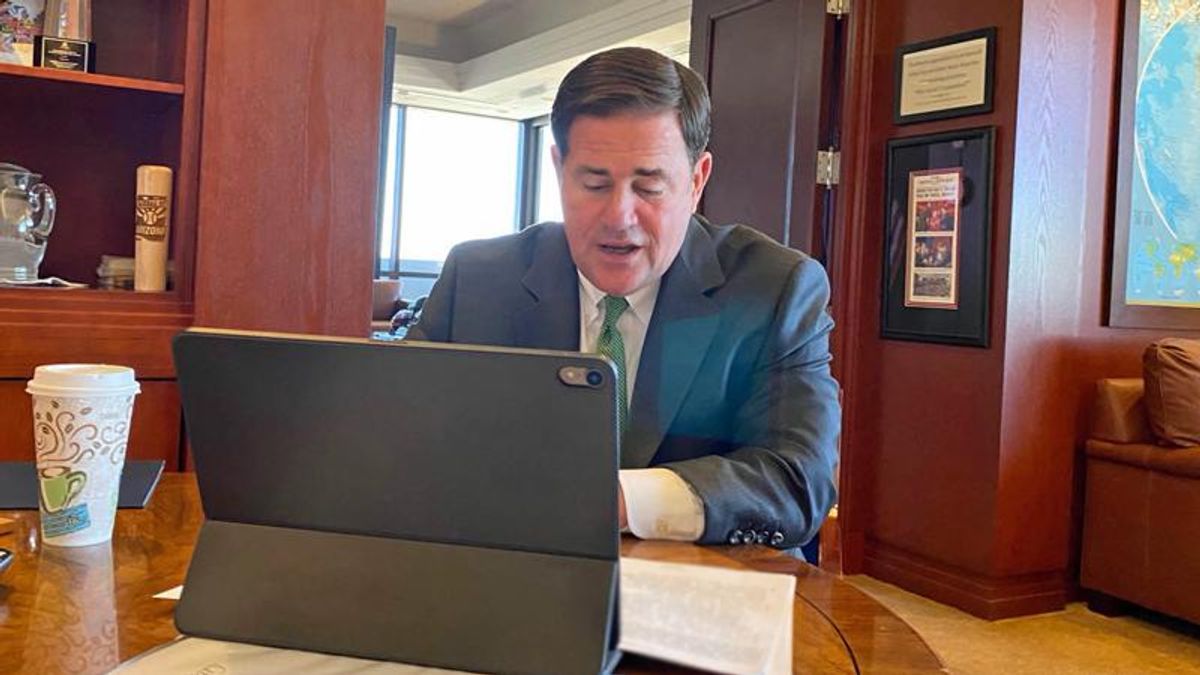 'NOT QUITE YET' Phoenix Country Day School, one of the more expensive & exclusive private schools in Valley, texts… https://t.co/cYwnq4Xxlv
— Brahm Resnik (@Brahm Resnik)1618888651.0

'AS YOU MAY HAVE HEARD' Ducey ditched masks in school, but Higley Unified is keeping them pic.twitter.com/j4lQonxiEH
— Brahm Resnik (@brahmresnik) April 20, 2021