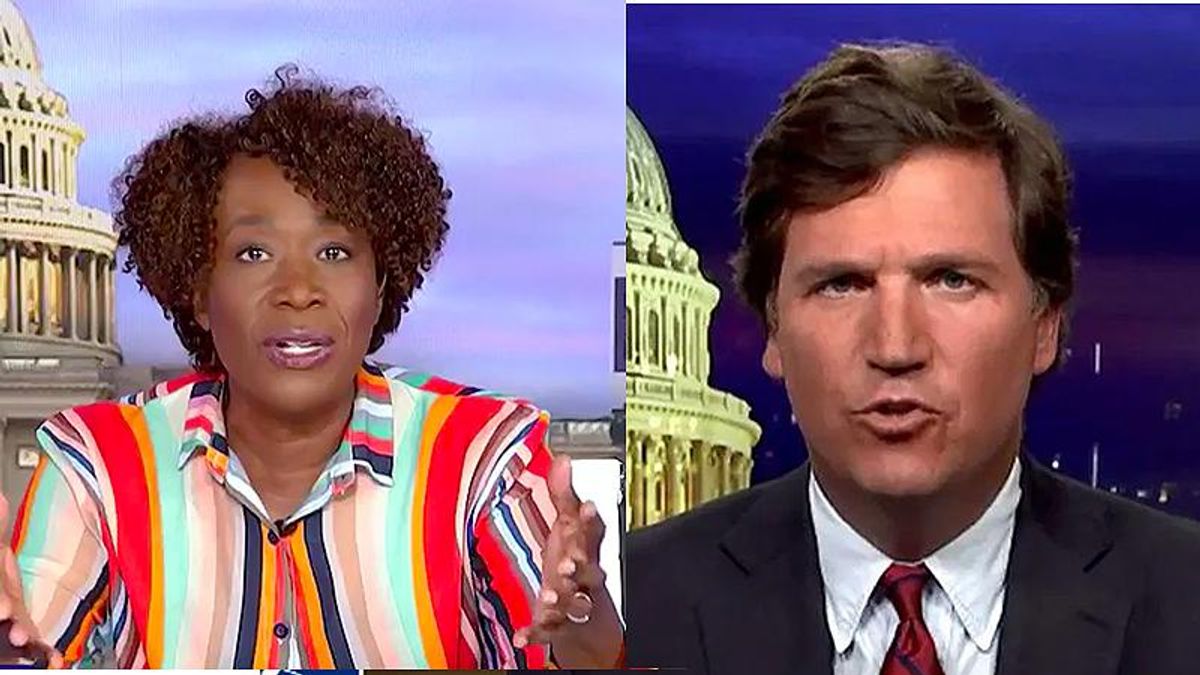 MSNBC host Joy Reid walked through the specifics on why Fox News host Tucker Carlson is pretending to be against Jim Crow-era policies while playing a Jim Crow Republican role.

Speaking Wednesday, Reid explained that Fox and the GOP's anxiety about masks and vaccines is another example of the fragile victimhood the GOP loves to embrace.

"Nurse, we have another case of victim status envy!" she mocked. "These people have decided that being a victim of cruelty is somehow desired, and they want a piece of the action. Republicans apparently want so badly to blur the lines. They're trying to claim that, no, no, the anti-voting laws are not Jim Crow-style suppression. It's anything that prevents them. People screaming that Jim Crow was created by Democrats like that's some kind of drop-the-mic argument. Saying Democrats created Jim Crow the first time it was used is not an argument that you are using it now."

She compared it to the idea that because Black people created rock 'n roll, Elvis can never be called a rock 'n roll singer. Nor can the Beatles or the Rolling Stones.

"See how horribly that would work out?" she said. "And here we go again. Having to explain to Republicans that at the time, the Democrats were doing Jim Crow, they were the conservative southern-based party, and Republicans were the more liberal northern-based party. Pop quiz, who is the Confederate flag-waving party now? The parties switched ideological sides. History is weird. And I doubt this heckler is a Biden voter."

She showed a video of a Black woman speaking out against those who are attacking people of color as "communists" for opposing racists. Behind her was a white man waving a Confederate flag and singing "Dixie."

"Tuckems needs to hear this," Reid said. "Requiring people to wear a mask or carry a card isn't Jim Crow targeting the vaccine refusers and anti-maskers, any more than no shirt, no service targets naked people. I mean, shouldn't people who choose to be publicly naked receive service in your store? NO! No, they shouldn't! You should be able to exclude naked people from rubbing their bare asses around your Walmart chain. That's just common sense! But you can't exclude people with immutable characteristics like race or gender or sexual orientation. That's the difference! I can't believe I have to explain this to adults!"

See her message below:

The best Joy Reid commentary of all time www.youtube.com