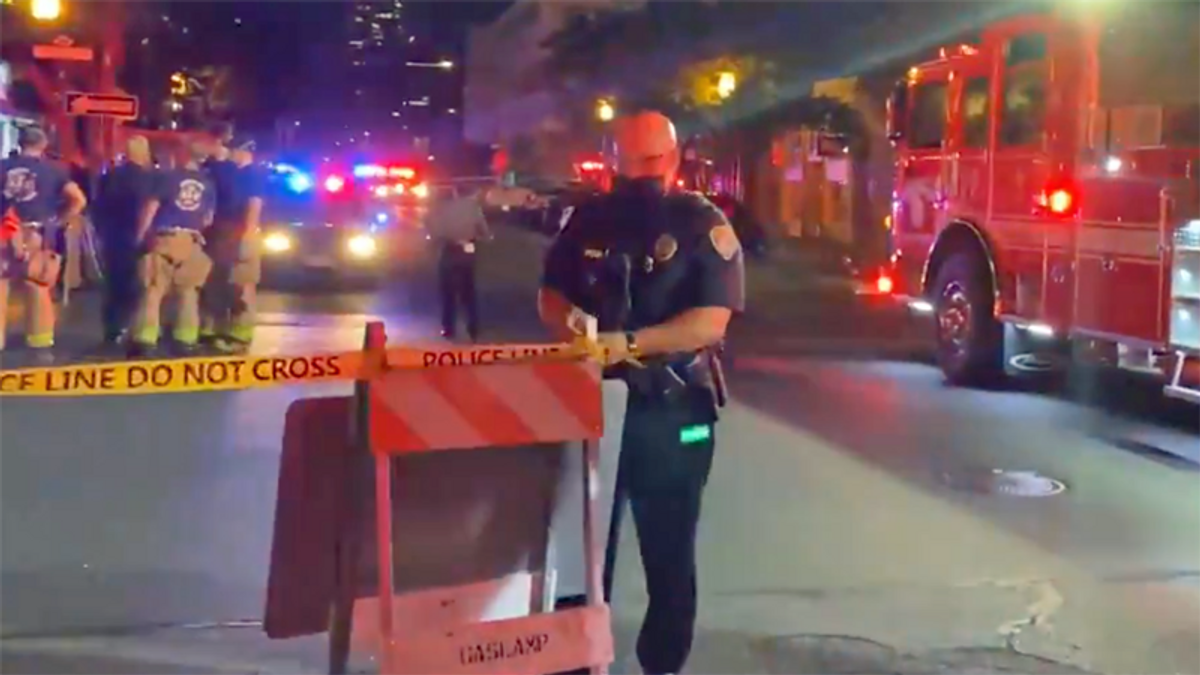 "A shooting left one person dead and as many as four others wounded Thursday night in the Gaslamp Quarter, authorities said. Officers detained one person and reportedly recovered a firearm, and the scene was not thought to be active as of 11 p.m., San Diego police Officer John Buttle said. The gunfire erupted around 10:30 p.m. at Fifth Avenue and J Street, and possibly "a few other locations" along Fifth Avenue, according to Buttle, who said officers and investigators were still sorting out what happened," The San Diego Union-Tribune reports.

One person reportedly died at the scene, while three others were taken to area hospitals.

"According to police, officers responded around 10:30 p.m. to reports that a restaurant employee had been shot at 5th Avenue and J Street in the Gaslamp Quarter, a few blocks from Petco Park," ABC News 10 reported. "Police said two people were taken into custody. No other details were given at this time."

#BREAKING shooting in downtown #SanDiego near 5th and Island Ave. Officer on scene tells me this was not a mass sho… https://t.co/wbfr72dQGz
— Dana Griffin (@Dana Griffin)1619157459.0