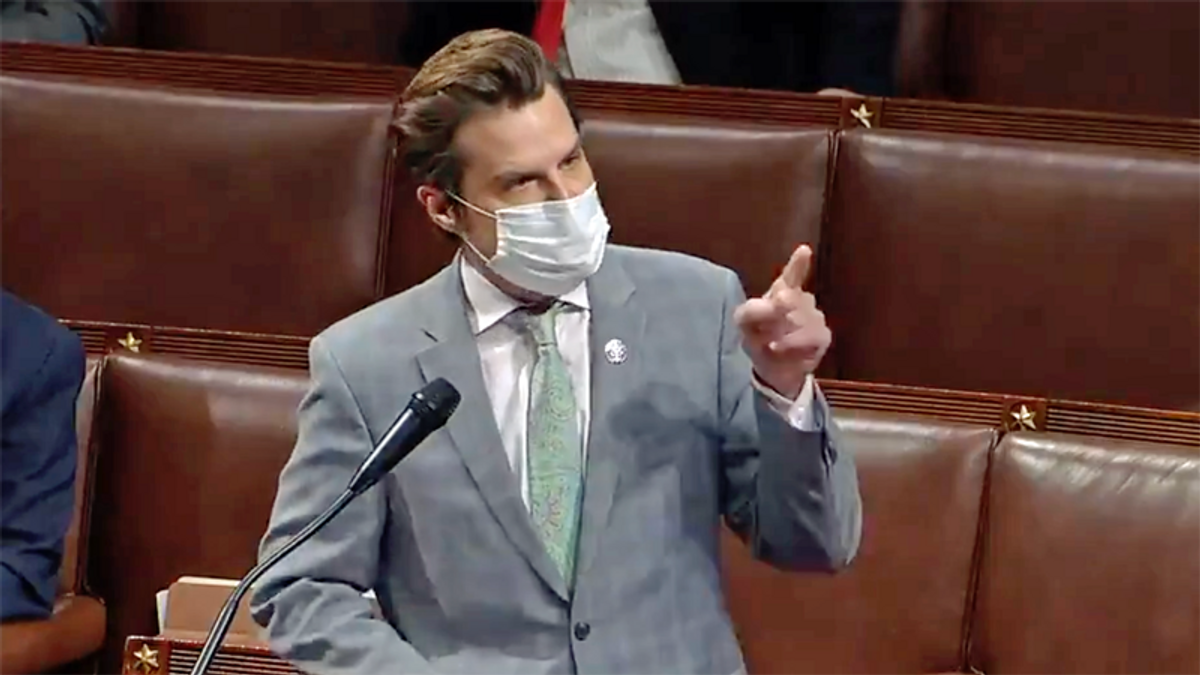 Rep. Matt Gaetz (R-FL) received a harsh reaction from his colleagues in Congress following an energetic floor speech arguing against the second impeachment of Donald Trump.

"Far from backing off his false claims of widespread voter fraud, Rep. Matt Gaetz is doubling down on the lies that led to the insurrection last week in defense of Trump during impeachment proceedings," CNN correspondent Abby Phillip reported.

"For months, our cities burned," Gaetz shouted on the House floor. "And they said nothing or they cheerlead for it... Now some have cited the metaphor that the president lit the flame -- well they lit actual flames, actual fires!"

“The left has incited far more violence than the right," Gaetz says to resounding boos and jeers in the chamber as his speaking time expired
— Grace Panetta (@grace_panetta) January 13, 2021