Matt Gaetz to be indicted after Florida pal turned on him: British tabloid 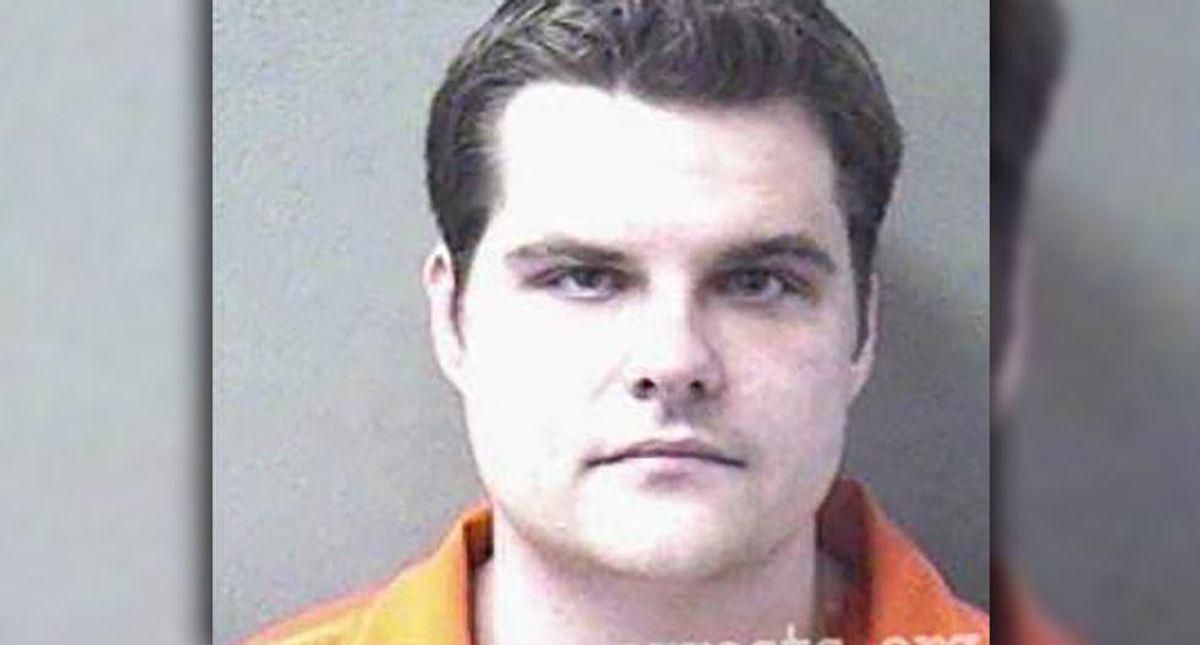 According to a report from the U.K. news outlet The Daily Mail, Florida GOP Congressman Matt Gaetz "is expected" to be indicted "within the next few weeks" after his friend Joel Greenberg allegedly turned against him and is cooperating with the investigation into Gaetz's alleged sex crimes.

"Greenberg, who was elected Seminole County Tax Collector in 2016, is currently in jail awaiting trial after being slapped with a string of charges last year including sex trafficking a minor between the age of 14 and 17," the Mail reports.

"The congressman impugned and damaged the reputation of someone who had nothing to do with this,' a alleged source close to the investigation told DailyMail.com. "Rest assured that Greenberg has been singing to the feds about his friend Matt Gaetz. That's why Matt is so freaked out."

The Mail goes on to claim that Gaetz's arrest is "said to be imminent" after the unidentified alleged victim testified before a Florida grand jury this week saying she had sex with the conservative Republican before she turned 18.

Read the full report over at The Daily Mail.