MSNBC panelist stunned as new details emerge: 'The bar has sunk so low' after Trump 'it’s buried in the ground' for Matt Gaetz 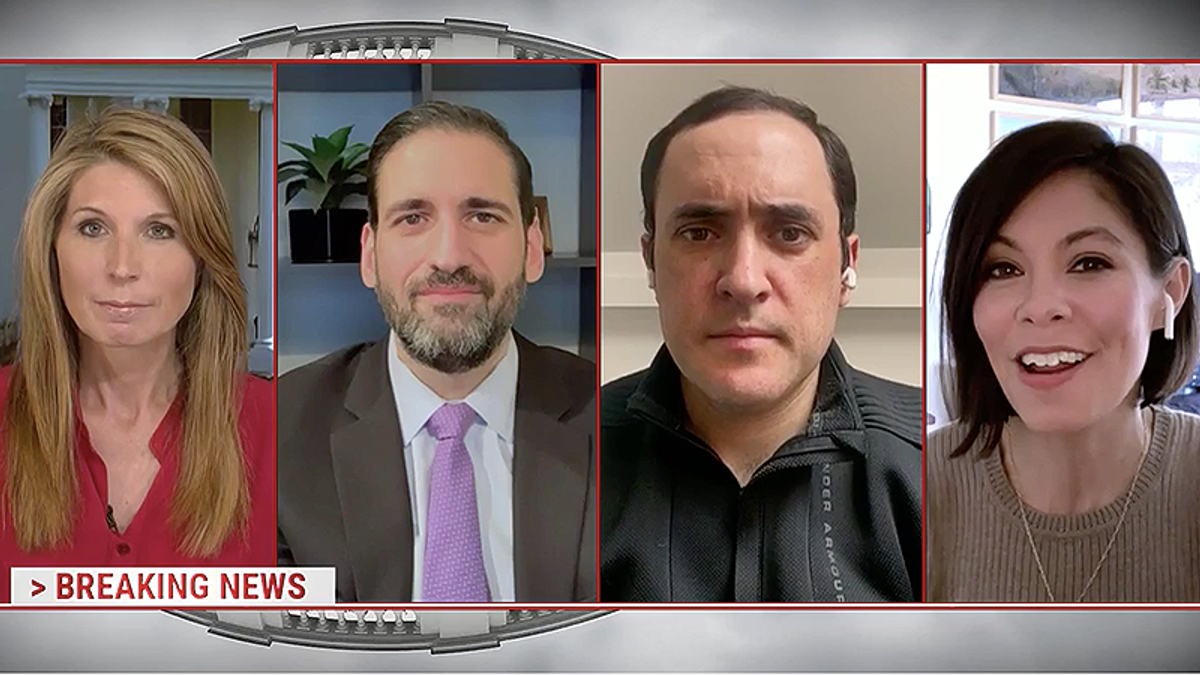 The developments in Rep. Matt Gaetz (R-FL) scandal involving his friend, former tax collector Joel Greenberg, have gotten a little more complicated in recent days. Greenberg's lawyer told the press, "Gaetz is not feeling very comfortable today." The statement left many to wonder if it was a public comment to Gaetz that Greenberg flipped on him.

"The Circus'" reporter Alex Wagner quoted T.S. Elliot's pandemic poem "The Wasteland," in which he writes "April is the cruelest month."

"All of it reminds me of early stage Trump," she explained. "We all sort of looked on in disbelief as we saw a major candidate from a major political party — revelations about sexual predation and sort of wondered does it begin and end there? It doesn't. Matt Gaetz is fashioning himself in the mold of Donald Trump. He's a carnival barker. He is someone who has I think his brand atop that of the Republican Party. He has fashioned a new sort of version of self-serving political strategy. And that I think is learned at the knee over Donald Trump and I think the attitudes of women in line with that of the former president."

She also said that any Republican or former Republican has to wonder about how this looks for the GOP.

"You have to wonder with the news that we have had about the tactic that the Republican Party and its leadership, its ambassadors are fashioning, it -- what is the Republican Party?" she asked. "Remember when this party used to be the party of family values? Matt Gaetz is a standard-bearer for the modern party. This is the national conversation."

Wallace noted that she remembered when illegal drug use was the biggest scandal for a politician. Now it's underage sex and trafficking that prompts people to question leaders.

"But the bar has sunk so low. In fact it might be buried in the ground that I think that there's thinking inside Republican circles and certainly in Matt Gaetz's circle to weather this and then a standard-bearer for conservative news and analysis," Wagner continued. "This would have been career-ending a decade ago and now it's a data point. It is a challenge more than it is devastating for someone's burgeoning political career."

She went on to say that she continues to be shocked over the idea that Republicans allow this kind of behavior in their party.

"I have to say the fact that anyone is allowing this from people who are supposed to be our leaders, our standard-bearers, the voice of the unheard for women, for children, someone who may have objectified, engaged in illegal acts with female children, because a 17-year-old is not an adult yet, that person could stay in office or otherwise be accepted by polite society as someone from whom we get news and analysis is -- I mean, the times in which we live in I guess and in large part I think Donald Trump is to thank for that," Wagner said.

The GOP is the party of moral failings www.youtube.com