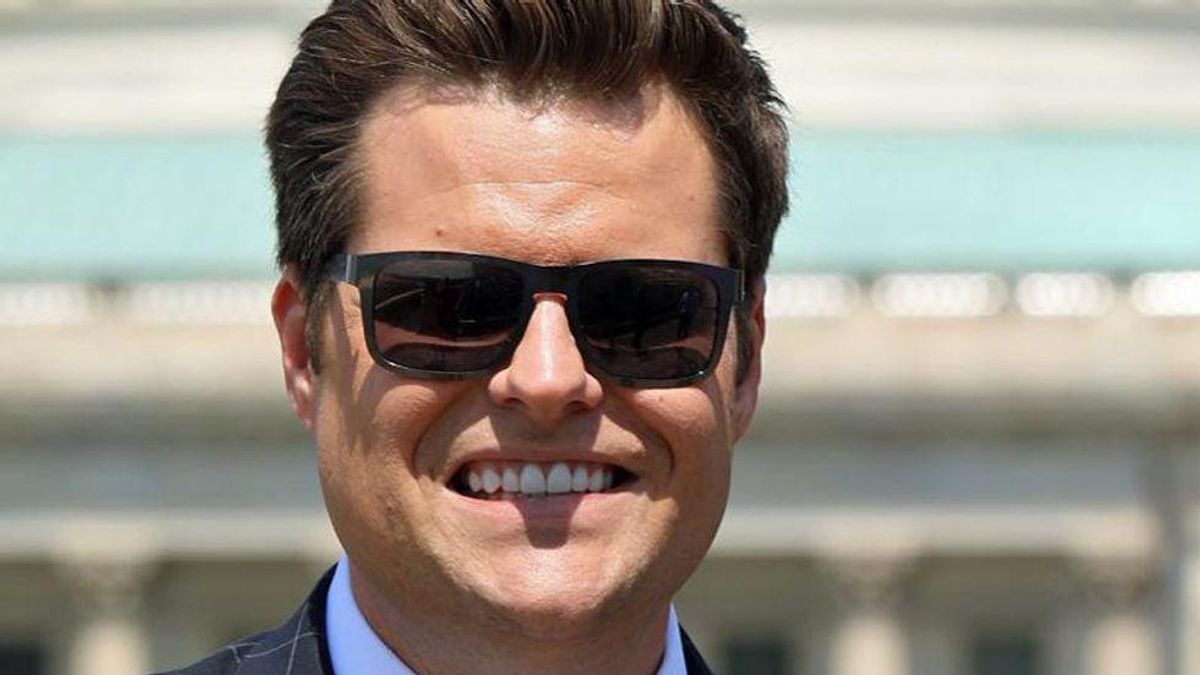 Gaetz had his campaign pay for his hotel room.

As a Florida state representative, Gaetz was a vocal proponent of drug-testing recipients of government aid.

I strongly support drug-testing for welfare recipients.Applying for welfare is voluntary,if you don’t want to get tested don’t apply.#sayfie
— Matt Gaetz (@Matt Gaetz) 1300981818.0