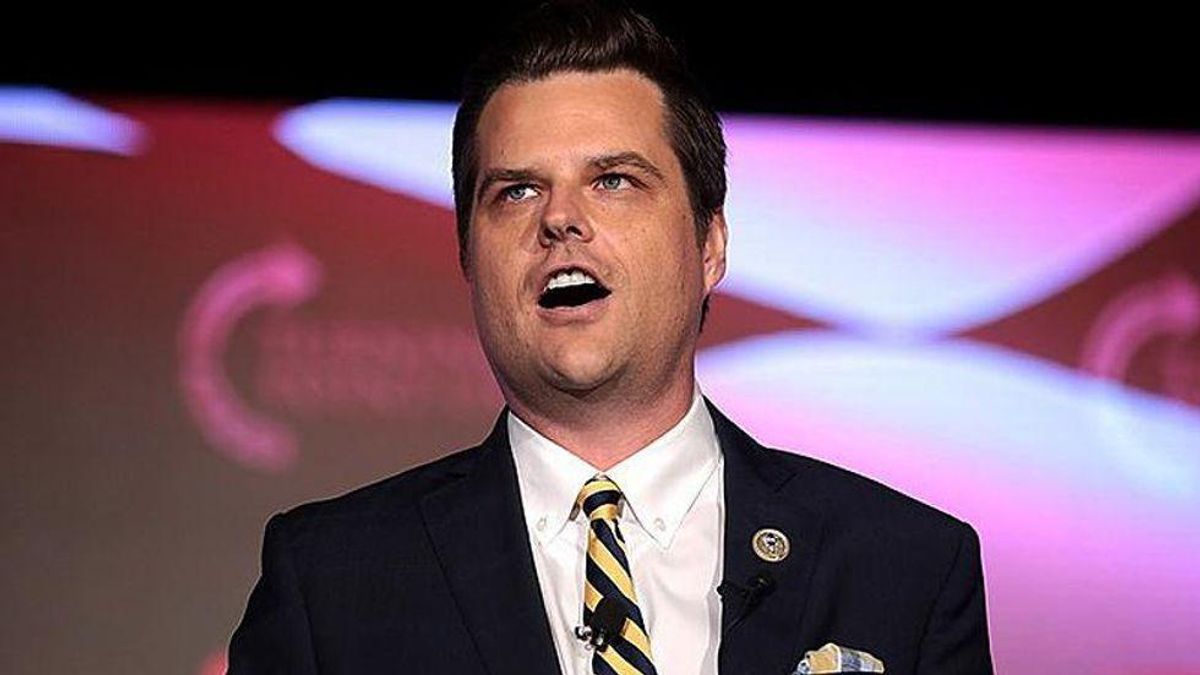 "What did the FBI know? And when did they know it?"

To date, the FBI knows it has arrested "approximately 465 individuals on charges related to the Jan. 6 Capitol breach, including over 130 individuals charged with assaulting or impeding law enforcement. The investigation remains ongoing."

Gaetz wrote a letter Wednesday to FBI Director Christopher Wray seeking answers, Newsmax says. He continues to sit on the House Judiciary Committee despite being a known target of an investigation by the Department of Justice (DOJ) that it oversees.

Gaetz has apparently decided to go all in against the DOJ and FBI. Here are some excerpts from what he said out loud on the right-wing network:

"The FBI has a long history of this, dating back to even the Civil Rights era, and I certainly hope our premier law enforcement organization is not actually working to violate federal law."

Gaetz offered no evidence to support his tirade, but the Newsmax mikes remained open:

"Gaetz said he fears a political weaponization of the FBI and the Justice Department, adding it is "an agency that has a whole lot of swamp left in it and needs to be drained."

"Law enforcement is done best at the state and local level, not with a bunch of folks in Washington, D.C., who are addicted to the coverage that they receive from The New York Times, The Washington Post, and CNN.

"Gaetz said he has a pretty strong gut and his feeling is the FBI infiltrated the Jan. 6 protesters that stormed the Capitol, and he wants answers about it."

You can wade through more here.
SmartNews
Report typos and corrections to: corrections@rawstory.com.
#story_page_post-content_regular-site
READ COMMENTS - JOIN THE DISCUSSION