Matt Gaetz snaps if his crowds are too small and demands staff do his hair and makeup for TV: report 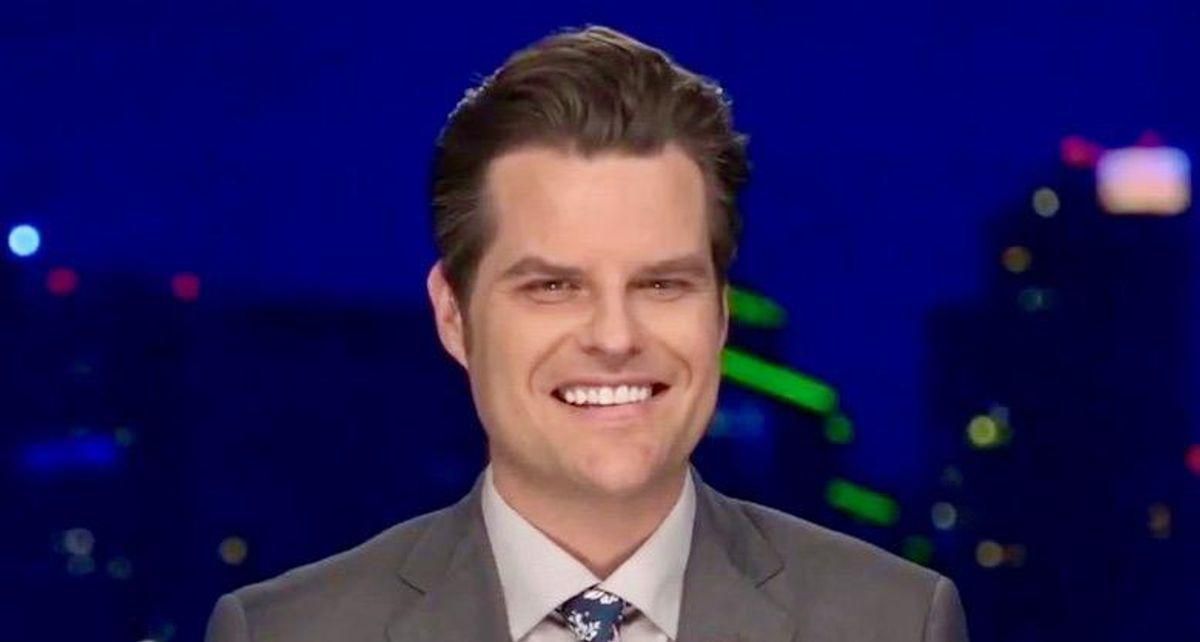 If Rep. Matt Gaetz (R-FL) looks especially coiffed on Fox News, thank his staffers, because he makes them do his hair and makeup.

Business Insider reported Monday that explored life inside of Gaetz's office on Capitol Hill involves a lot of things to please the congressman. Sounding like a cross between Aaron Schock and Donald Trump, it was revealed that despite some staffers not wanting to, Gaetz will require they do his hair and makeup ahead of television appearances.

"Gaetz had become an expert in putting on his own television makeup by 2020," BI reported. It was a Vanity Fair profile that Gaetz revealed he learned how to contour his makeup from Gov. Ron DeSantis (R-FL). He was mocked by colleague Rep. Liz Cheney (R-WY) when he came to her own state to attack her.

"In Wyoming, the men don't wear make-up," she said.

Another problem among the staff is that Gaetz will announce something on Twitter or on Fox News without flagging it for his staff.

"Then the phones start ringing back in his congressional office, where staffers are often blindsided by angry constituents and media requests after the latest Gaetz controversy," said the report, noting how much the drama is weighing on his staff.

The report attempted to speak with 36 former and current Gaetz staffers, including the former communications director who quit "out of principle" when the latest scandal dropped. Many didn't respond to questions, but four people did agree to answer questions, some off the record and some anonymously.

It all began just a month into Gaetz's first term in office, in 2017, when he announced he had a bill that would eliminate the U.S. Environmental Protection Agency.

"That was hell for all of us," a former staffer recalled. But Gaetz "loved every second of it because it was very chaotic and it helped draw a lot of media attention to him."

Thus began the cycle of doing weird and crazy things to get more attention on television.

When Gaetz cast the now-infamous "no" vote against the 2017 anti-human trafficking bill, one former staffer "was not too happy." She left in 2019 and is now president and CEO of the NISSI Project, an anti-trafficking organization. Gaetz was the only person to vote against the bill.

The moody Gaetz was also described as being "irate" if staff doesn't get large enough crowds to show up for his events. Other times, Gaetz snaps at his staff, a former aide said, "in a way that sometimes seemed out of bounds."

"He was always about the optics of everything," said the former staffer.