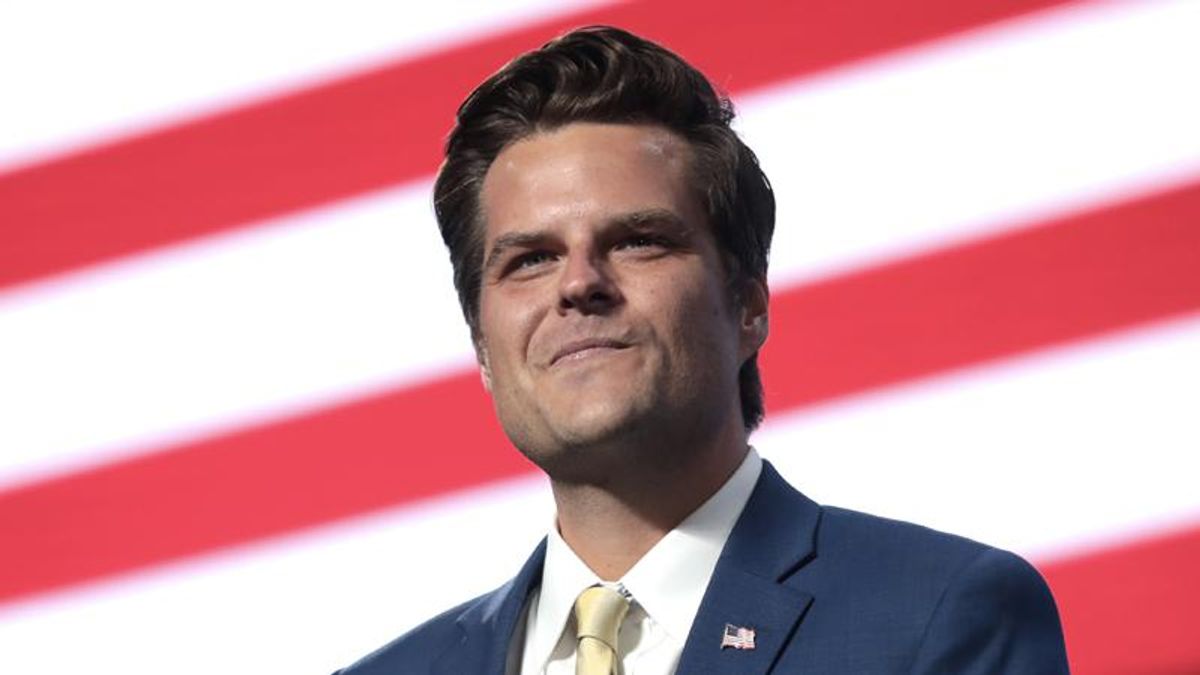 Rep. Matt Gaetz's (R-FL) father confirmed his son's account of an attempted extortion plot from a former Justice Department insider. But according to sources familiar with the investigation into Gaetz's possible sex trafficking of a minor, the former official wasn't even on the legal team looking into Gaetz or his friend Joel Greenberg.

The Washington Post reported Wednesday that the men who attempted to extort Gaetz's father, former Florida state Senate Leader Don Gaetz (R-FL) "had no apparent connection to the sex crimes investigation of his son, other than having somehow learned about it before it was publicly reported."

The younger Gaetz has used the extortion plot to somehow divert attention away from being the subject of a sex trafficking investigation from the Justice Department.

The Florida congressman claimed Tuesday that the allegations were "rooted in an extortion effort against my family for $25 million." He then named the federal prosecutor, who is no longer with the DOJ.

When the DOJ men learned of the investigation into Gaetz, they wrote to his father offering him a chance to make it disappear.

"He could give a huge sum of money to fund their effort to locate Robert A. Levinson — the longest held American hostage in Iran whose family has said they were told he is dead," said the Post report. "If the operation was a success, he would win favor with the U.S. government and help alleviate Matt Gaetz's legal woes."

The FBI is now investigating the plot about Levinson, which could fall under federal charges of extortion. It could be difficult, those familiar with the investigation said, because the two men who first approached Don Gaetz haven't been identified, and they didn't explicitly threaten to expose his son.

"Even if investigators do come to believe there was an attempt to extort the Gaetz family, it appears connected to the sex-crimes investigation only because the men involved discovered it and used it as leverage for personal purposes, people familiar with the matter" told the Post.

Meanwhile, the DOJ is still looking into whether Gaetz had an illegal relationship with an underage girl, something he has denied. Investigators called him "a subject," not "the target" of the investigation, meaning he could still be charged in the matter. Gaetz was not considered an innocent "witness" to Joel Greenberg's crimes, according to the report.