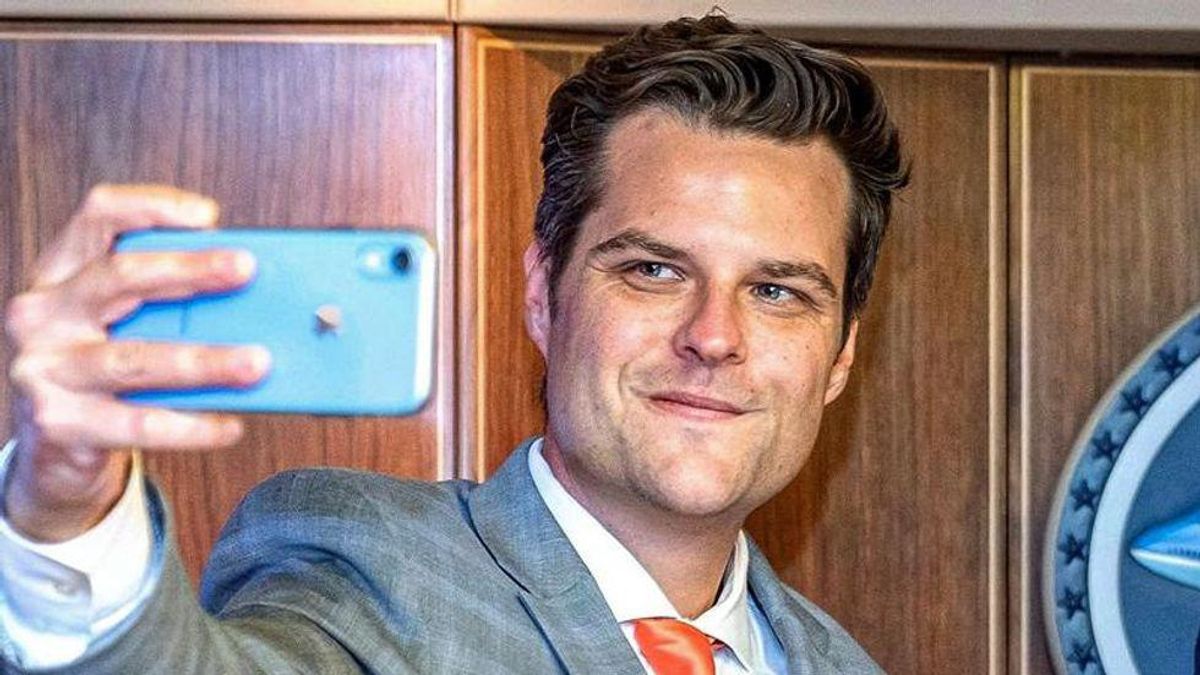 The maker of the videos is the sister of Gaetz fiancée Ginger Luckey.

In the first video, she referred to him as a "literal pedophile," but clarified in a second video the correct term may be "ephebophilia."

She said it was "weird and creepy" Gaetz tried to set her up with a man in his forties when she was only 19-years-old. When she confronted Gaetz, she said his response was "1000% gaslighting."

"I saw the character and type of person he is, and when everything came out about him, I honestly, unfortunately, was not surprised," she explained. "As someone who has personally experienced a ton of creepy old politician men hitting on me when I was underage, and experiencing sexual assault at that age by people of power, it's very disheartening and I have zero tolerance of people like [Gaetz]."