DOJ would never have offered a plea deal to pal of Matt Gaetz without info on the congressman: ex-prosecutor 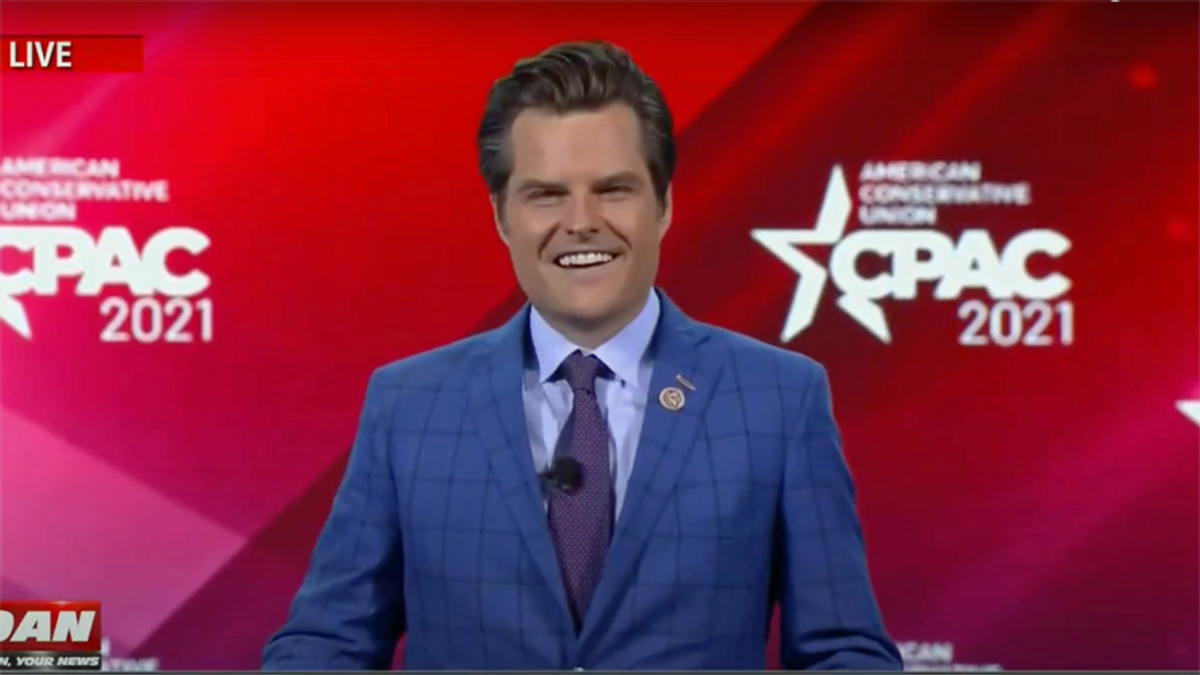 If former Seminole County, Florida tax collector Joel Greenberg wants to change his plea he must do it by Saturday. Greenberg is expected to do it, changing his plea from innocent to guilty after giving prosecutors information on Rep. Matt Gaetz (R-FL) and alleged crimes he committed.

Tuesday, it was reported that a former intern-turned-girlfriend of Gaetz's and his former wingman were both interviewed by investigators. Speaking to MSNBC's Joy Reid on Tuesday, former federal prosecutor Glenn Kirschner explained that this wouldn't happen if they didn't already have proof.

"This has the feel — when I heard the reporting about how the investigators are now going to a former girlfriend/Capitol Hill intern of Matt Gaetz, here's what that feels like to me: they have gotten everything they could get out of Joel Greenberg," he explained. "And it's really important to understand that the prosecutors never would have made a plea offer, a plea deal to Greenberg that, as you said, will be expiring this Saturday. So, he's got to let the court know what he's going to do. They never would have made him that plea offer unless they had debriefed him, interviewed him, investigated what he had to say about the criminal activity of others and they were able to corroborate it and potentially use it against other targets like Matt Gaetz."

he went on to say that it should be clear what happens in the Greenberg case, but that to him it feels like they're approaching other witnesses involving Gaetz about incriminating information that prosecutors got from Greenberg.

DOJ would never have offered a plea deal to Matt Gaetz pal without evidence www.youtube.com