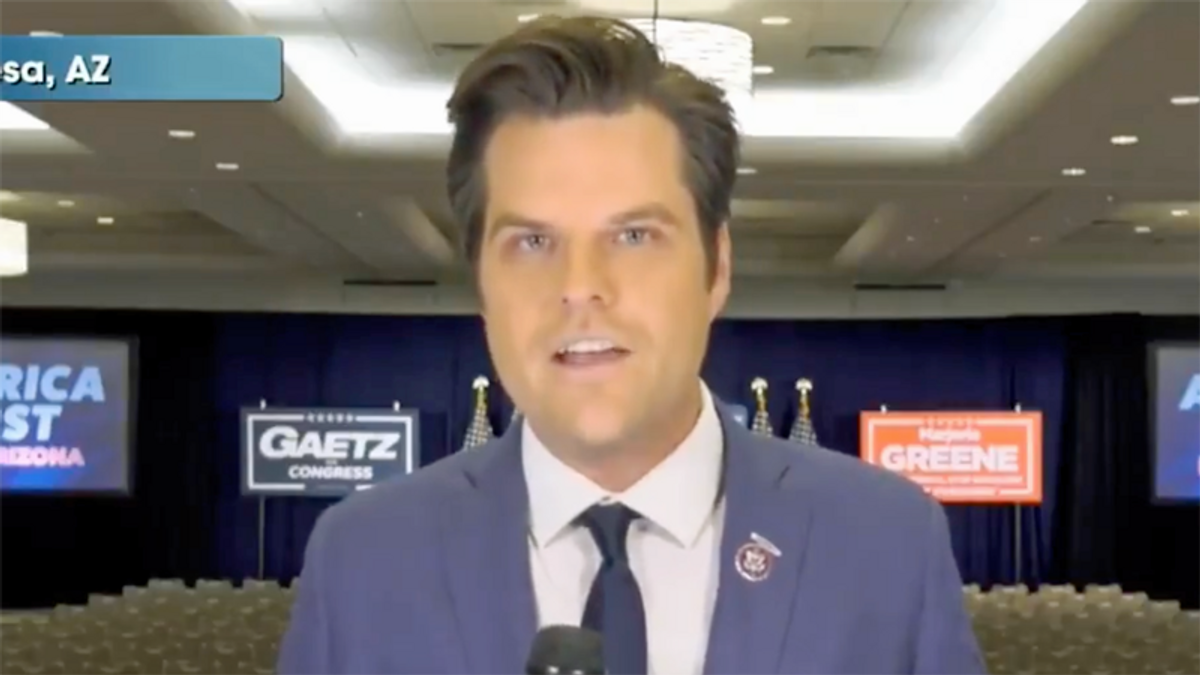 As CNN broke a bombshell report on Saturday that a woman who had dated Rep. Matt Gaetz (R-FL) was cooperating with federal authorities, the controversial Florida man was in Arizona to support widely-panned Arizona audit.

Gaetz appeared on Newsmax to say, "I'm not focused on scandal, I'm focused on socialism."

And he also appeared on Steve Bannon's podcast, where he pushed a bizarre conspiracy theory.

"Election integrity has to be one of the big ideas on the political right going forward because Eric Holder and the rest and Stacey Abrams, they mechanized ballot laundering," Gaetz argued.

Gaetz did not explain what ballot laundering is or how it had been mechanized during the clip he posted to social media.

Election integrity has to be one of the big ideas on the political right going forward because the Left has mechani… https://t.co/YTVm6BsqhM
— Rep. Matt Gaetz (@Rep. Matt Gaetz) 1621634981.0