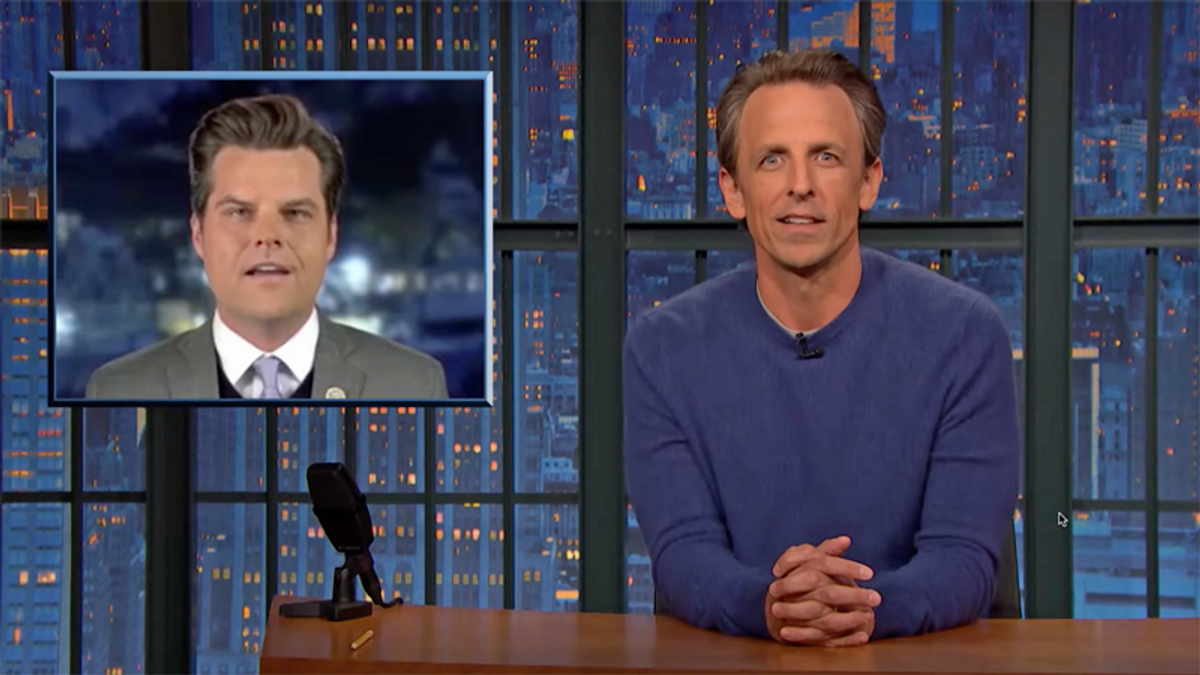 "We've learned these parties were held at a house in a gated community in suburban Orlando. The women we spoke with said, when some of the women arrived, there were rules. For example, the first thing some of them were asked to do was put away their cell phones," CNN's Paula Reid reported. "And we're told folks mingled and shared drugs, including cocaine and ecstasy."

Meyers focused on the details in the reporting.

"You know, my grandmother used to say nothing good happens after midnight and I'd say the same is true about anything that happens at a party at a gated community in suburban Orlando where they make you give up your phone," he said.

"As a general rule, never go to a party at a gated community in suburban Orlando where they make you give up your phone," Meyers explained.