'Entitled, unpleasant creep' Matt Gaetz ripped to shreds for claiming a 'witch hunt' is out to get him 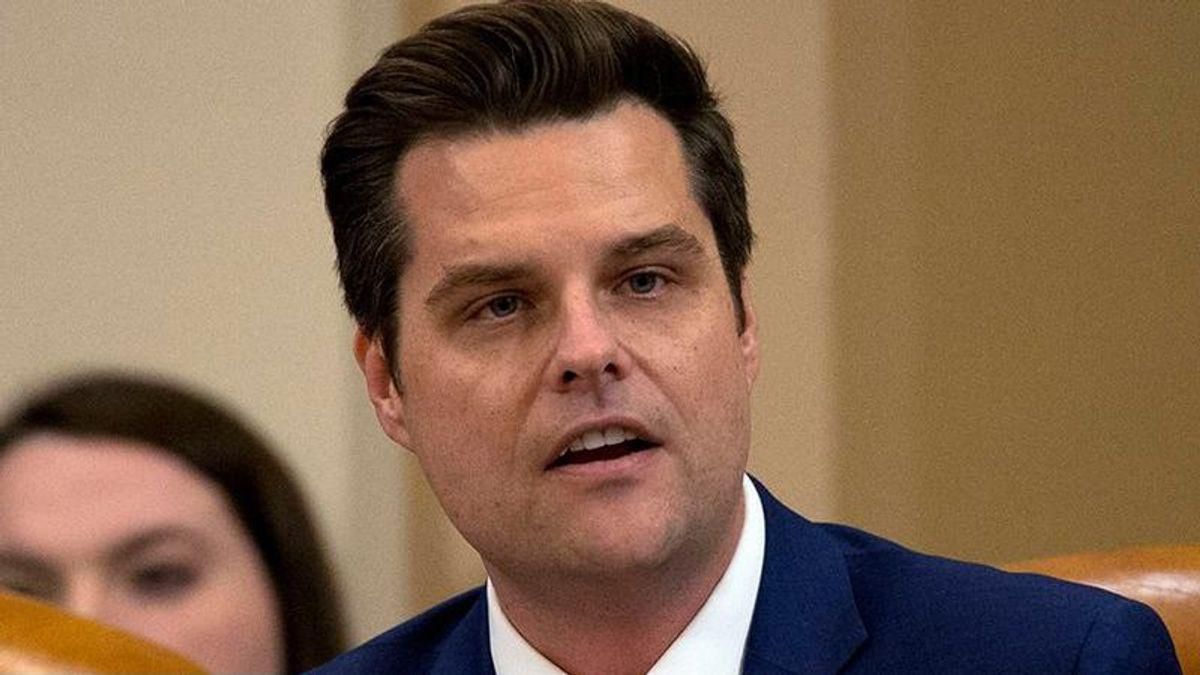 Rep. Matt Gaetz (R-FL) is getting pummeled by scandals, and even former President Donald Trump has been reluctant to come to the embattled congressman's defense.

Despite this, Gaetz has defiantly refused to step down even as he lashes out at his critics.

This has drawn the ire of Daily Beast columnist Danielle Tcholakian, who says that Gaetz's revealed himself to be an "entitled, unpleasant creep" in a recent op-ed the congressman wrote for The Washington Examiner.

In particular, Tcholakian takes Gaetz to task for trying to distract from his own scandals by throwing out the names of other scandal-plagued politicians.

"Like he did when he appeared on his pal Tucker Carlson's show, Gaetz seems to be trying to drag his supposed allies down with him," she writes. "Thank you, Congressman, for the reminder of Brett Kavanaugh's sexual misconduct, for dredging up unproven rumors about a deceased senator while also trashing his daughter, and for reminding us of the former president who you adore and who loved to whine about his own supposed 'witch hunt' and who's yet to say a word in your defense."

She also mocks Gaetz for his defense strategy, which she says seems to be "hoping he can just say enough words, whatever words, and get away before the law or his colleagues in Congress or voters can catch up with him."