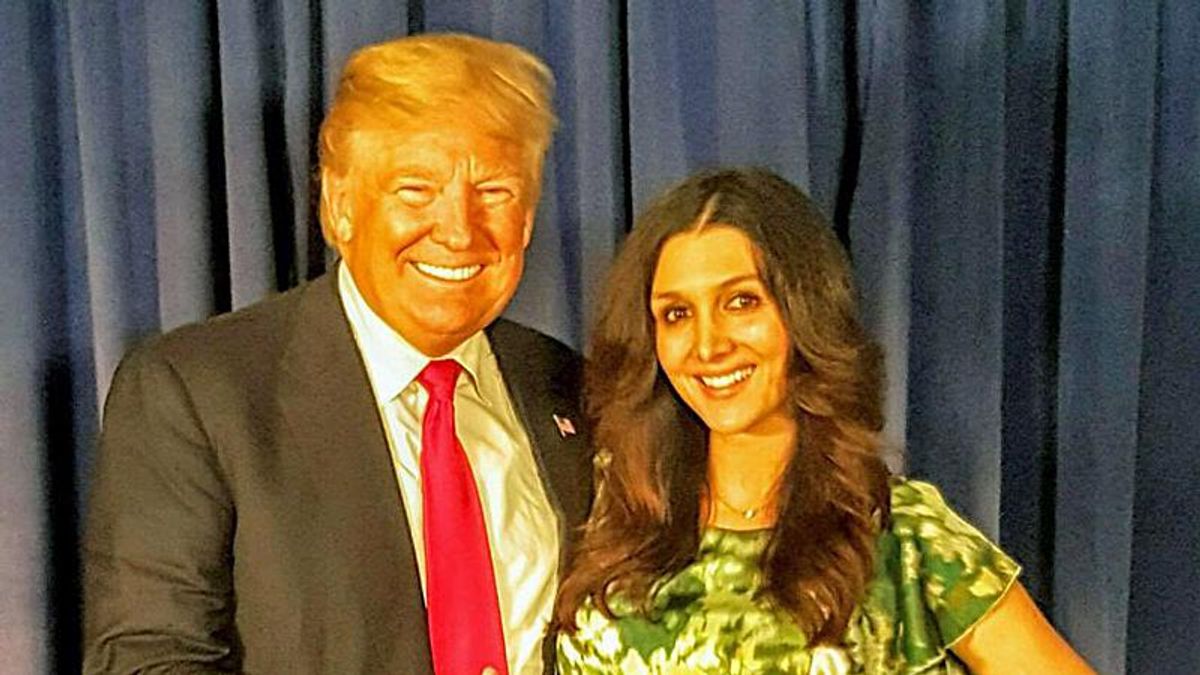 Embattled Rep. Matt Gaetz has hired a former contestant on "The Apprentice" to do crisis damage control as his sex scandals continue to grow.

"A boutique conservative consultancy group working on behalf of Rep. Matt Gaetz is threatening to sue journalists for their coverage of the embattled congressman. The entity, Logan Circle Group, is run by Harlan Hill, a former Democrat who became a top Trump surrogate during the 2016 presidential election," Politico reported Thursday. "The official behind the recent legal threats is Erin Elmore, a colleague of Hill's at the Washington-based consulting firm and a Season 3 contestant on 'The Apprentice.'"

"Elmore, who has a legal degree from Villanova and has active status as an attorney in Pennsylvania, has emailed at least two reporters who have written on Gaetz, threatening them with lawsuits over their coverage of the Florida Republican. Gaetz is reportedly facing a federal probe into a potential violation of federal sex trafficking laws. But Elmore's email took umbrage with reports that the congressman had asked then-President Donald Trump for a pardon and was currently on the outs with the 45th president," Politico explained.

The publication noted an email Elmore sent to one of its reporters.

"We are seeking an immediate print and on-air statement of retraction. Failure to comply with this request may result in litigation," Elmore wrote. "President Trump issued a statement indicating that Congressman Gaetz has never sought a Presidential Pardon. Such a statement would also indicate that President Donald Trump has not distanced himself from Congressman Gaetz."

Politico was not the only publication to receive communication from Elmore, The Daily Beast was also reportedly contacted by her.

"Gaetz has not been charged with a crime, and Gaetz's congressional office declined to comment directly for this story," The Beast reported. "Instead, a representative from an outside public relations firm, the Logan Circle Group, responded with this statement from Gaetz: 'The rumors, gossip and self-serving misstatements of others will be addressed in due course by my legal team.' Logan Circle's Erin Elmore—a pro-Trump pundit and former contestant on The Apprentice—added that a lawyer would be 'closely monitoring your coverage.'"

The Beast added, "Also cc'd on the email was another Logan Circle Group employee: Harlan Hill, who was banned from Fox News after calling now-Vice President Kamala Harris 'an insufferable lying bitch.'"