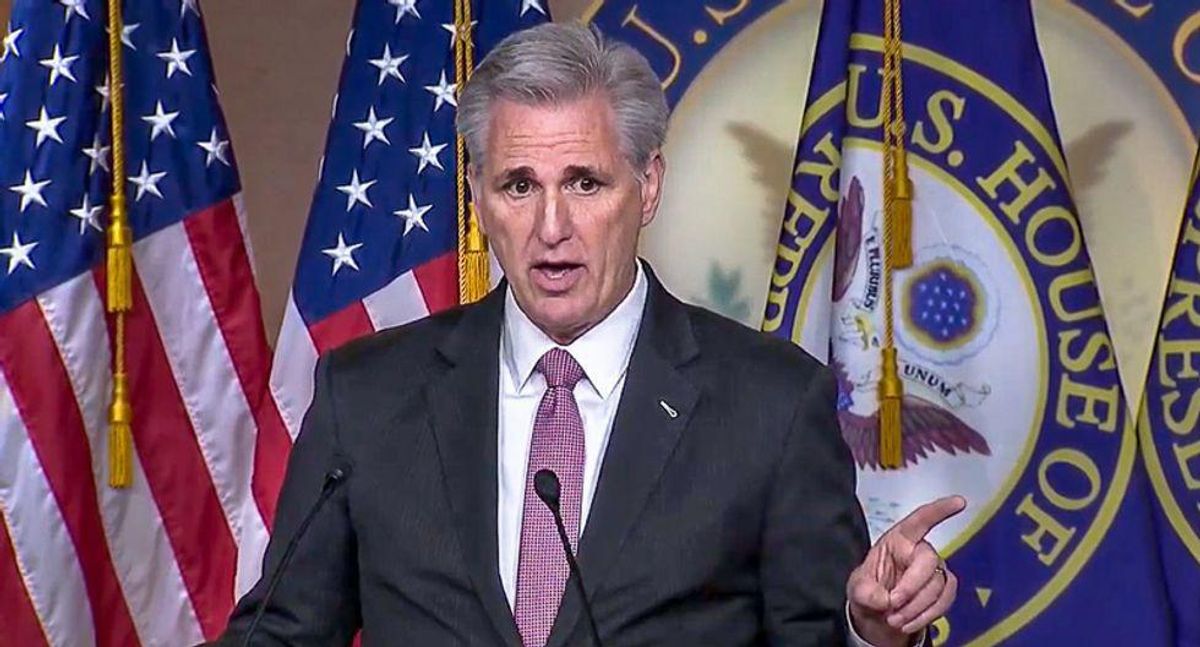 "I want you to watch Nancy Pelosi hand me that gavel," McCarthy said of the California Democrat, according to audio footage tweeted by Main Street Nashville reported Vivian Jones. "It'll be hard not to hit her with it."

In a statement, UltraViolet communications director Bridget Todd said that McCarthy's "comments threatening violence against Speaker Pelosi are disgraceful, misogynistic, and wholly unacceptable. It should not be lost on anyone that Minority Leader McCarthy's comments directly echo the violent online harassment, and real world violence manifested in the January 6th insurrection, that threatens the life of Speaker Nancy Pelosi on a regular basis."

These statements have implications not just for the safety of Speaker Pelosi and other women in Congress, but also for all women in the form of policy. With Kevin McCarthy voting against the reauthorization of the Violence Against Women Act, it is clear that his comments are reflective of his deeply held beliefs about how women should be treated and valued.

"The fact that McCarthy has not yet apologized for his dangerous, inciting words should send a clear signal to everyone that he is not fit to serve as a member of Congress, or in any position of elected responsibility," Todd added. "He should resign."

Rep. Val Demings (D-Fla.) tweeted: "Kevin McCarthy thinks joking about hitting a woman is funny. When someone shows you who they are, believe them."