McConnell is secretly grateful Trump is being impeached again — because it’ll purge the GOP: report 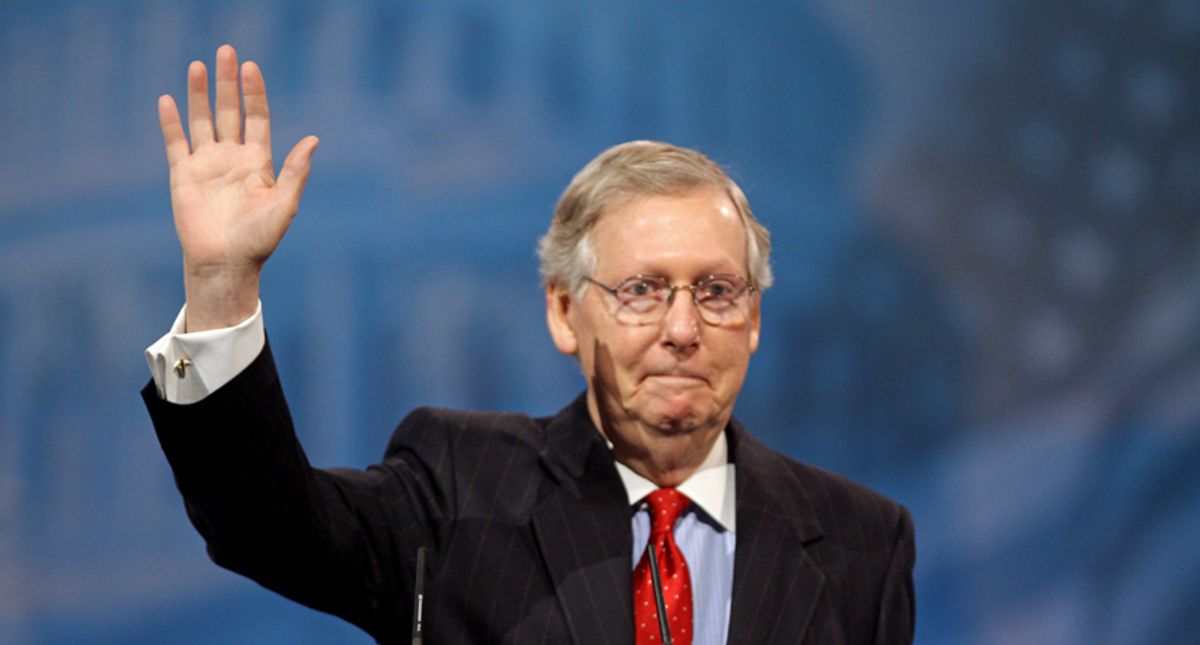 Senate Majority Leader Mitch McConnell is in favor of Donald Trump being the first U.S. president to be impeached twice, according to a new report by The New York Times.

"Senator Mitch McConnell, the Republican leader, has told associates he believes President Trump committed impeachable offenses and that he is pleased that Democrats are moving to impeach him, believing that it will make it easier to purge him from the party, according to people familiar with his thinking. The House is voting Wednesday to formally charge Mr. Trump with inciting violence against the country," the newspaper reported Tuesday.

"Mr. McConnell, Republican of Kentucky has indicated he wants to see the specific article of impeachment that the House is set to approve on Wednesday, which is expected to draw support from as many as a dozen Republicans, potentially including Representative Liz Cheney of Wyoming, the party's No. 3 in the House. But he has made clear in private discussions that he believes now is the moment to move on the weakened lame duck, whom he blames for Republicans losing the Senate," the newspaper reported.

"On Monday, President-elect Biden telephoned Mr. McConnell to ask whether it was possible to set up a dual track that would allow the Senate to confirm Mr. Biden's cabinet nominees and hold a Senate trial at the same time, according to officials briefed on the conversation who disclosed it on condition of anonymity. Far from avoiding the topic of impeaching Mr. Trump, Mr. McConnell said it was a question for the Senate parliamentarian, and promised Mr. Biden a quick answer," The Times reported.