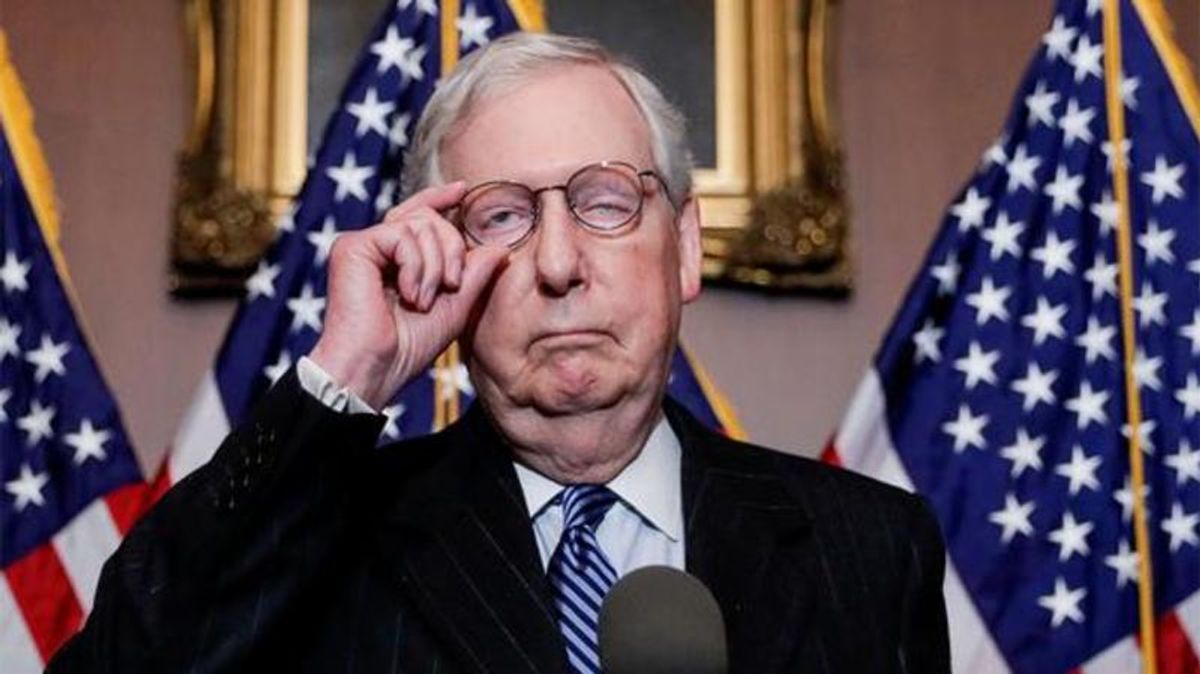 "Since every day that's followed since the Jan. 6th insurrection of the Capitol, what we have learned has grown more and more terrifying," said Associated Press reporter Jonathan Lemire. "Each day seems to bring with it a new video, new testimony, as to just how dire things were in that day and they were bad from the beginning.

It has become clear, Lemire explained, that the "rioters were in there looking for blood ... and they are saying, to a person, that they were doing so at the behest of President Donald Trump, that he inspired them, he incited them, he fueled that riotous mob, though insurrection that stormed the Capitol that day."

The White House has been silent in the past several days and only a handful of staff are left, he explained. But they're aware of what's happening and they're "keeping their eye on the impeachment trial."

"They recognize that if -- that there could be momentum and it would be started most likely by Majority Leader McConnell, that if he were to vote to remove the president from office, a number of Republicans could follow suit and if he were to be convicted, and kicked out," Lemire explained.

Substitute host John Heilemann noted that last week's decision by McConnell not to do a trial and subsequent leak he might consider conviction has been followed by inaction, leading many to wonder if he actually wants to ignore the whole thing.

"He's just slow walking this and for the moment, I saw it, I thought, you know, there's another way to interpret this," said Heilemann. "Potentially, McConnell understands that the more reporting that happens, the more testimony that occurs, the deeper we dig, the worse this is going to get for Donald Trump and that this is the way, if you want to get Trump convicted in the Senate ... The Senate always wants to slow everything down. You know, McConnell, knowing his colleagues would be reticent about convicting Trump, moving as fast as the House did on the impeachment side, that it seems to me that if McConnell wants to get Trump out, he may have understood that waiting a little bit was the best way to set up that case and get that job done."