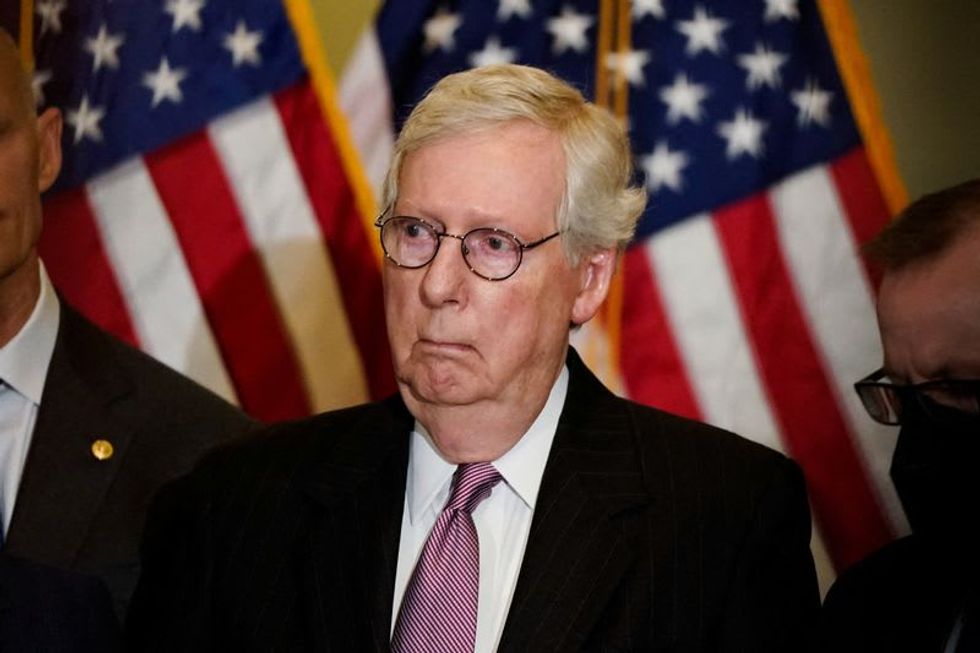 (Reuters) -U.S. Senate Republican Leader Mitch McConnell said on Sunday he expected the Senate to vote on Wednesday to approve about $40 billion in proposed aid to help Ukraine resist Russia's invasion after holding a related procedural vote on Monday.

"We expect to invoke cloture - hopefully by a significant margin - on the motion to proceed on Monday, which would set us up to approve the supplemental on Wednesday," McConnell told reporters on a conference call from Stockholm after visiting the Ukrainian capital on Saturday. He was referring to a procedural "cloture" vote that caps further debate on a matter at 30 hours.

President Joe Biden requested $33 billion in aid for Ukraine on April 28, including over $20 billion in military assistance. The U.S. House of Representatives boosted the sum to roughly $40 billion, adding more military and humanitarian aid.

Speaking from the capital of Sweden, which along with Finland plans to seek membership in NATO, McConnell voiced strong support for both countries joining the 30-member Western military alliance created to deter Soviet aggression.

"They have very capable militaries, both of them," McConnell said. "They will be important additions to NATO if they choose to join, and I think the United States ought to be first in line to ratify the treaty for both these countries to join."

(Reporting by Arshad Mohammed in Saint Paul, Minnesota, and Doina Chiacu in Washington; editing by Matthew Lewis and Jonathan Oatis)