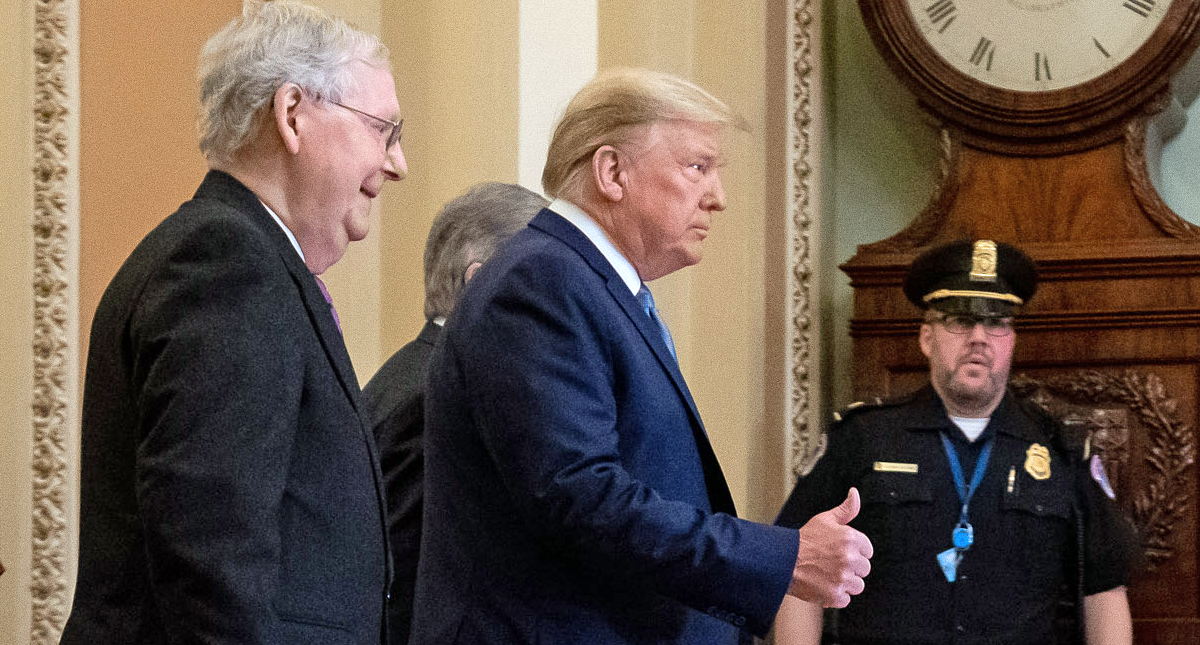 Writing Sunday, Will argued that the one good thing about McConnell is he doesn't care about being liked or popular. So, he can act in a way that might anger Trump's followers without fear of consequences.

"McConnell knows that Trump's grip on the Republican base — its activist core, which is disproportionately important in candidate-selection primaries — remains unshaken," said Will. "But not unshakable. Trump might soon have a bruising rendezvous with the prosecutors in the Southern District of New York. (While explaining his opposition to the Senate's convicting Trump, McConnell pointedly noted that 'impeachment was never meant to be the final forum for American justice,' and that 'we have a criminal justice system' and 'we have civil litigation.') Trump's potential problems, legal and financial, might shrink his stature in the eyes of his still-mesmerized supporters. McConnell knows, however, that the heavy lifting involved in shrinking Trump's influence must be done by politics."

An April 2020 report from The New Yorker labeled McConnell as Trump's "enabler-in-chief." When Republicans held the Senate and the House, McConnell helped usher in scores of judges and the tax policy the GOP has wanted for years.

"Many have regarded McConnell's support for Trump as a stroke of cynical political genius," said the New Yorker. "McConnell has seemed to be both protecting his caucus and covering his flank in Kentucky—a deep-red state where, perhaps not coincidentally, Trump is far more popular than he is."

George Will's piece went on to predict that McConnell's alliance was looking "riskier," but in the end, it wasn't McConnell who lost his seat in November.

Will suggested that in the coming 2022 midterm election, Republicans will continue to battle against each other in primaries.

"McConnell remembers, if few others do, the names of Delaware's Christine O'Donnell ('I dabbled into witchcraft,' but 'I'm not a witch'), Missouri's Todd Akin ('legitimate rape' does not cause pregnancy), Indiana's Richard Mourdock (a woman made pregnant by her rapist is carrying a 'gift from God'), Nevada's Sharron Angle ('Second Amendment remedies' might cure Congress's shortcomings) and others who won and then squandered Republican Senate nominations in 2010 and 2012," Will recalled. "This was before McConnell began wielding the national party's resources in defense of its interests in state parties' decisions."

Will closed his column by saying that had McConnell voted to convict, it would have been easier for Trump's followers to go after the GOP.

"No one's detestation of Trump matches the breadth and depth of McConnell's, which includes a professional's disdain for a dilettante. Trump enthusiasts are as hostile to McConnell as progressives are. He is equally impervious to the disapproval of both factions," he closed.