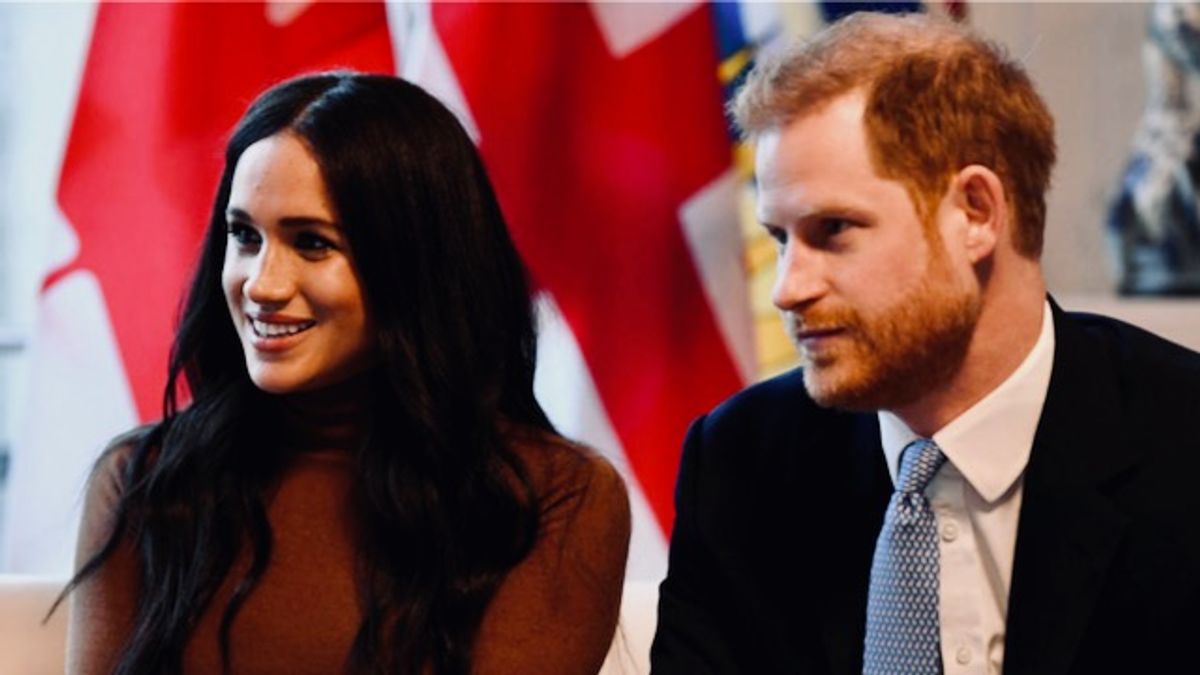 Buckingham Palace has responded by announcing an astounding list of problems they have with Meghan including that she emailed staff at 5 a.m.

"It's a fairly extensive list of things that has been pulled together," one source told the BBC. "The timing is not coincidental."

Across the pond, however, Americans understandably loyal to the Duchess are questioning why the Palace hates her so much while simultaneously defending Prince Andrew, who palled around with convicted sex offender Jeffrey Epstein.

"Following enormous public criticism of their conversation, in which Andrew said he did not regret his friendship with Epstein, the Queen's son voluntarily stepped back from his royal duties," reported Town and Country Magazine in 2020.

The interview didn't go well for Andrew, who was accused, but never charged, having sex with a teenage girl "who had been supplied to him by his friend," the New York Times reported in 2019.

"Viewers expressed shock and anger at Prince Andrew's lack of sympathy for Mr. Epstein's victims, as well as his unpersuasive denials of sexual misconduct, which included peculiar assertions, such as that he has been medically unable to perspire since his combat tour in the Falklands War," said the Times report.

Some are finding a lot of similarities with the way that the palace is treating Meghan and how they treated Harry's mother, the late Diana, Princess of Wales. Meghan faces a lot of characteristics that have led racist and prudish Brits to bristle at the marriage. She's divorced, she's Black, and she's American, all things that are not accepted among royals. Divorce doesn't seem to be the biggest problem as it isn't unheard of in the royal family as Prince Charles, Edward VIII, Princess Ann, Princess Margaret, and Queen Elizabeth's grandson Peter Phillips are all divorced.

One of the things that Meghan revealed was that the couple got married before the public ceremony because they wanted to have something that was just among the two of them. She said that the vows that they gave to each other privately are framed in their home.

She said that the story about her making Kate cry was the opposite of what happened. A few days before the wedding Kate was upset about something relating to flower girl dresses and it made Meghan cry. The story was the reverse in the press, saying Meghan made Kate cry. In fact, Kate brought Meghan a letter of apology and flowers and they two made up. At the time, Meghan was dealing with a lot of news about her father at the time.

"Everyone in the institution knew it wasn't true," said Meghan.

"Then why didn't they say that?" Oprah asked.

She went on to say that everyone in her world was given the directive to say "no comment," about the couple.

"And I did. I did everything they told me to do!" she said. Meghan noted that her friend would call her and say that there were horrible pieces and she told them, "don't worry, I'm being protected." It was only after they were married that she learned that the palace wasn't willing to tell the truth about her to protect. her while lying about others to protect them.

She also explained that there are two different versions of the palace - the family and the "institution." She spoke about how warm Queen Elizabeth was to her and that she reminded her of her late grandmother who she loved deeply. When it came to Kate, she said that everyone, including Kate, was unbelievably kind to her.

She also said that in the first several months she was very lonely and wanted to see her friends, but couldn't because the palace staff told her that she was in the press too much. She hadn't left the palace more than twice in four months.

She went on to say that some of the conversations around the couple's first child were about how he wouldn't get a title or security, but the worst was that there were questions about how dark his skin might be.

The Duke and Duchess also revealed that the conversation about whether Archie would be a prince were decisions made by the palace, not by the couple. At the same time, because the baby wouldn't be a prince, the couple wouldn't do a formal photo of them leaving the hospital. Their largest concern with Archie was that because he wasn't a prince he wouldn't get any kind of security to ensure his protection.

Oprah asked if she thought that the reason had to do with the color of his skin. Meghan then revealed that there were conversations with Harry about how dark Archie's skin might be when he's born.

See the video and tweets about the interview below:


Whether you'll be watching the Prince Harry and Duchess Meghan @Oprah interview tonight or not, this quote remains… https://t.co/0jSMv7urK9
— Derek Momodu (@Derek Momodu) 1615151826.0


daily mail perfectly highlights why Meghan left this hideous racist country! Why do they favour Kate ? The only con… https://t.co/2SgtvMvIvF
— Nick (@Nick) 1615132342.0

Whilst right wing go into meltdown about Harry and Meghan can we not forget this guy 👇 I’m more concerned about chi… https://t.co/LYgxkbjcOl
— Laura Smith (@Laura Smith) 1615109541.0