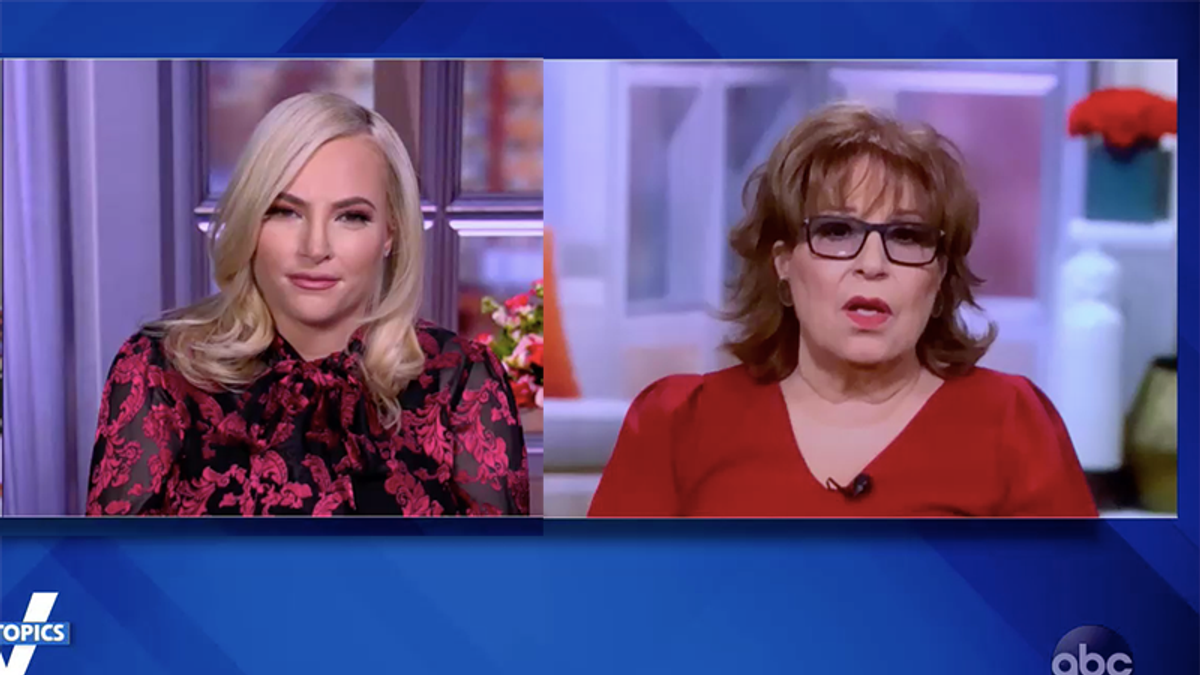 McCain turned the joke about Cruz into being about her as a Republican.

"I echo what everyone is saying about him, talking about the uncivil war, and, you know, that we need to come together as Americans and give him a chance, and I thought it was a really beautiful inauguration," she began. "The flip side of this is that there are 74 million Americans who, you know, didn't vote for him."

She went on to incorrectly state that it was a "much closer election than it should have been." Biden won by more votes than former President Barack Obama did in a matchup against Mitt Romney and more than the division of votes between former President George W. Bush and then-Sen. John Kerry in 2004. In 2000 and 2016, the Republicans in those years obviously lost the popular vote entirely. The 7 million-vote spread is a significant one, surpassed only by Presidents Obama in 2008, George H.W. Bush in 1988 and Ronald Regan. It's the second-largest election win in three decades.

"I think the question I have is, I believe Joe Biden. I don't know if I believe the rest of the Democratic coalition. I just listened to Joy call Ted Cruz an enemy and ask why he was at the inauguration," complained McCain. "If the rest of the Democratic Party and the left want to act like all Republicans and factions in this country are the enemy, I have trepidation going forward on just how much hope I have for us coming together because it's a great day to be a Democrat, but to be a conservative or to be Republican."

McCain was not among the insurrectionists who led a siege on the U.S. Capitol in an attempt to overthrow the legislative branch of government. While she's correct, 74 million didn't cast ballots for Biden, the majority of those 74 million voters also didn't support the overthrow of the 2020 election and they certainly didn't support the insurrection. A whopping 7 in 10 Americans say that Trump deserves some blame for the attack and 54 percent think he should be charged with inciting a riot. Even an overwhelming number of Republican voters saw the attack as a "bad" or "tragic" event a YouGov poll said.

While McCain may still call herself a Republican, the Trump-wing of the GOP has horrified many Americans who oppose the 2020 election overthrow and the insurrection. Hawley's own state doesn't approve of his actions, according to Missouri polls. Americans also disapprove of Cruz's actions to the tune of 65 percent to approve at 30 percent.

Sunny Hostin went on to agree with Behar, reading tweets from Cruz and Sen. Marsha Blackburn (R-TN) attacking Biden while he was being sworn into office.