Merrick Garland: 'White supremacist groups to pose a fundamental threat to our democracy' 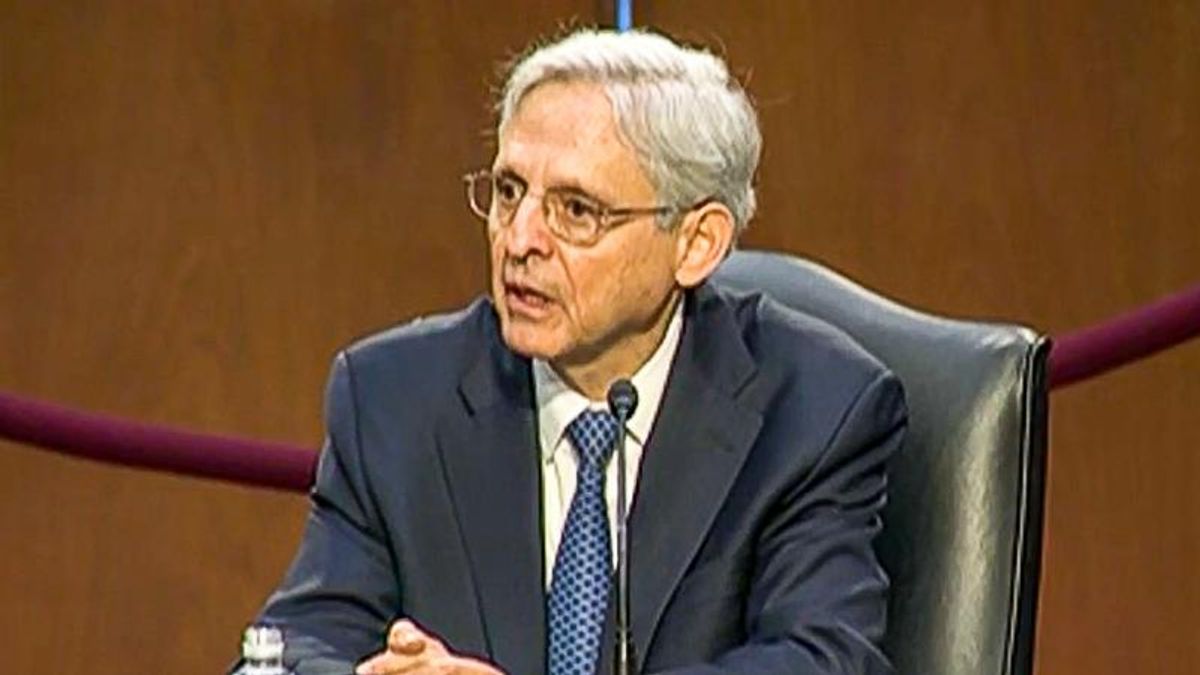 "Indeed, President Trump instructed the Proud Boys on national television to stand back and stand by," Padilla recalled. "Then he summoned them to the Capitol on January 6 as Congress was meeting to certify the election."

"As we sit here in the United States Capitol surrounded by National Guard troops and barbed wire, how will you bring the full resources of the Justice Department to bear on white supremacist organizations that pose an ongoing threat to not just the safety of this Capitol building but to our fundamental democracy for which it stands?" the senator asked.

"I couldn't agree more that extremist groups and particular white supremacist groups to pose a fundamental threat to our democracy and they have posed that threat throughout our history," he said, pointing out that the DOJ was first established to fight the Ku Klux Klan.

Garland said that his "first priority" as Attorney General would be to focus on the Jan. 6 attack.

"We also have to have a focus on what is happening all over the country and on where this could spread and where this came from," he insisted.