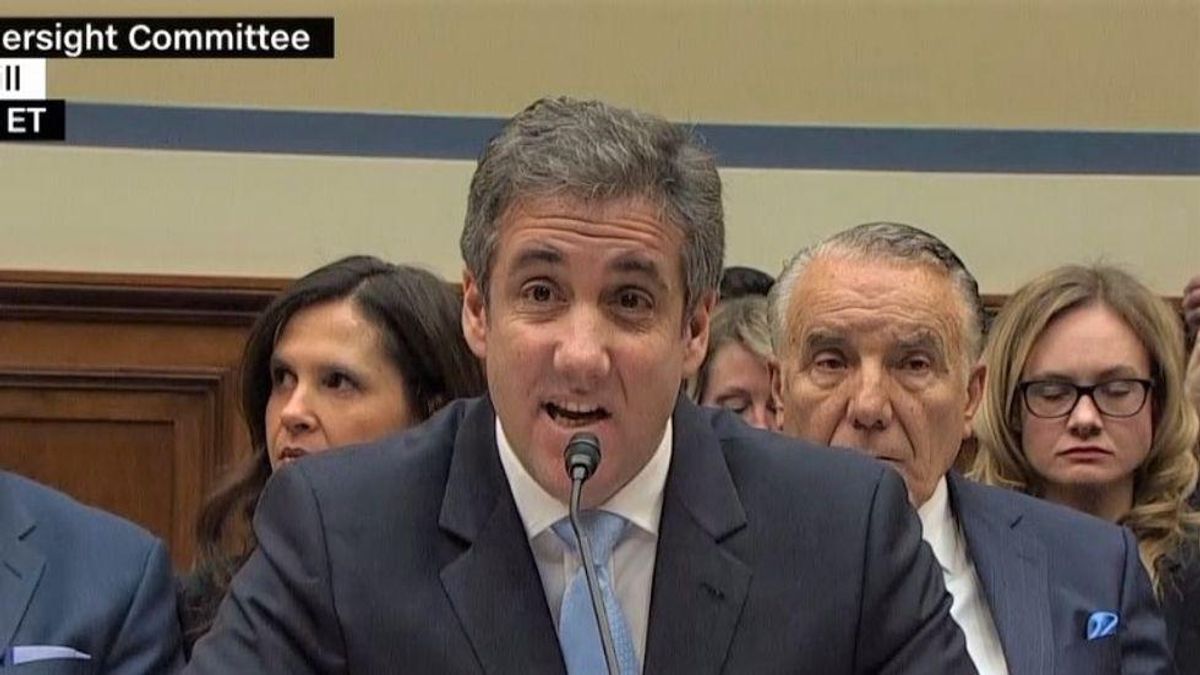 Speaking to MSNBC's Ari Melber on Wednesday, Michael Cohen warned that Allen Weisselberg would suffer the consequences of the Trump Organization's corruption.

"He will, unfortunately, or fortunately, depending upon which way you see it, he will become collateral damage," said Cohen. "But it is not just Allen Weisselberg that's going to be collateral damage. It is going to be his two sons as well. Barry, who worked for the company dealing with the carousel, and Jack Weisselberg, who was involved with Ladder Capital with the two loans that were given to the Trump Organization. So, Allen has a choice. The choice is, do you want to spend the golden years of your life behind bars while remaining loyal to Donald Trump, knowing that Trump would absolutely 100 percent not be loyal to [Weisselberg], or are you going to allow yourself and your sons to go to prison versus pass along the information and try to get yourself some sort of leniency?"

Cohen went on to say that the documents are already in the hands of the DA and the New York attorney general. "You're not going to escape it." The documents he's referring to are evidence proving that Weisselberg was involved in the hush-money payments to Stormy Daniels and Karen McDougal.

"On top of that, they have, again, documentary evidence — you know, the problem with everybody in the Trump Organization is that they all lie," Cohen continued. "And they will continue, as I did, including with Congress. We all lied in order to protect Donald. The problem, though, is that there are documents that show the opposite, that I wasn't the only one that lied in the creation of that document. It was Ivanka and Jared and the lawyers. All of them were involved in the setting up of that -- of that information to Congress. So, yes, I'm the one that suffered the consequences, and my belief is that Allen is going to suffer the same consequences."