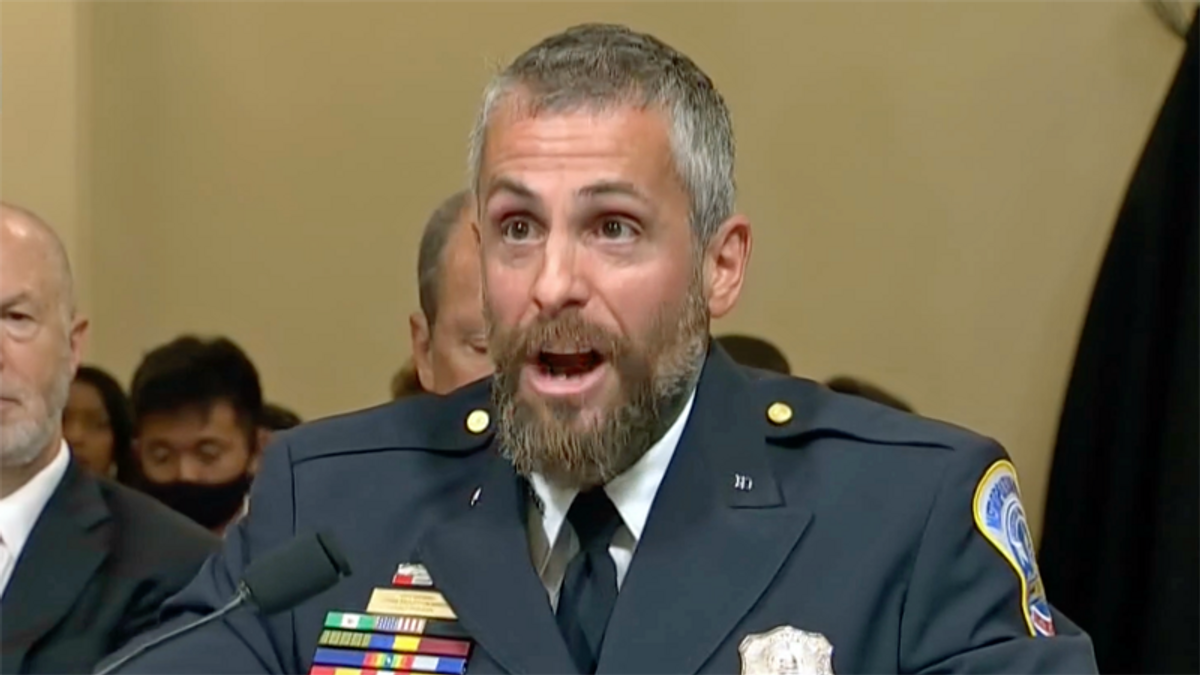 "I thought I had seen it all, many times over. Yet what I witnessed and experienced on January 6th, 2021, was unlike anything I had ever seen, anything I'd ever experienced or could have imagined in my country," he said.

"I was grabbed, beaten, tased, all while being called a traitor to my country. I was at risk of being stripped of and killed with my own firearm, as I heard chants of 'kill him with his own gun.' I could still hear those words in my head today," Fanone explained. "At some point during the fighting, I was dragged from the line of officers and into the crowd. I heard someone scream 'I got one!' as I was swarmed by a violent mob. They ripped off my badge, they grabbed and stripped me of my radio. They seized ammunition that was secured to my body. They began to beat me with their fists and with what felt like hard metal objects."

He called out Republicans downplaying the severity of the insurrection.

"What makes the struggle harder and more painful is to know so many of my fellow citizens, including so many of the people I put my life at risk to defend, are downplaying or outright denying what happened," he said. "I feel like I went to hell and back to protect them and the people in this room, but too many are now telling me that hell doesn't exist or that hell actually wasn't that bad."

"The indifference shown to my colleagues is disgraceful!" he said with raised voice as he slammed the table. "My law enforcement career prepared me to cope with some of the aspects of this experience. Being an officer, you know your life is at risk whenever you walk out the door, even if you don't expect otherwise law-abiding citizens to take up arms against you. But nothing — truly nothing — has prepared me to address those elected members of our government who continue to deny the events of that day, and in doing so, betray their oath of office. Those very members whose lives, offices, staff members I was fighting so desperately to defend."