Man attacked by angry mob at GOP event after calling Michael Flynn ‘the biggest scumbag traitor in the history of this country’: lawsuit 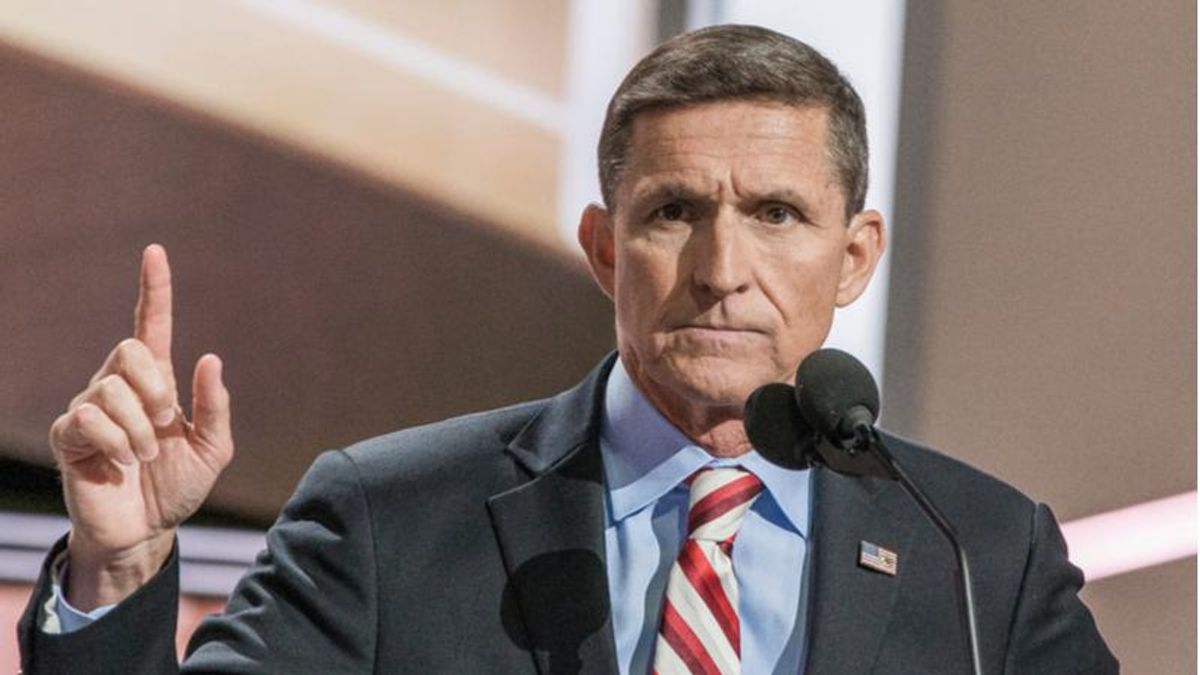 Last month during the GOP's "Rock the Red" event in Greenville, South Carolina, where former Trump national security adviser Michael Flynn was a featured speaker, a man named Matthew McDaniel approached the stage and reached for the microphone -- which he called a "public microphone" -- and called for a toast to Flynn, according to a report published at The Sun News.

"General Flynn is the biggest scumbag traitor in the history of this country, next to Donald Trump," he said to a shocked audience.

A scuffle broke out afterwards as attendees tried to intervene. According to a lawsuit filed by McDaniel, he was "grabbed," then "slammed" by Horry County GOP activist and former right-wing radio host Chad Caton, then put in a "horse-collar grip" and slammed again before being pushed out of the venue, The Sun News reports.

"Following the incident, South Carolina Republican Party leaders, including Horry County GOP Chairman Roger Slagle, Horry County GOP Vice Chairman Jeremy Halpin, Horry County GOP State Executive Committeewoman Tracy 'Beanz' Diaz and MySCGOP leader Pressley Stutts, released statements about McDaniel and what had happened at the event," The Sun News's report stated. "In the statements, leaders defended Caton's intervention and described McDaniel and his actions as 'antifa' — shorthand for anti-fascist activists who have joined protests around the United States in recent years, some of which turned destructive — and said McDaniel had a weapon. McDaniel said both claims were untrue."

Named in McDaniel's lawsuit is Caton, Slagle, Halpin, Diaz, Stutts as well as other South Carolina GOP figures. McDaniel is accusing them of assaulting him and defaming him afterwards.

"They assaulted me and they defamed me and I want them to be held responsible and for them to apologize," McDaniel told The Sun News.

"It was actually very disturbing what some of the people were talking about," McDaniel said. "I wanted to go and observe and learn and find out what these QAnon people were all about."

"Flynn was up there spouting off his propaganda and I think at least one person should stand up and say the truth," he added.

Read the full report over at The Sun News.