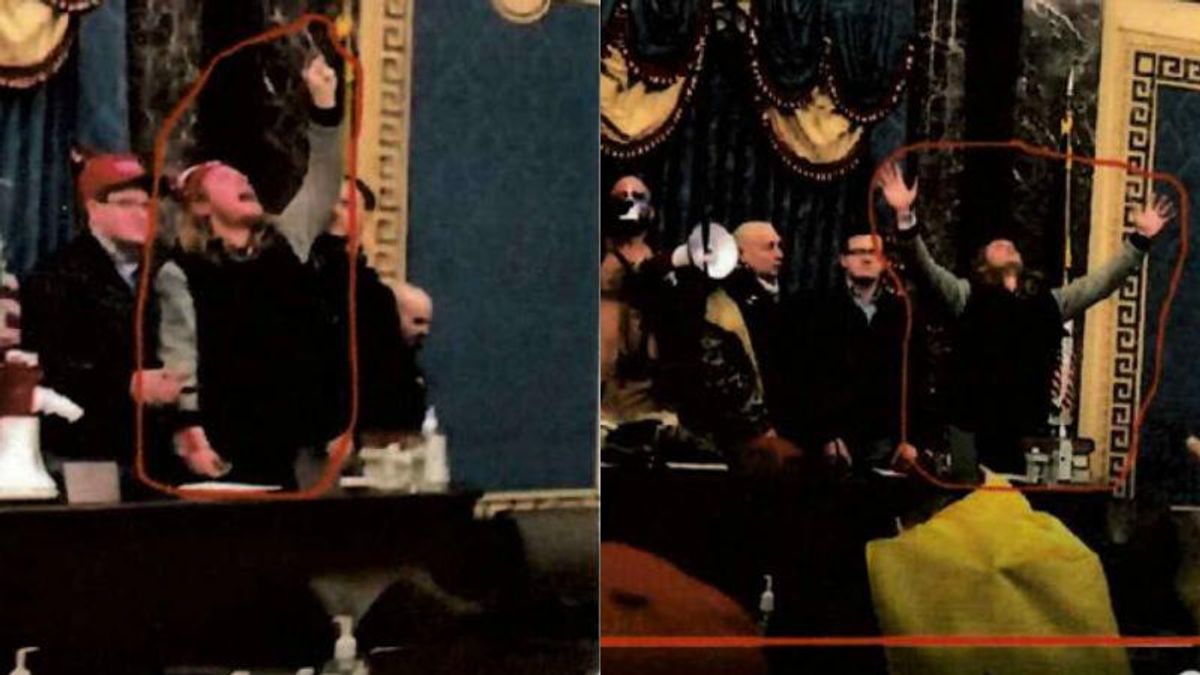 Roche, 26, of Murfreesboro Tenn., posted video on Facebook, according to the FBI complaint. Here's how it read in part:

"My name is Michael Roche. We're here in Washington D.C. We did get a chance to storm the Capitol. And we made it into the chamber…We managed to convince the cops to let us through. They listened to reason. And when we got into the chamber, we all started praying and shouting in the name of Jesus Christ and inviting Christ back into our state capitol."

Roche, who was also photographed at the Trump rally before the riot, had a celebrity photo op with Jacob Chansley, aka the QAnon Shaman. Here's how he captioned the photo:

"Took a pic of this wonderful man from AZ before the media tried to smear him as Antifa. My brother was shoulder to shoulder praying in Jesus name in the main capital chamber holding up the Bible. I want too see those photos. Do NOT believe what you hear." (Unedited)

The FBI complaint cites a video from the New Yorker's YouTube channel showing Roche in the Senate chamber behind the desk of Vice President Mike Pence "with at least three other rioters, including Chansley, who begin to shout and pray."

Here are the charges against, Roche, with maximum penalties, as reported by the Nashville Tennessean:

Knowingly entering or remaining in a restricted building or grounds without lawful authority, for which the maximum term in prison is one year, the maximum fine is $250,000;

You read the FBI complaint here.