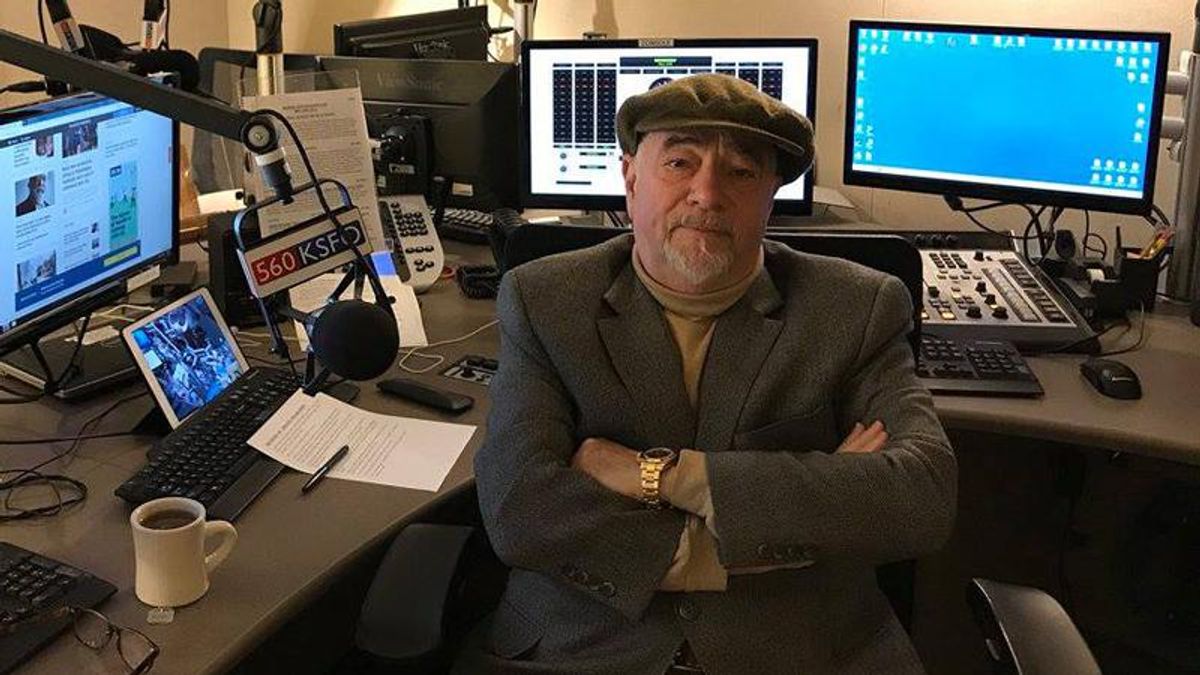 Controversial right-wing podcaster Michael Savage is complaining about being forced out of a federal position.

"The Biden administration requested Michael Savage's resignation from the board of the Presidio Trust in a letter to him Thursday morning, a move he is calling a "purge" of God and the military at the national park at the base of the Golden Gate Bridge in San Francisco, California," Newsmax reported Thursday. "While there are three Trump appointees on the board, Savage says he is being singled out for his seeking to keep a salute to God and the military at the former military post."

Savage, whose real name is Michael Weiner, told the far-right network, "I will not be forced to resign.

However, according to correspondence he said was from the White House, if he did not resign by "6:00 PM today" he would be terminated.

"They want to make this Woodstock West, some sort of hippie exhibit," he argued.