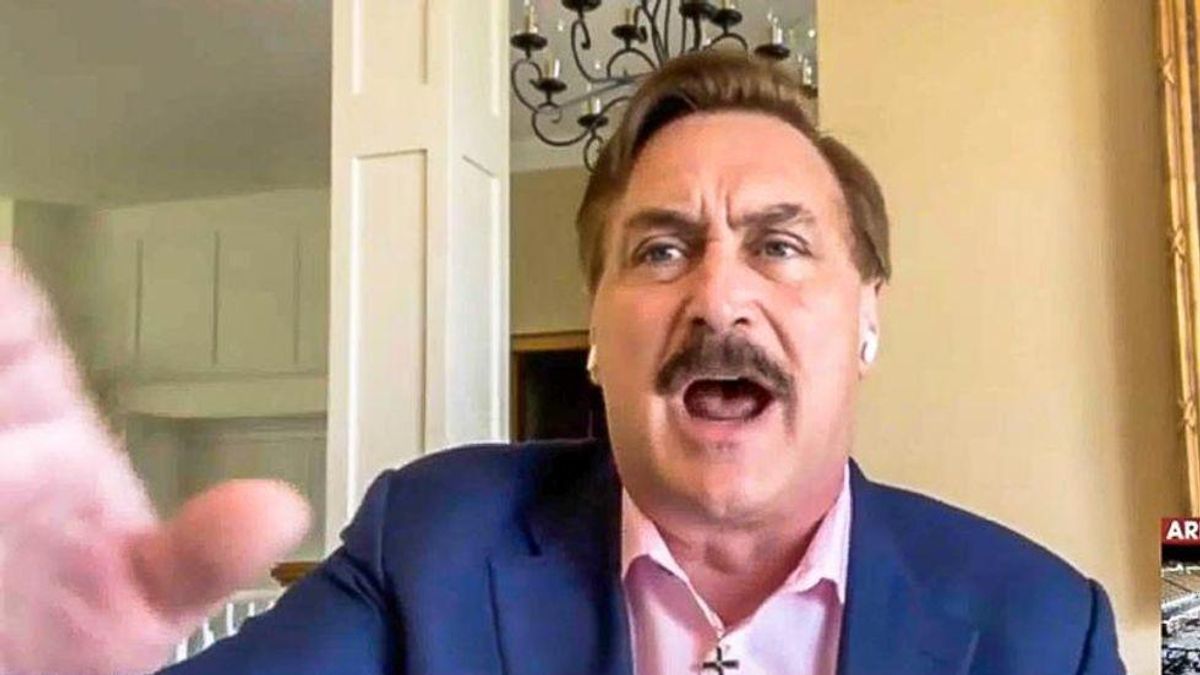 In particular, she writes that he's spending a fortune -- literally "tens of millions" of dollars" -- in his quest to undermine the 2020 election and reinstall former President Donald Trump to the White House.

What's more, Applebaum believes that it's dangerous to simply dismiss Lindell as a "clown" by noting that similarly eccentric businessmen such as American businessman Henry Ford, whose anti-Semitic ravings proved influential among Nazi leadership in the 1930s.

During an interview with Lindell, Applebaum pressed him on his claims that he's being persecuted.

"I don't see anybody arresting you," she pointed out

"Okay, I'm not talking about the government," he said. "I'm talking about social media. Why did they attack me? Why did bots and trolls attack all of my vendors?"