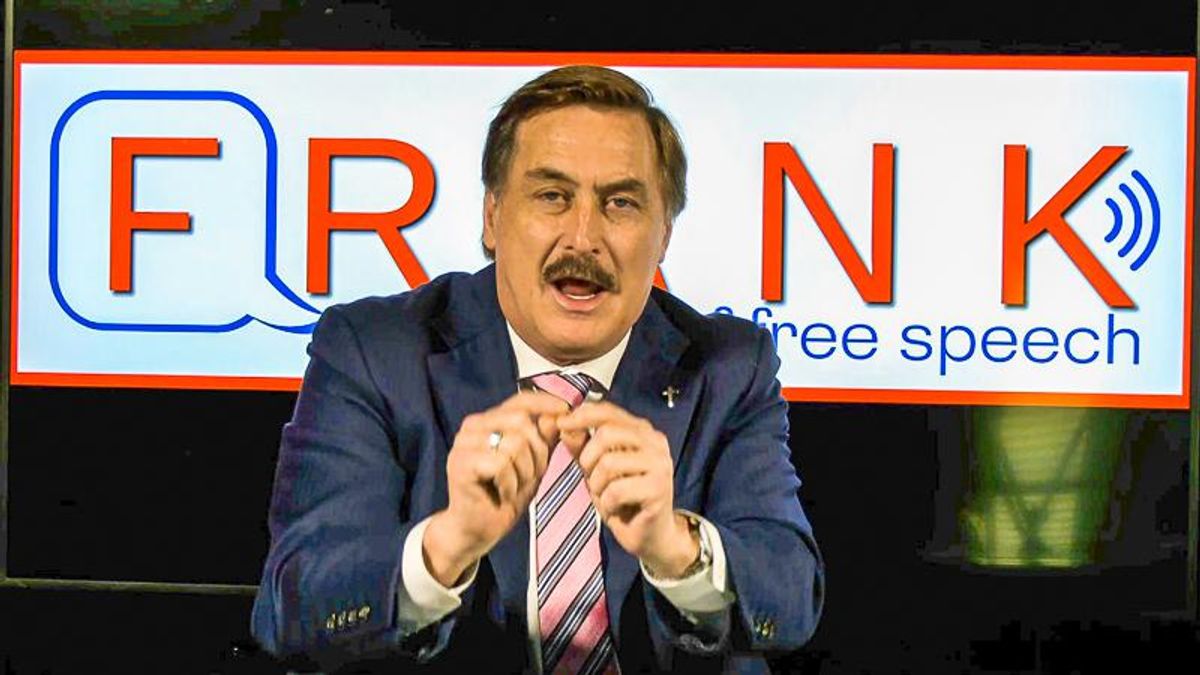 "MyPillow has just sued Dominion for $1.6 billion," he said. "This is a free speech case. This is a First Amendment case."

"And what a day to do this on the same day of launching Frank and they did everything they could all night long, destroying, destroying us," Lindell added. "And we got live to you, we got live early. You're not going to be able to put in your profiles like we said until, um, sometime today."

Lindell also presented a digital counter, which he said represented the number of people accessing his site. But at the time of recording, the site was inaccessible for most users.

Watch a portion of the broadcast below.