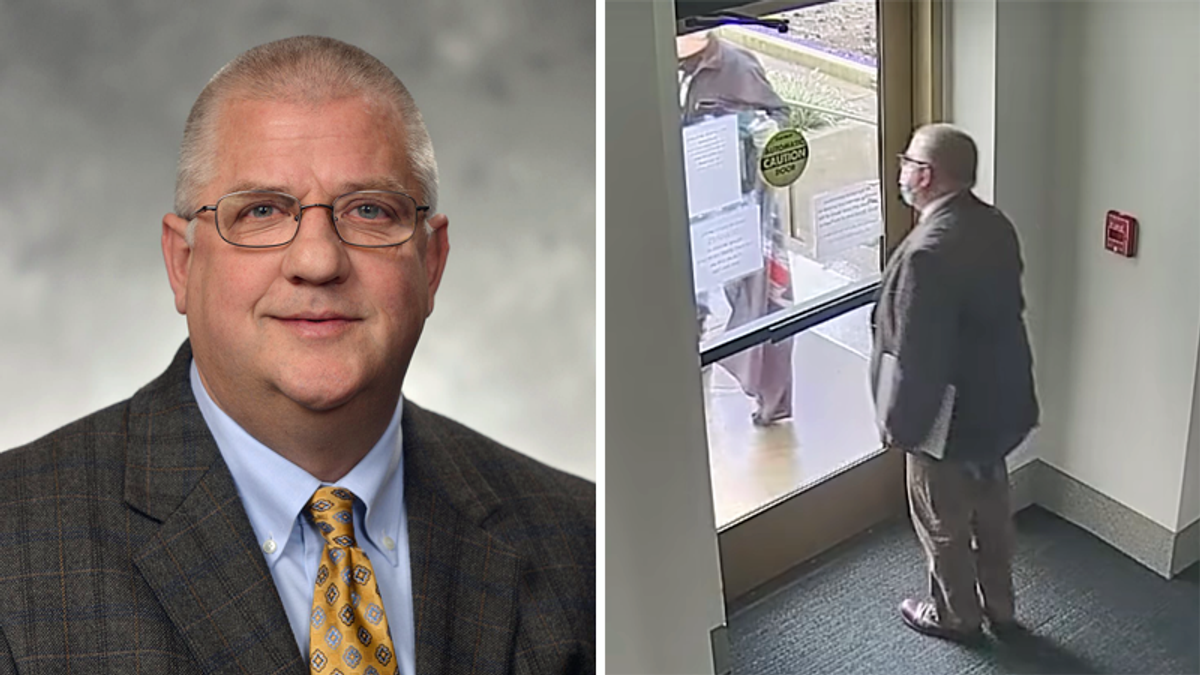 Republicans in Oregon are seeking to reinstall the first person ever expelled from the state's House of Representatives.

"Former state Rep. Mike Nearman has emerged as his party's top choice to retake the House seat he just lost," Oregon Public Broadcasting reported Saturday. "Nearman garnered the most votes among local Republican party members who'd assembled Friday to choose nominees for the now-vacant House District 23. The four-term lawmaker was expelled from the seat earlier this month, after video footage emerged showing him planning a Dec. 21 incursion into the state Capitol by right-wing demonstrators."

"The fact that Nearman apparently garnered the most votes does not guarantee he'll return to the House. The decision of who will fill the vacant seat will be made by county commissioners in Polk, Yamhill, Marion and Benton counties, the four counties which HD 23 touches," the station reported. "Polk County, which contains the most voters within the district, will have nearly 50% of the say in who is appointed to HD 23. And in a sign that Nearman could face steep odds, one of the county's commissioners told OPB on Saturday he doesn't support the former lawmaker."

Nearman released a statement on the website of the Northwest Observer, which he founded in 2020.

"I'm humbled that my fellow Precinct Committee-persons voted overwhelmingly to return me to the House as their representative. The fact that they chose me shows that they value someone with courage and principles that will stand up to Democrats, the media and even their own party to do what is right," Nearman wrote.

One video shows Nearman telling right-wing activists how he would help them pull of the incursion days before it happened:

Another video, captured by surveillance video, shows Nearman carrying out his plan to help far-right activists breach the Capitol: