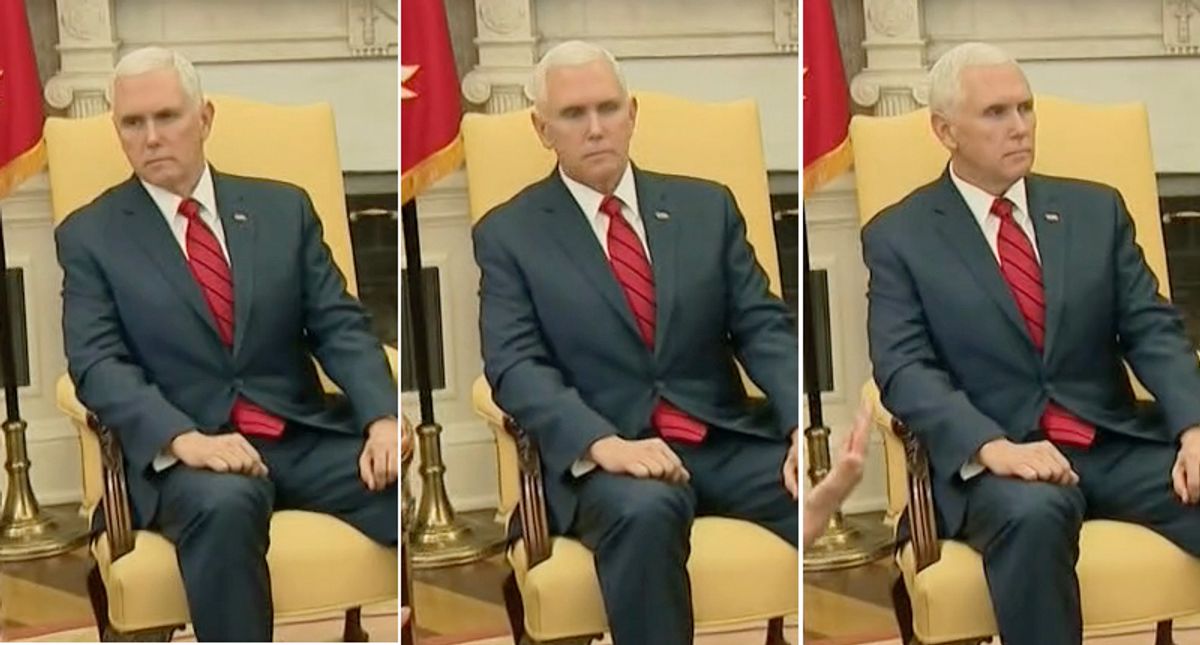 "I may decide to beat them for a third time," Trump said after falsely claiming he beat Democrats already in 2020.

But in his discussions, Trump has wondered about "alternatives to Pence as he takes stock of who he believes stood with him at the end of his term and who didn't, according to two of the people." Three of the people familiar with the discussion said that Pence likely wouldn't be on the ticket.

Advisers have discussed a running mate that is either Black or female instead, like Trump loyalist Gov. Kristi Noem (R-SC), who led her state to be among the worst states in the country devastated by the coronavirus. One judge even called her out in court for having "done little" to help the state.

Trump adviser Jason Miller told Bloomberg News that there are "no such conversations are happening" about choosing another candidate other than Pence if he runs again in 2024. He also said that Trump "hasn't made any decisions regarding a potential 2024 run."