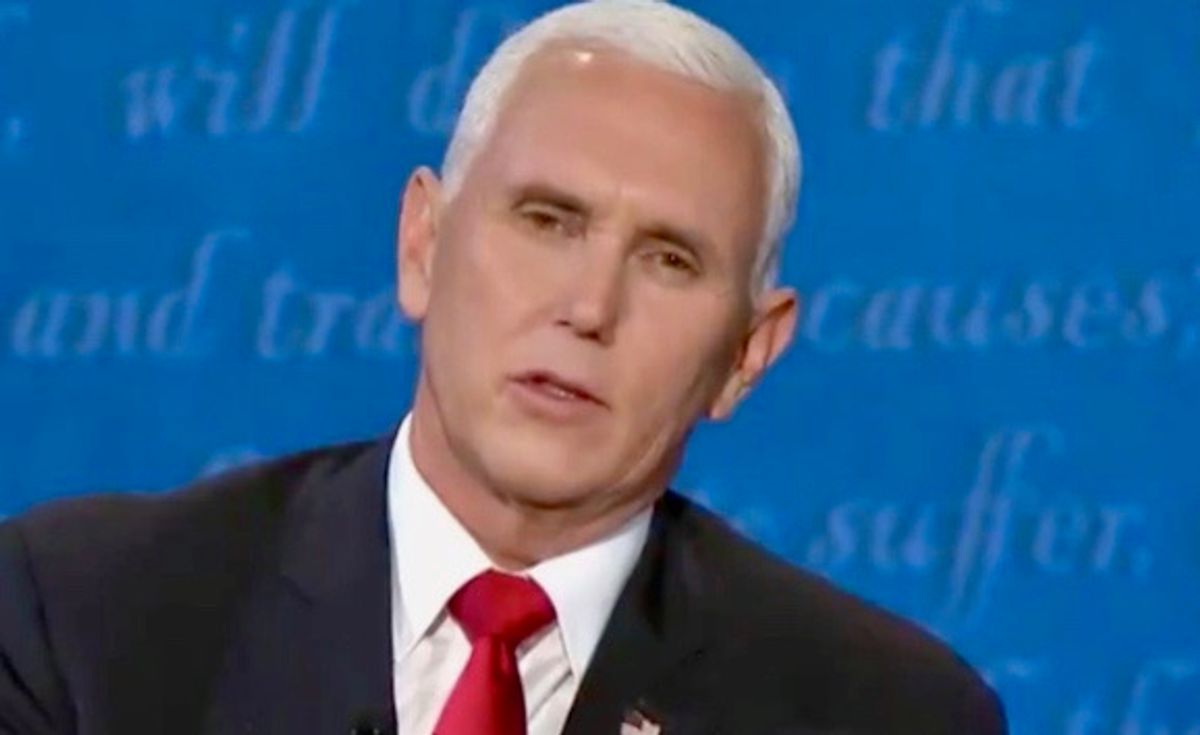 "I think Mike Pence would like to be president," said Carpenter. "Realistically, he probably never will, but what he does know is that if he keeps his mouth shut, the mob that came after him on January 6th won't come after him again. He will have a safe, comfortable life in the warm bath of the conservative movement at think tanks and conservative media, but they will never ask him a tough question about the events that he witnessed that led up to the insurrection and what it felt like to become a victim of it."

"Like, he has a safe comfortable life if he just keeps his mouth shut and waves the flag for Trump," added Carpenter. "That's what he's aiming for. Anything after that, gravy."