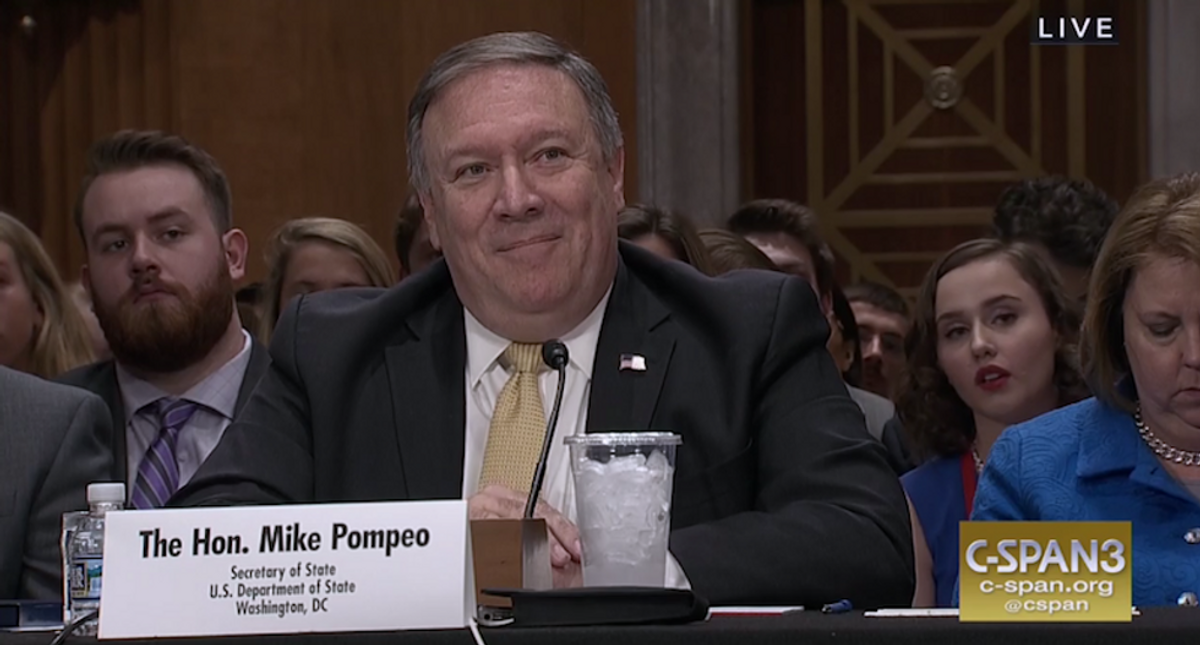 Journalist Ronan Farrow has uncovered a lot of horrifying things that reportedly happened at the U.S. State Department during former President Donald Trump's time in office.

In a new article published in The New Yorker, Farrow revealed how frustrated career diplomats and staffers at the State Department have been from the leadership of Secretaries Rex Tillerson and Mike Pompeo. But it was the stories about Pompeo, in particular, that are the most shocking.

Pompeo has been among those suspected of a presidential run after visiting states like Iowa and New Hampshire, but the stories from State Department staff aren't promising for Pompeo's future career.

A source remembered the night that American Philip Walton was kidnapped by armed mercenaries in southern Niger. They demanded a million-dollar ransom and threatened to sell Walton to terrorist groups. Navy Seals were prepared to do a rescue mission but Pompeo pushed back against the idea.

"Pompeo grew visibly annoyed with the request that he make the phone calls, eventually replying, 'When am I going to sleep?' The staffer told Pompeo that the American citizen being held was unlikely to be sleeping much," said the report.

He ultimately agreed to authorize the rescue operation and got the sleep he so desired. Then he took to Twitter celebrating the success as if he'd supported it from the beginning.

"Staffers said the tweet was one of multiple instances when Pompeo appeared to use his position to boost his or Trump's political fortunes," said The New Yorker.

"Tillerson's problem was function, Pompeo's was deliberate," said one Foreign Service officer present during Pompeo's reign. "There was never really any input from the field. There was less input from the building."

The officer also recalled Pompeo screaming a lot, "Pompeo was a d*ck, that I would agree on." His rage wasn't for lower-level staffers, it extended to Foreign Service officers all the way to a prominent European foreign minister.

Toward the end, sources told The New Yorker that Pompeo wouldn't even sign off on hiring people of color when there was just an 8 percent diversity rate in the department.

Then there was the matter of corruption. The State Department Inspector General ruled that Pompeo misused his authority by demanding Foreign Service officers walk his dog and pick up his wife's dry cleaning. When the inspector general began looking into the complaints, Pompeo put him on administrative leave.

Things got worse during the transition. Many thought it was a joke when Pompeo said "there will be a smooth transition to a second Trump administration." It wasn't. He refused to meet with incoming State Department nominee Anthony Blinken until it was leaked to the media. Pompeo then started tweeting political things from the State Department account trashing media outlets or Trump slogans. The inspector general ultimately found that Pompeo was guilty but there were no consequences for it since he had already left office.

Once he was gone, the department was burdened with many vacancies because of the "acting" official problem. When appointees couldn't make it through the Senate approval, so there was no transition, just a vacancy.

It has been six months since the Biden administration took over and Secretary Anthony Blinken began his tenure at the State Department. He revealed that during the Trump administration, the State Department suffered significantly from the departure of career diplomats. Tillerson also issued a hiring freeze at a time that there was a need for more international staffers not fewer.

That "penalizes you in all sorts of ways that will go on for generations, not just for a bunch of years," Blinken told Farrow. He explained that with so few diplomats, "We're going to get into all kinds of conflicts we might have avoided through development, through diplomacy."

Insiders, however, say that things aren't moving fast enough, but there is some hope for the first time in years.

Read the full report from The New Yorker.