'Thirsty buffoon' Mike Pompeo mocked for using Fox News as his 2024 rehabilitation gig: 'No one would hire him' 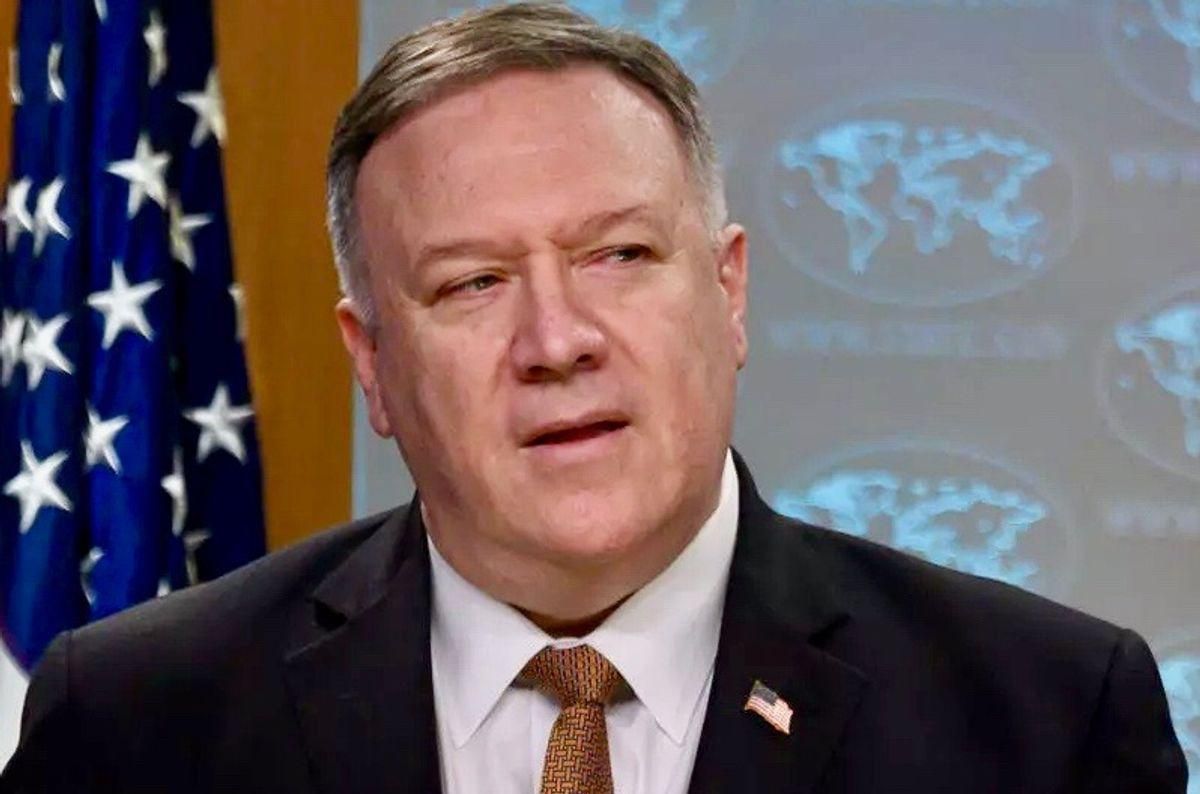 Former Secretary of State Mike Pompeo is the latest from Donald Trump's administration to join Fox News as the network moves to fight the ratings battle against Trump-friendly outlets Newsmax and OAN.

After a scandal-plagued leadership at the State Department, Pompeo could be seeking to rehabilitate his image among voters who might support his presidential aspirations. In March, Pompeo met with Iowa Caucus voters a full three years ahead of the next caucus. Earlier that month, Pompeo hosted an online chat with New Hampshire Republicans at a fundraiser for Merrimack Town Councilor Bill Boyd, who is running in a special congressional election.

Those reading the news about Pompeo's new contract with Fox turned the conversation to rebuilding his image and Fox's desperation to recapture disaffected Trump supporters who are still angry about the network calling Arizona for Biden.

Hysterical @mikepompeo Literally no one else except fake news @FoxNews will hire these clowns https://t.co/wgWcY121LT
— Bobby L (@Bobby L)1617893736.0

Remember when people talked about the crapulent bloviator Mike Pompeo as a Presidential candidate? Not so much any… https://t.co/Jiwete8rkw
— VoteBlue in 2020 (@VoteBlue in 2020)1617893866.0

Fox News could provide Mike Pompeo with a powerful platform to reach a GOP audience should he decide to run for pre… https://t.co/918rub4FN0
— Ted Johnson (@Ted Johnson)1617893950.0

Wow. Fox News is staffing up to beat the competition. Mike Pompeo is going to e a contributor.
— Bern Storage (@Bern Storage)1617894216.0

From Secretary of State to a spot on the fox & friends couch ... @mikepompeo way to go pic.twitter.com/X9kDG19Q6f
— HER_EMAILS (@kathytexhubert) April 8, 2021

If Mike Pompeo wins the nomination, let alone the presidency, I'll eat my own ass.
— The Witch King of Appalachia (@percandidate) April 8, 2021

You've gotta be kidding. If you had any understanding of these things you wouldn't have been the worst Secy of State in US history. But you were.
— Zaza Chilvers (@ZazaChilvers) April 8, 2021

No one else would hire you.
— sidney hunsecker (@SidneyHunsecker) April 8, 2021

Now you can lie freely and without challenge! I'm happy to say I, nor my entire family, will ever watch you on that horrific affiliate. pic.twitter.com/0s0higF9sO
— Emmyjo (@Road_trippn) April 8, 2021

Mike Pompeo thought he was going to run for president. I'm assuming Trump told him no.