There’s not enough space in this newspaper to chronicle all of Mike Pompeo’s lies: Conservative Max Boot 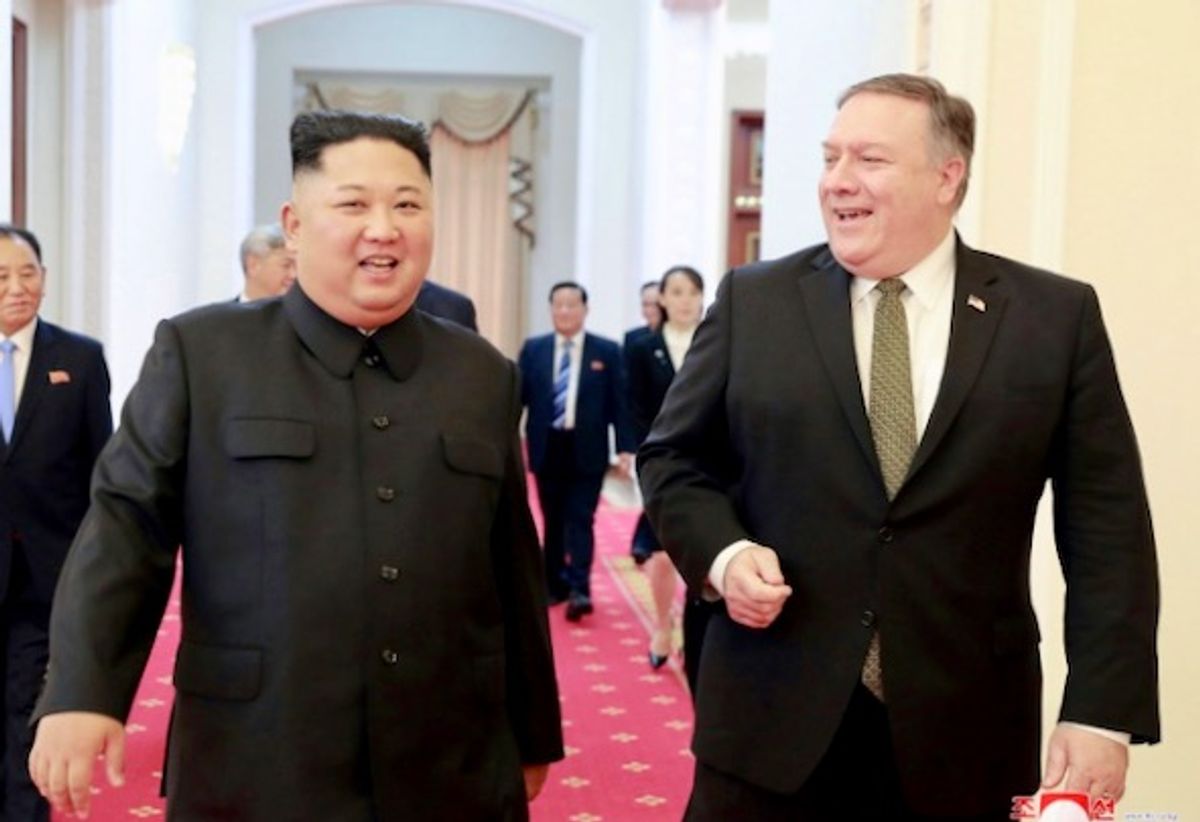 Conservative columnist Max Boot revealed in his Tuesday column that the slate of lies from Secretary of State Mike Pompeo over the course of his tenure in office are so extensive that the Washington Post couldn't fit them all in the newspaper.

Calling him "Pinocchio Pompeo," Boot explained that it seems the Secretary is working to rewrite history for the past four years to handle his "battered reputation."

Pompeo, who was once considered a possible U.S. Senate candidate, has few options for a post-State Department career other than a lobbyist or foreign agent. But even those positions couldn't fully exonerate himself for the scandals, lies and photo-ops with North Korean dictator Kim Jong Un.

"Pompeo's Twitter thread — now dozens of entries long — began on Jan. 1 with the kind of baldfaced lie you would have expected from Big Brother."

We’re so much safer today than four years ago. Over the coming days, I’m going to lay out the mission set, the huge… https://t.co/EpNjeaE1bH
— Secretary Pompeo (@Secretary Pompeo)1609507800.0

The claim came as a shock to boot, who observed 2020 as the deadliest in U.S. history. The coronavirus has taken more than 354,000 lives. Those deaths are directly linked to the "epic mismanagement of the president Pompeo has served with canine servility," Boot said.

That is just the beginning.

Realism. Restraint. Respect for our founding. These are the core ideas that define America First. And they’ve helpe… https://t.co/6dLUQY00cH
— Secretary Pompeo (@Secretary Pompeo)1609522200.0

No more leading from behind. We are #LeadingFromTheFront, tackling the world's toughest problems. https://t.co/3AzbokihmC
— Secretary Pompeo (@Secretary Pompeo)1609594200.0

The Trump Administration pushed for a #HemisphereOfFreedom. We didn’t side with dictators, like the last Administra… https://t.co/Ja5ncJfNl5
— Secretary Pompeo (@Secretary Pompeo)1609767067.0

Start with Afghanistan. Every Administration since Bush 43 wanted to draw down U.S. troops and forge peace talks be… https://t.co/mLGTY1KYF1
— Secretary Pompeo (@Secretary Pompeo)1609596001.0

As Boot explained, they're all lies. With Venezuela, regardless of who won, the U.S. has no power or sway in the existing government whether or not it's legitimate. Supporting Juan Guaido gets the U.S. nothing and it isn't helping deliver much-needed assistance to the Venezuelan people.

As for Afghanistan, former President Barack Obama pulled the greatest number of troops out of the country. Where, in 2017, Trump added troops on the ground. So, whatever few troops that were left in the area, the new administration added to it before they drew down.

As for Russia, Pompeo's claim is simply laughable. Had Pompeo (or Trump) been stronger in dealing with Russia, chances are they wouldn't have spent 2020 hacking the U.S. government.

But the most ironic claim came when Pompeo asserted, "We didn't side with dictators, like the last Administration." All one has to do is look at Pompeo's photos with Kim Jong Un and the Saudi crown prince to see the Trump administration siding with dictators. In fact, the Trump White House even exchanged love letters with one of them.

Read all of Boot's column at the Washington Post.