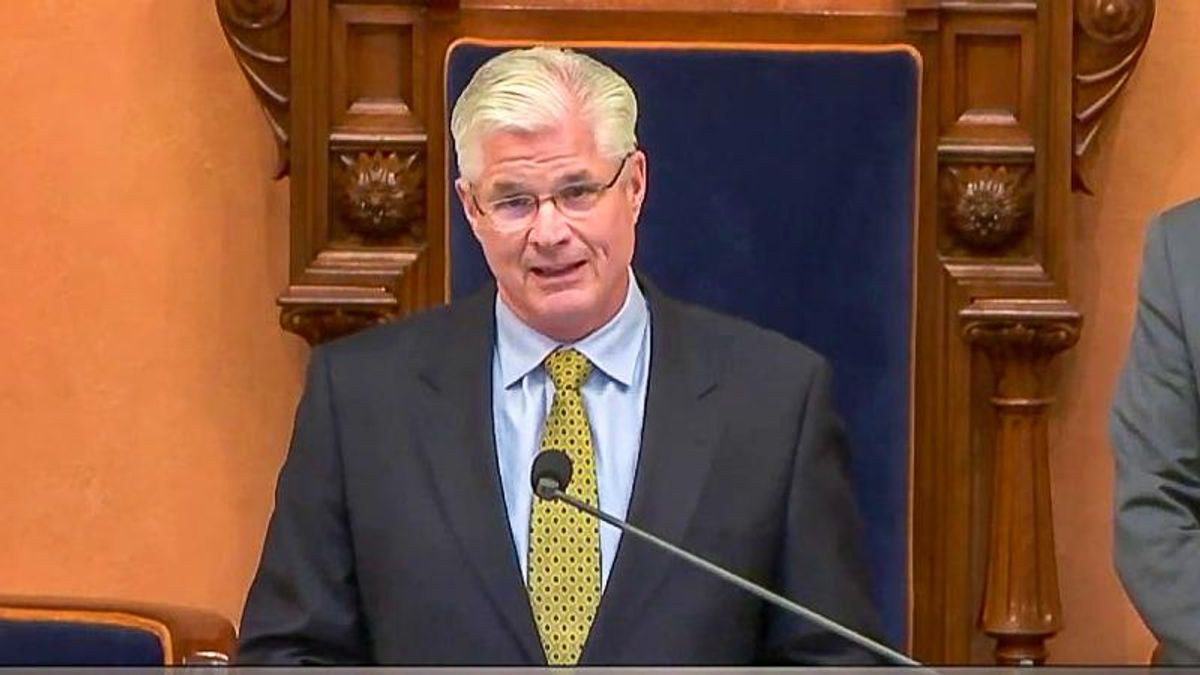 Michigan state Senate Majority Leader Mike Shirkey (R) this week appeared to double down after calling the Jan. 6 attack on the U.S. Capitol a "hoax."

“That wasn't Trump's people. That's been a hoax from day one. That was all prearranged," Shirkey said. “It was arranged by somebody who was funding it. … It was all staged."

During a session on the Senate floor on Wednesday, Shirkey could be heard speaking to Lt. Gov. Garlin Gilchrist (D) on an open microphone.

"The temperature is hot," Gilchrist can be heard saying.

"I frankly don't take back any of the points I was trying to make," Shirkey explains. "I take back some of the words I chose."

The Republican goes on to admit that the attack was "very real."

"But the assignment of cause -- it was planned weeks and months in advance," he adds with the admission that "some of Trump's people" may have taken part in the insurrection.

"The assignment of cause is really what I was talking about," Shirkey says. "I don't back off very easily."

Shirkey's remarks on the Senate floor came after he publicly apologized without retracting his remarks.

"I said some things in a videoed conversation that are not fitting for the role I am privileged to serve," Shirkey said in a statement. “I own that. I have many flaws. Being passionate coupled with an occasional lapse in restraint of tongue are at least two of them. I regret the words I chose, and I apologize for my insensitive comments."

The Michigan Democratic Party this week called on Shirkey to resign.

“We have one message for @SenMikeShirkey, who amplified and repeated lies to undermine our democracy, openly met with militia groups and gave them messaging advice: Resign," the party said in a statement on Twitter. “His rhetoric and actions are not worthy of the office he holds."

Here is the full exchange. Goes onto to say, "I don't back down very easily." pic.twitter.com/L6Re8VYtJp
— Nick Friend (@NickFriendTV) February 10, 2021