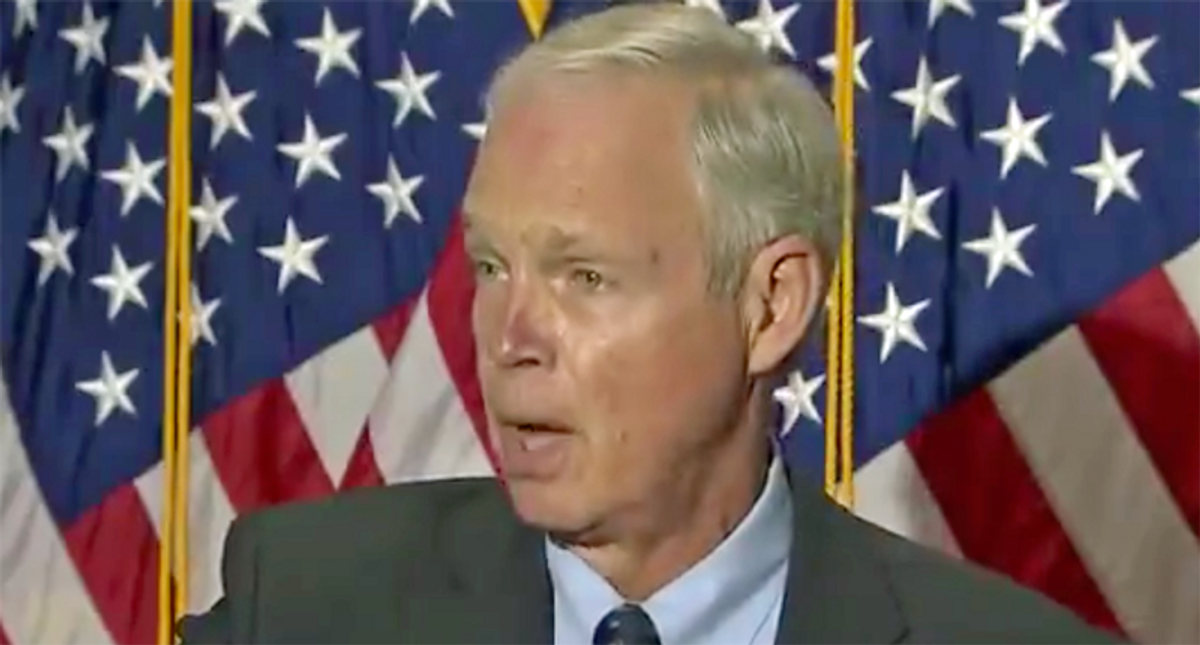 On January 7, the newspaper had editorialized that Johnson and Wisconsin Rep. Scott Fitzgerald and Tom Tiffany "resign or be expelled for siding with Trump against our republic" in their attempts to support his attempted coup. Johnson wasn't even spared by his ultimate decision not to vote to overturn the election results:

"But Johnson had been shilling for Trump and this moment for days, adding kindling to the megalomaniac's fire, so his last-minute switch does nothing to absolve his role in stoking this shameful day in American history."


Johnson had taken up the Journal-Sentinel's kind offer for space to reply. He attacked the editorial as "unhinged and uninformed" and argued this:

"Among its many baseless charges, it accuses me of "inciting violence and an act of domestic terrorism," being "a leading member of the Senate Sedition Caucus," "stoking an insurrection," "violating my solemn oaths," being a racist (they must have overlooked my involvement with Milwaukee's Joseph Project) and "shilling for Trump" (apparently along with 74 million other Americans who voted for him)."

If Johnson thought that would be the last word, he was mistaken. That statement drew this footnote:

"Sen. Ron Johnson took an oath to support and defend the Constitution of the United States. In our system, the states certify Electoral College votes and Congress acknowledges the victor. Senators and representatives cannot overturn the will of citizen voters by rejecting a state's electoral votes.

"As for racism: Underlying the attack on the U.S. Capitol was a "tribal fury against people targeted as scapegoats," we wrote, a fury President Donald Trump stoked repeatedly during his time in office. Johnson showed he was a willing accomplice in this shameful politics by repeatedly failing to adequately call out Trump's appeals to the worst prejudices in people."

MSNBC's Rachel Maddow and Steve Schmidt of the Lincoln Project were among many on Twitter cheering on the newspaper for its real-time fact-checking:

Love this. .@RonJohnsonWI should resign. @ProjectLincoln can’t wait to get started on holding this seditious fool a… https://t.co/f5je52hvWs
— Steve Schmidt (@Steve Schmidt)1611096279.0

Here's a sampling of others:

This is great. ⁦@SenRonJohnson⁩ writes an oped for the ⁦@js_politics⁩ and they footnote it to correct the lies. https://t.co/0kUMZJA4ML
— Mark Pocan (@Mark Pocan)1611096466.0