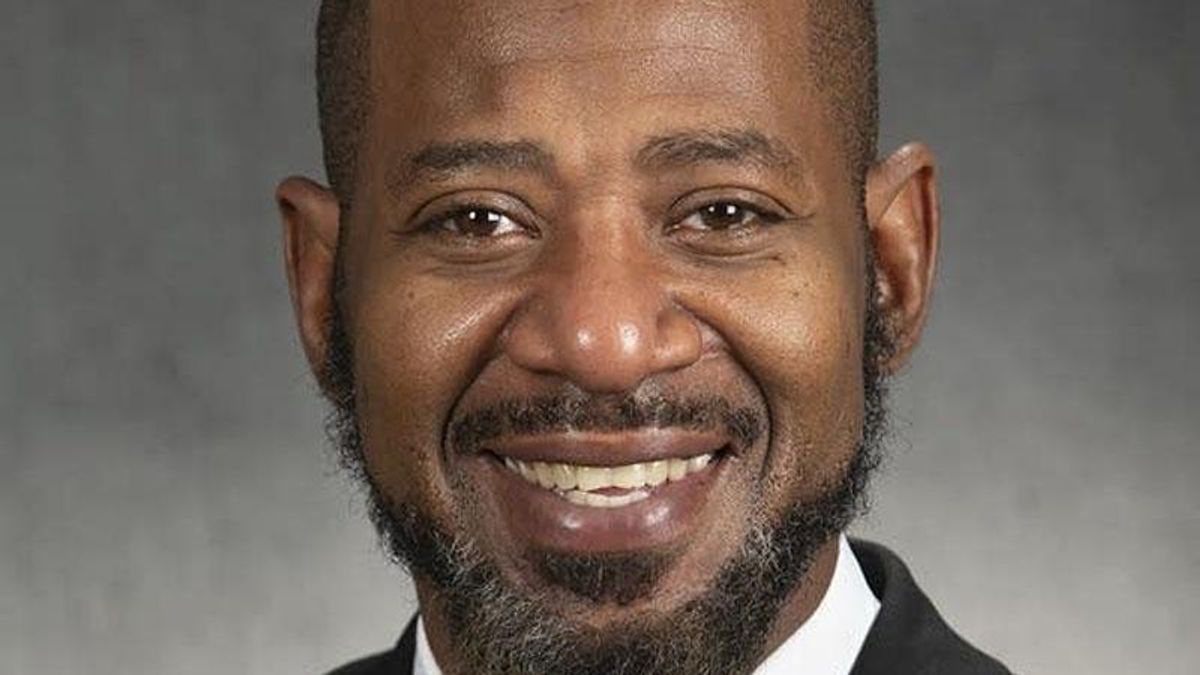 Rep. John Thompson, DFL-St. Paul, whose public controversies have created a series of political headaches for the Democratic-Farmer-Labor Party, was expelled from the House DFL caucus Tuesday, according to a statement from House Speaker Melissa Hortman and Majority Leader Ryan Winkler.

“Rep. Thompson's actions, credible reports of abuse and misconduct, and his failure to take responsibility remain unacceptable for a member of the Minnesota House of Representatives," the joint statement said. “It would be best for Rep. Thompson, his family, and the institution for him to resign. In the absence of a resignation, the Minnesota House DFL has voted to remove Rep. Thompson from the caucus."

Although a pariah among his Democratic colleagues, Thompson remains a representative in the Minnesota House, which has never expelled a member. Removal from the House requires a two-thirds vote of the entire chamber.

A Ramsey County court this week asked the state of Minnesota to take Thompson's license for failing to pay a fine resulting from a July 4 traffic violation. He was found guilty by a Hennepin County jury in July for disorderly conduct stemming from an incident at North Memorial Health in 2019. Fox 9 reported in July that between 2003 and 2009, police reports revealed allegations that he punched, hit, and choked women, including in front of children, though he was never ultimately charged with those crimes.

Thompson published a lengthy statement on his Facebook page Tuesday, which says in part that, “Allegations about something that allegedly happened to me 20 years ago does not disqualify me from doing my job today. As a matter of fact, it only gave me strength to fight harder and help transform the communities I am fighting for."

Thompson won a DFL primary in 2020. Shortly after, he traveled to the suburban Hugo home of former Minneapolis police union leader Bob Kroll and his wife, WCCO reporter Liz Collin, for a Black Lives Matter protest in the wake of the police murder of George Floyd. Thompson was filmed shouting obscenities and veiled threats about the city burning: “This whole (expletive) state burned down for 20 (expletive) dollars. You think we give a f— about burning Hugo down?"

Thompson's Facebook statement acknowledged mistakes: “Have I made some bad decisions in the past? Yes. Have I been through the storm and back? Yes. Am I a passionate and vocal Black man? Yes."

Thompson's political activism was catalyzed by the police killing of his friend Philando Castile, who was shot in the summer of 2016 by a St. Anthony police officer and who was acquitted of wrongdoing.

He says his wife encouraged him to start seeing a “culturally intelligent male mental health specialist" in 2016, an incredibly difficult year for him. In addition to Castile's killing, Thompson's mom died and his son was “shot in the crossfire of gang violence."

Thompson wrote that his family has sought mental health help for their children “because of the slander that they see about us in the media."

The latest round of trouble for Thompson began in the wake of a July 4 traffic stop, when he showed a Wisconsin drivers license, which raised questions about his residency. He accused the officer who stopped him of racially profiling him.

He signaled that he doesn't plan to resign and will continue to be “an agent of change."

“It's what I have done, and what I plan to continue doing," he wrote.

That's likely to displease his fellow Democrats, who have sought to unload Thompson for months given the easy target he creates for Republicans in the 2022 election at a time when crime is at the top of the electoral agenda.

And it is not just suburban and rural Democrats who fear association with Thompson. After the July domestic violence allegations, Sahan Journal reached out to all 21 members of the People of Color Indigenous Caucus in the Minnesota Legislature — a diverse group of urban, progressive lawmakers — and not a single one would comment on Thompson's travails.

Six of those members — Reps. Aisha Gomez, Athena Hollins, Esther Agbaje, Fue Lee, Hodan Hassan and Jay Xiong — released a statement Tuesday in which they do not specify how they voted in the expulsion matter. They say they do not condone Thompson's behavior but also called the row a lost opportunity “to find accountability in a way that seeks redemption and transformation."

The statement from the six Twin Cities Democrats also blames “the systems that fail Black families regarding domestic violence, exorbitant fines and fees, and lack of services (that) are also weaponized when convenient to ensure Black families remain in a state of despair."